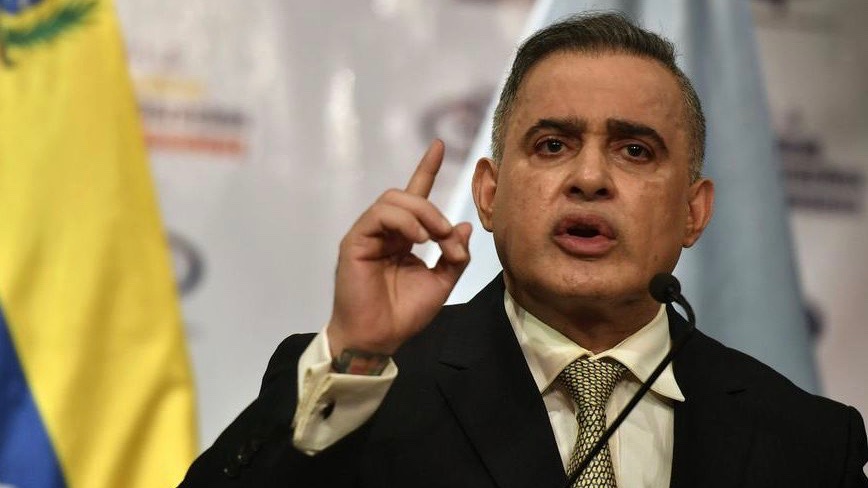 Venezuelan attorney general, Tarek William Saab, informed that the government had requested Brazil to extradite the five defectors of the National Bolivarian Armed Forces involved in the attack on military bases in the Gran Sabana municipality on December 22.

Venezuelan Attorney General Tarek William Saab announced on January 2 that the government has filed a formal request to Brazil to extradite the five defectors of the National Bolivarian Armed Forces (FANB) detained in Brazil, who were involved in the attack on military bases in the Gran Sabana municipality.

“We have sent our counterpart of the Federative Republic of Brazil, Augusto Aras, a communication informing him of the proceedings for the extradition of 5 former FANB officers involved in the attacks on two military bases in the municipality of Gran Sabana. In this communication we formally request that the authorities of the Federative Republic of Brazil initiate the necessary procedures in order to make these citizens available to the Venezuelan authorities,” tweeted William Saab.

During the early hours of December 22, two Venezuelan military bases in the Gran Sabana municipality in the south of the country, bordering Brazil, were attacked by a group of terrorists. The armed men killed a soldier and stole 122 AK-103 rifles, 120 grenades, 3 anti-missile rocket launchers, 3 machine guns, 10 bazookas, 10 AK-103 ammunition boxes and 2 trucks from the base.

Immediately after the attack, military and police officials were deployed in the area to capture the perpetrators. The officials captured six of the attackers and recovered most of the stolen weapons and trucks.

Venezuelan President Nicolás Maduro, Vice President of Communication, Culture and Tourism Jorge Rodriguez and Venezuelan Foreign Minister Jorge Arreaza, had denounced that the attack was perpetrated with the help and support of the right-wing governments of Brazil, Colombia and Peru to destabilize Venezuela and to generate the conditions for a military intervention in the country.

A week after the incident, the Brazilian security forces arrested 5 Venezuelan soldiers, who confessed to the crime. However, Brazilian President Jair Bolsonaro announced that the country would grant refuge to those soldiers, confirming its alleged complicity in the attack.

Foreign Minister Arreaza denounced the Brazilian executive’s decision and said that it “violates international law, establishes a dangerous record of protection for people who have committed flagrant crimes against the peace and stability of another state.”

Despite the fact that the 5 defectors linked to the armed attack are under the protection of the Brazilian authorities, the Venezuelan government sent the request, aspiring to receive the collaboration of Brazilian authorities in the fight against terrorism and threats to social peace.