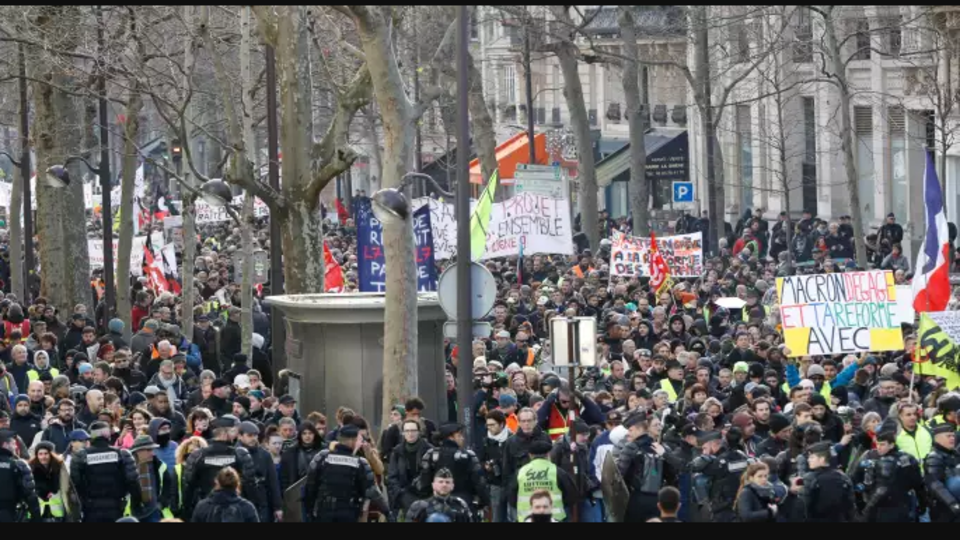 On Saturday, January 4, tens of thousands of people hit the streets of France yet again, demanding the withdrawal of the controversial pension reforms introduced by the government of President Emmanuel Macron. Trade unions such as the General Confederation of Labour (CGT), Workers Force (FO), Solidaires and FSU, as well as the Yellow Vests participated in the national mobilization on Saturday.

According to reports, police fired tear gas canisters at the protesters who marched in Paris. Marches were also organized in various other French cities, including massive demonstrations in Marseilles and Toulouse, among others.

According to the government’s proposal, as of 2025, workers in France will have to toil till the age of 64 in order to avail full pension benefits. The current retirement age is 62. Additionally, the contributions of the employees during their careers will be graded as points, which will be used to calculate their pension amounts in Euros. As of now, each point has not been given a specific valuation as it is subject to fluctuations in the economy. The French government wants its reform bill passed before the summer of 2020.

Workers across the country have been protesting the reforms for months, and organized major national and local mobilizations throughout December. The unions have also called for a national strike on January 9, and countrywide mobilization on January 11, in order to mount pressure on the authorities to concede in the negotiations which are likely to resume this week.