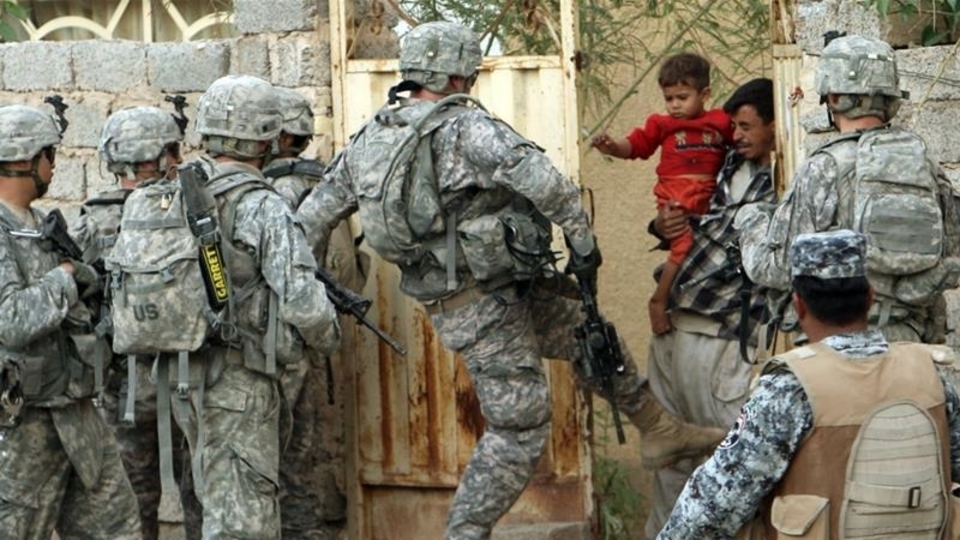 US soldiers in Iraq are currently deployed on the basis of the Strategic Framework Agreement signed in 2011. Photo: Goran Tomasevic/Reuters

The recent escalation in tension in West Asia following the assassination of Iranian major general Qassem Soleimani by the US has brought renewed focus on the presence of foreign troops in Iraq. On January 5, two days after the assassination, the Iraqi parliament passed a resolution asking the government to initiate withdrawal of all foreign troops, including US troops, from the country. The US has however refused to engage with Iraq on this issue.

The five-point agenda set by the Iraqi parliament also includes the demand to end all requests for assistance from foreign troops in the war against the Islamic State (ISIS) or Daesh, a ban on the use of Iraqi airspace by any foreign power, and the filing of an official complaint with the UN against the violations of Iraqi sovereignty by the US during its airstrikes. All of these are legitimate concerns given the possibility of Iraq becoming a battleground for two hostile foreign forces.

However, due to the fact that the current Iraqi government is a caretaker one, the legal process for the evacuation of foreign forces may take some time. This delay may intensify the vulnerabilities of the foreign troops, given the anger in Iraq against these forces and the Iranian demand for their complete withdrawal from the region.

There are nearly 5,200 US soldiers in Iraq. The deployment of these soldiers was made under the specific circumstances of the rising threat of the Islamic State (IS) or Daesh in 2014. As per the agreement signed between the Iraqi government and the US, these forces were to assist, train and advise Iraqi forces in their fight against the IS. Since both the US and the Iraqi government have already declared their victory over Daesh in 2017, there is no real rationale for the US troops to stay back.

The post-IS stay of the US and NATO forces was justified as part of “stabilization efforts”. However, it is clear now that the further stay of these forces may create more instability.

Speaking during the presentation of the resolution in the parliament on January 5, caretaker Iraqi prime minister Adel Abdul Mahdi said that the interests of the US and Iraq are increasingly at odds. According to him, in recent times, the US has violated the troop deployment agreement signed by the previous government and has violated Iraqi sovereignty. The troop deployment agreement signed in 2014 is originally based on 2008 Strategic Framework Agreement (SFA).

On December 29, 2019, the US had launched airstrikes on three different locations inside Iraq and two locations inside Syria killing 25 Iraqi soldiers and militia members in the name of targeting the Kataib Hezbollah, a militia associated with country’s semi-official Popular Mobilisation Forces/Units (PMF). The assassination of major general Soleimani and PMF leader Abu Mahdi al-Muhandis on Iraqi soil too was in violation of the agreement.

Mahdi in his speech highlighted these incidents and emphasized that “it would be difficult for Iraqi security forces to protect US forces” anymore. Mahdi said he had been asked to mediate between Iran and Saudi Arabia after the attacks on Saudi Aramco in September 2019. However, the US continued its unilateral approach and assassinated major general Qassem Soleimani.

There is a subtext to the sudden rise in the US activities in Iraq. According to some media sources, Mahdi claimed that the US actions have something to do Iraq signing an “oil for reconstruction” deal with China in September. He linked political unrest in the country with the displeasure of the US over the deal. The deal had effectively increased the Chinese share in Iraqi oil exports to almost 20%. Similar deals with China signed in 2015 were later revoked due to the change in the government under the US pressure.

In recent months, China has emerged as a potential competitor of the US in the region. With the growing trade war between them and Trump’s attempts to save US hegemony in the region, the question arises as to whether this is true reason behind such maneuverings in Iraq.

Panic among the US troops

After the adoption of the resolution by the Iraqi Parliament, president Trump threatened severe sanctions against the country if US troops were were forced to leave. However, at the same time, it was reported that local commanders issued a letter to Iraqi authorities stating their desire to leave the country. Though US Defence Secretary Mark Esper later tried to clarify calling the letter an unsigned “badly worded draft” circulated by mistake, the fiasco shows the confusion among the US commanders and soldiers on the ground.

The US does not have any exclusive base for its armed forces inside the country. It shares bases with Iraqi forces. Kataib Hezbollah has already issued warnings to the Iraqi forces to stay away from these bases hinting at possible attacks on US soldiers. In the past few days, several rounds of rocket attacks have already taken place on the high security Green Zone, a proof of the vulnerability of these forces.

Though Kataib Hezbollah has been designated as a terrorist organization by the US now, it was an ally during the fight against the IS. In recent times, it has also faced several Israeli attacks. It had retaliated against the US forces given the closeness between Israel and the US. In one of those attacks in late December, an American contractor died and four US soldiers were wounded. This was the justification for the US launching airstrikes on December 29.

These attacks led to an increase in anger against US forces in Iraq. The massive demonstration in front of the US embassy in Baghdad on December 31 is a case in point. In the 16 years of occupation, the US forces have been been involved in several illegal acts of killing of innocent civilians and the destruction of religious and cultural sites. They have survived in the country primarily because of the strong links between the ruling elites of both the countries.

Recent developments, including Trump’s policy failures in the region, have widened the rift between the ruling classes, making the pro-American lobby in Iraq weaker. This is the reason that the opposition to the US forces in the country has increased. Apart from Kataib Hezbollah and the parliament, several leaders including Moqtada al-Sadr, the leader of the largest parliamentary block who also enjoys a massive influence among the Iraqi militias, have already expressed their desire to see a “humiliating exist” of US forces from the country. Another major leader, Qais Khazali, said the US forces would be treated as occupying forces if they don’t leave the country.

Iran has emphasized that the expulsion of the US troops from West Asia would be the “revenge” for the killing of Soleimani. The direct attack on Iraqi bases on January 8 and Iran’s capacity to attack anytime anywhere in the region would add to the pressure on the foreign forces to leave Iraq as soon as possible.

After the 2003 invasion of Iraq, more than 150,000 US soldiers were deployed in the country. There were an additional 23,000 soldiers from other parts of the world.

In 2011, the majority of these soldiers were withdrawn as per the 2008 US-Iraq Status of Forces Agreement (SoFA) signed between George Bush and Iraqi prime minister Nouri al-Maliki.

According to the Strategic Framework Agreement (SFA) signed in the same year, the US had agreed to not create any permanent base in Iraq and also never use its land to launch any attack on a third country. It specifically states that the presence of US forces in Iraq is temporary and based on the invitation extended by the state which can be revoked by Iraq anytime. This is the agreement on which the 2014 troop deployment from the US and other NATO countries was based. There are around 2,000 troops from other NATO countries in Iraq.

Article 5 of the agreement gives ownership of all the bases created during the US presence in the country to Iraq. In this context, president Trump’s call for compensation for the bases it has built has no legal basis.

Though some of the Kurdish and Sunni leaders have expressed their apprehensions about the expulsion of the US forces from the country based on their experience of sectarian division of armed forces in the country, it seems their opposition is not so strong anymore. This is borne by the fact that instead of opposing the move to expel US forces, Kurdish and Sunni members of parliament simply stayed away from the proceedings on January 5.

The presence of the US troops in Iraq will invite more attacks and possible retaliation, adding to the instability of the country. For Iraq, the withdrawal of these forces will ensure that it does not get caught in the rising tensions between Iran and the US.