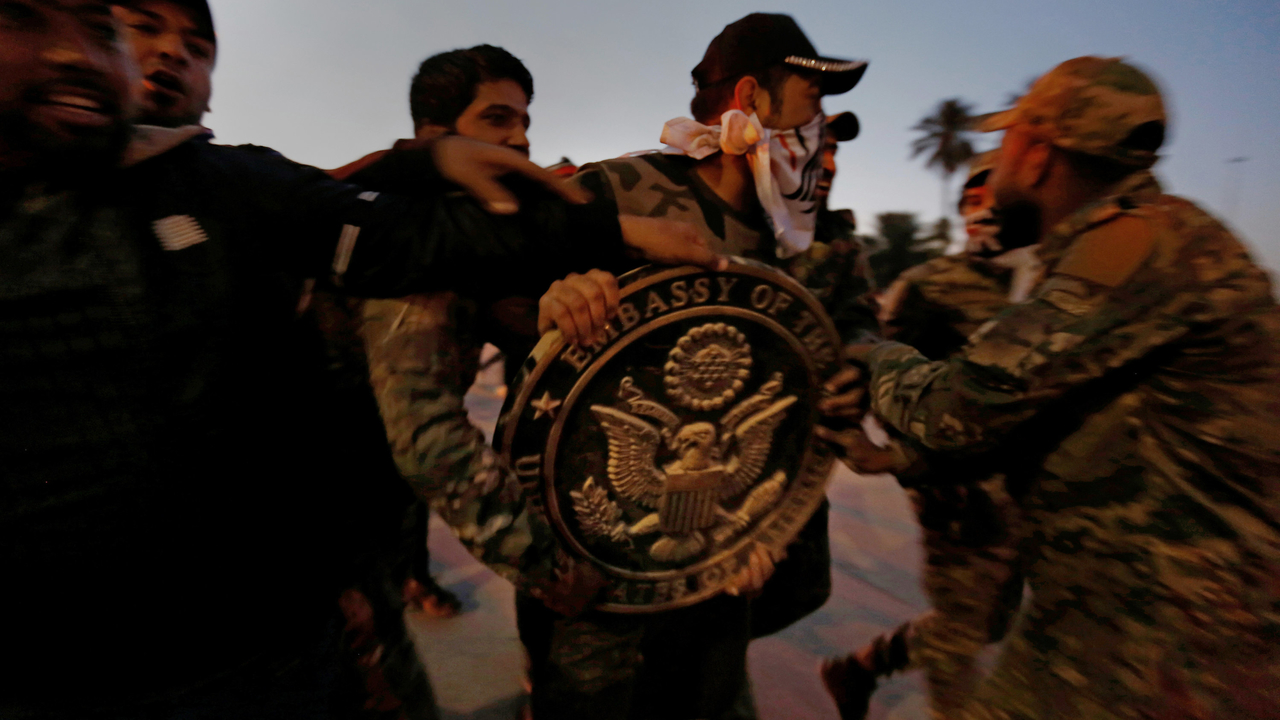 Protesters vandalising the US embassy in Baghdad on December 30. (Photo : Reuters)

Moqtada al-Sadr, the leader of the largest parliamentary block in Iraq, Sairoon, has given a call for a million-man march on January 17, Friday, against the presence of US troops in the country.

“The skies, land and sovereignty of Iraq are being violated every day by occupying forces,” al-Sadr tweeted. His call was supported by leaders of several other militias and political groups, including Kataib Hezbollah, the Sadiqoon block in the parliament and other constituents of the Popular Mobilisation Forces (PMF). The PMF is a group of militias, including the Kataib Hezbollah, which were instrumental in the fight against the Islamic State and are under the direction of the Iraqi government. Its senior commander Abu Mahdi al-Muhandis was killed in a US attack on Baghdad airport on January 3.

Moqtada al-Sadr had termed the parliamentary resolution of January 5, which asks the Iraqi government to initiate the process of expulsion of foreign forces, a “weak” response. Instead, he called for a “humiliating expulsion of the foreign troops” from the country in the aftermath of the assassination of Iranian general Qassem Soleimani and al-Muhandis.

Kataib Hezbollah and the PMF have been leading popular protests against US troops since December 30, a day after the US attacks on their bases which killed 25 of their cadres. They had also organized a large protest demonstration at the US embassy in Baghdad’s high security Green Zone on December 31.

The 5,000-odd US forces in Iraq were deployed to assist the Iraqi forces in their fight against the Islamic State (IS) or Daesh in 2014. The defeat of the IS in 2017 has removed any legitimate basis for them to stay back. Last week, the Iraqi government had formally requested the withdrawal of these troops. However, US president Donald Trump has refused to do so and has warned of strict economic sanctions if US soldiers are asked to leave the country.

Most of the Iraqi militias had fought against the IS and had collaborated with the US forces in the past. However, in recent times, the US has accused them of helping Iranian interests in the country. In turn, these militias see growing collaboration between the US and Israel. The Iraqi government has also accused the US soldiers of violating Iraqi sovereignty by carrying out coordinated air strikes on the bases of some of the militias. The US forces also stand accused of several human rights violations in Iraq.

In retaliation, some of these militias have carried out missile attacks on the bases where US soldiers are located. The PMF constituents have asked Iraqi forces to stay away from the US soldiers in order to avoid harm in such attacks. In one such attack yesterday on Taji military camp near Baghdad, two Katyusha rockets were fired with no casualties recorded so far.