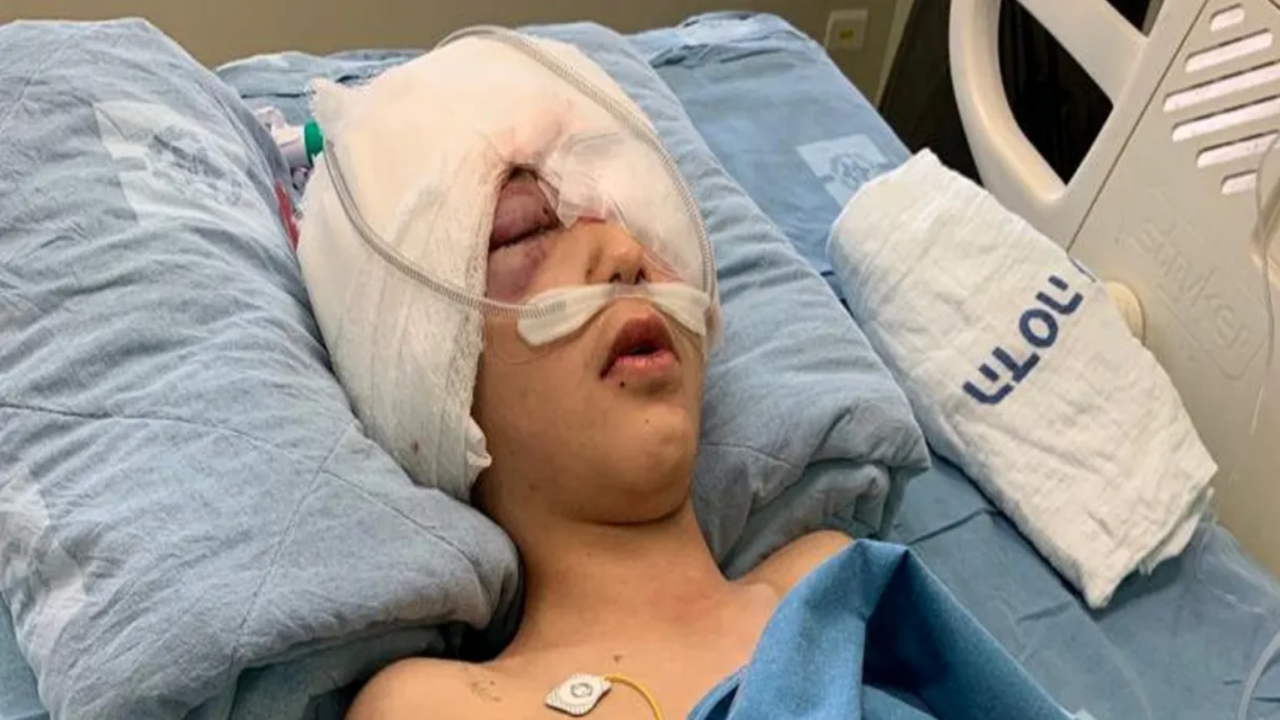 Malek Issa is battling life threatening injuries at at the Hadassah medical center in al-Issawiya.

Israeli soldiers on Saturday, February 15, shot at and gravely wounded an eight-year-old Palestinian boy with a rubber-coated steel bullet. The incident took place in the al-Issawiya neighborhood of occupied East Jerusalem. The child, identified as Malek Issa, was walking back home from school with his sisters when the Israeli soldiers shot at him without any cause or provocation, according to the Palestinian WAFA news agency. The family of the injured child stated that he is in a ‘critical condition’ at the Hadassah medical center in al-Issawiya, battling life threatening injuries, according to the International Middle East Media Center (IMEMC).

The child is suffering from a skull fracture and hemorrhaging in the brain, and will most likely lose his left eye. IMEMC quoted his mother as saying that the child, along with his sisters, took a bus to the center of al-Issawiya, 200 meters from his home. They informed their mother that they had reached that spot and she told them to walk the remaining distance. The group of children proceeded to walk towards home, stopping in between at a local shop.

As the left the shop, Israeli soldiers fired bullets at the children. When Malek was hit, one of his brothers rushed to his aid. A little later, an ambulance arrived and transported the child to the hospital. His father told local media that his son appears to have been shot at from close range, and that the situation was calm before the soldiers fired on the children. Locals in the neighborhood told reporters that the Israeli soldiers invaded the area with the purpose of kidnapping and arresting a young Palestinian man. They fired rubber-coated steel bullets and tear gas bombs at the Palestinians present in the area to clear out the area to conduct their raids and searches.

Meanwhile, in al-Khalil, the Israeli army arrested four young Palestinian men, including two minors, from the al-Arroub refugee camp and Dura town. The detainees were identified as Mohammed Ewreidat, 25, Nader Banat, 20, Baraa Hadib, 15, and Ahmad Hadib, 14. The soldiers also raided the neighboring villages of Nabi Saleh in the west of Ramallah and Deir Nizam village following which Palestinian residents protested. The soldiers resorted to firing tear gas canisters, rubber-coated steel bullets and even live ammunition at the protesting Palestinians. In Deir Nizam, the residents also proceeded to remove the metal gate and cement blocks that the Israeli army had placed at the entrance of the village to obstruct and hamper the movement of Palestinians.