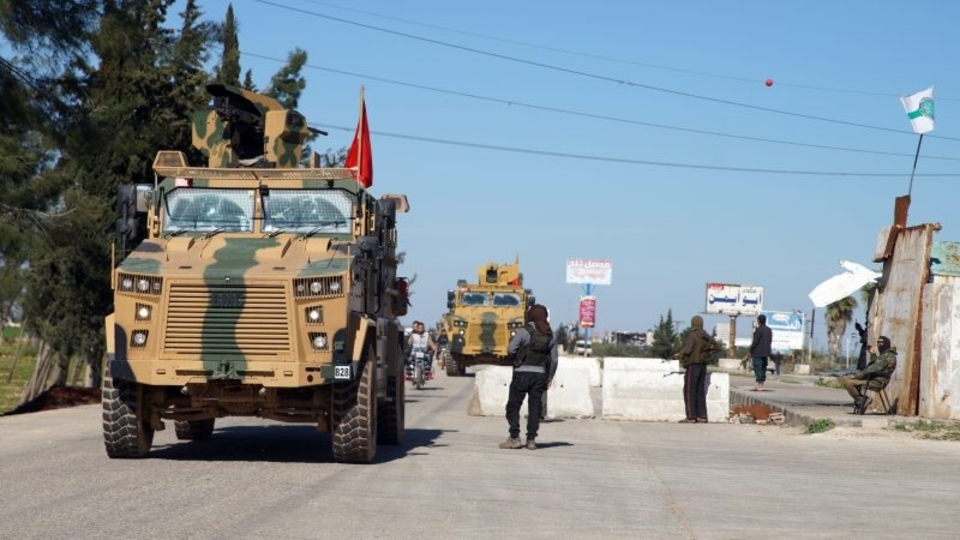 At least 33 Turkish soldiers were killed in Syria’s Idlib during an airstrike carried out by the Syrian air force targeting rebel-held locations on February 28, Friday. Turkey has invaded Syrian territory to help the anti-government Free Syrian Army maintain its control over the province.

Tukey recently increased the size of its invading army inside Syria after the Syrian government forces started an operation to liberate the territory and end the 9-year-old war in the country.

Idlib province is home to around three million people. It is currently controlled by Hayat Tahrir al-Sham (HTS), which was formerly affiliated to al-Qaeda, and the Free Syrian Army supported by Turkey. Idlib is the last rebel-held territory in Syria.

The Syrian forces started the operation to take back control over the province in December last year with the help of Russia. They have been able to capture a large portion of its southern part recently, despite losing the town of Saraqeb after capturing it earlier this month.

The offensive on Idlib has led to a diplomatic tussle between Syria and Turkey, with the latter blaming the Syrian government for violating a ceasefire agreement signed in Astana in 2017. However, Syria and Russia claim that Turkey never implemented its part of the deal according to which rebels were to be evacuated from the region.

Russia, which coordinates the Syrian forces’ airstrikes, claimed that “Turkish soldiers who were in battle formations of terrorist groups came under fire of Syrian troops,” Al Jazeera reported.

Meanwhile, Turkey has announced the opening of its border with Syria to allow the entry of refugees. It has also declared that it will not stop these refugees from moving to Europe. This move is in violation of an agreement reached between Turkey and the European Union in 2016, as per which, Turkey had agreed to prevent refugees from moving into Europe from its territory in return for financial aid. The Turkish announcement is being viewed as a pressure tactic to force the Europeans to act against Syria.

The war in Syria has caused the deaths of around 400,000 people. It has also led to the displacement of almost half of Syria’s population, the majority of whom are internally displaced. Almost seven million Syrians have been forced to flee the country. More than half of these refugees are living in Turkey. It is estimated that the war for Idlib has already displaced around a million more Syrians.