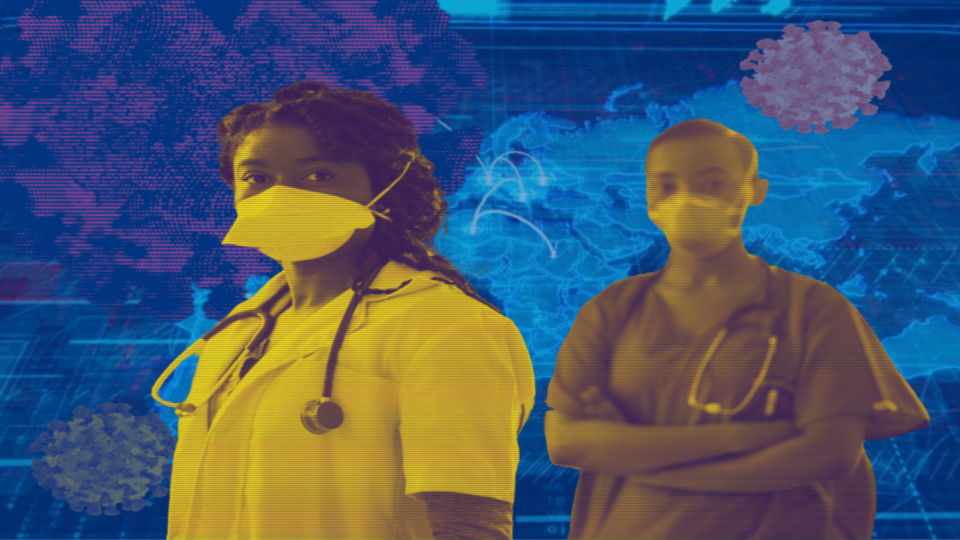 With the rapidly deepening global spread of COVID-19, the World Health Organization of the UN declared a pandemic March 11.

China’s massive coordinated tackling of the virus has brought the disease under control there. In all of China, only 15 new cases of infected individuals were reported on March 11, eight from Hubei province where the disease first began. It is an amazing feat made possible only by a centralized and determined government policy.

Contrary to secretary of state Mike Pompeo’s outright lie that China had hidden information on the virus, China made available to the world the virus’s genome on January 10 so researchers could work to develop a vaccine. This was three days after the virus was identified.

But in the United States, the opposite is taking place. With non-existent national health care, cuts in social services, workers with no guaranteed paid sick or vacation pay, and the severe shortage of testing kits to quickly identify and isolate people who test positive, a potential catastrophe is looming.

There is absolutely no national plan of any kind.

On March 11, Trump appeared on national TV to speak of emergency measures. Up to now, he had downplayed the seriousness of the virus, claiming it to be similar to the flu. The flu mortality average is 0.1 percent, while the COVID-19 mortality rate is as high as 3 percent in many places.

Relief lines for capitalists only

Trump said he would ask Congress to aid workers who are quarantined, without providing specifics. He called for the Small Business Administration to provide capital and liquidity for those “in affected states,” and called on Congress to provide payroll tax relief for corporations.

On March 10, after meeting with the executives of Goldman Sachs, Bank of America, JP Morgan Chase, Wells Fargo, and Citigroup at the White House, the administration floated the idea of $700 billion in payroll tax cuts. This new tax break would be on top of the trillion-dollar cut signed by Trump into law in 2017. That law dropped the previous top tax for the highest-profiting U.S. corporations from 35 percent in 2016 to an abysmal 11 percent paid last year by corporate giants.

Slashing conglomerates’ taxes means major cuts in social services and a greater tax burden on the working class and poor.

COVID-19 and the latest stock market crash reveals the capitalist system in its most brutal form. The capitalists cause the financial crisis with their banking and stock market speculation, but when they fail and get “rescued,” the people pay in foreclosures, evictions, layoffs and greater poverty.

Although the Democratic Party leadership is countering Trump’s proposal by calling for $40 billion in emergency relief, much more is needed financially and with state-of-emergency declarations. Otherwise, if homeless people are exposed without care, seniors isolated while staff is reduced, tenants evicted, and homeowners foreclosed only to face a permanent state of destitution, huge numbers of people could die without proper care.

Fight the virus, not people!

The emergency decrees and executive orders of federal, state and local governments are not addressing the real needs to combat the disease and help the people. Tens of millions are already one paycheck away from destitution and homelessness.

Without sweeping economic measures, a catastrophe of monumental proportions stands to affect tens of millions of people.

As it stands, people across the United States are left to fend for themselves. Universities are closing down and evicting students from their dorms. Mass layoffs are already happening, in addition to workplaces being transferred to home work. Many workers are sent home with no pay, schools are closed, and parents scramble for childcare.

The United States has enormous productive capacity to resolve every human being’s needs in the country, employment, housing, health care, education, childcare, secure retirement, a complete overhaul of infrastructure, culture and overall well being. Literally every person could enjoy a full life.

What stands in the way is the system of private ownership. Under capitalism, every essential need for life is in the hands of the capitalists, who only produce if they can make a profit. And yet it is the working class that produces all the wealth. With socialism, instead of profits as the motive force of society, the common ownership and distribution of wealth allows the working class to run society for the good of all.

Today, the virus crisis requires emergency measures of national proportions. How will it all be paid for? Rescind the trillion-dollar tax giveaway to the rich! Use that wealth, shut down the Pentagon budget and use the massive wealth to fight the virus and protect the people, both at home and abroad.

The Party for Socialism and Liberation and La Riva/Peltier presidential campaign calls for an immediate emergency program to combat the virus:

Provide free testing in newly created health centers for the whole population, identify the circle of people who are possibly exposed to isolate and minimize spread.

Require employers to meet with and defer to front-line health workers on decisions related to staffing, health and safety.

Emergency order for full pay and benefits if not able to work due to the crisis, including but not limited to closures, cancellations, cut hours, quarantine, illness or caring for ill persons, and so on. An immediate $15 per hour minimum wage including for workers who depend on tips.

Moratorium on all evictions and rent increases during the epidemic, ban on all foreclosures, including for small businesses. Bail out the people, not the banks! Expedite and extend unemployment.

No ICE or immigration deportations or raids, close the ICE jails, free the children and parents, unite the families.

Vastly increase medical staff and care in all prisons and jails. Compassionate release for elder prisoners, seniors being the most vulnerable to COVID-19 virus.

Full funding for inspectors of nursing homes, long-term care facilities, and senior centers to assure healthy and safe conditions for residents. Hire massive workforce to survey seniors, door-to-door, to assure they are safe and getting proper care.

Guarantee multilingual staff in as many languages as exist in the communities, to serve the people in health services and social services.

Use the power of eminent domain to house homeless people and overcrowded households in existing vacant housing units in good condition. There are 17 million empty homes in the U.S. and 500,000 estimated homeless.

If universities and other schools empty the dorms, the school must provide students alternate housing, food and health care.

Massive public education campaign in the media and in public to prevent spread of illness, proactive education to oppose stigma, xenophobia and racism.

Open all clinics and hospitals, treat all regardless of ability to pay. Massive funding for the hospitals, clinics, to improve facilities, open up closed hospitals.

Expand food stamps to families and individuals, including those who currently don’t receive, double the monthly amount. No cuts, no work requirement attached.

No utility shutoffs regardless of weather, including water, electricity, gas, telephones, and wifi. Deliver heating fuel to those in need.

Create a workforce of social workers and caregivers to survey all homes where seniors live, to assure they are getting food and care.

Federal emergency funding to rescue the defined-benefit pension plans, now in danger of collapse due to the stock market crash.

End the U.S. blockades and sanctions against Cuba, Venezuela, Iran, North Korea, and all countries that are sanctioned. They need access to medical supplies and medicines that are currently blocked by the U.S. government. Cuba has a highly effective Interferon medicine that has saved lives affected by COVID-19 in China. Worldwide, international cooperation is critical.

Gloria La Riva is the presidential candidate of the Party for Socialism and Liberation for the 2020 US presidential elections. This article first appeared on liberationnews.org, the website of the party’s newspaper.