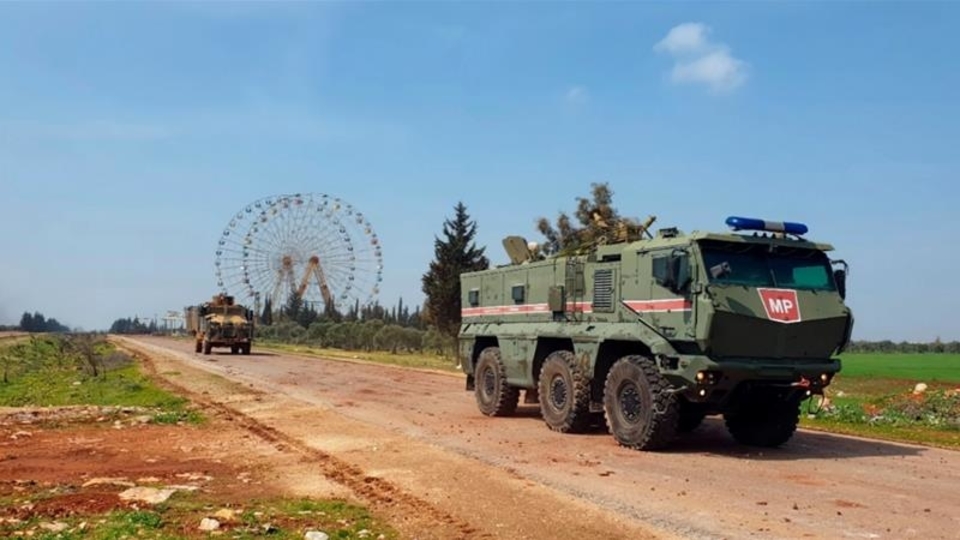 Two Turkish soldiers died and six more were wounded in an attack in Syria on March 19, Thursday, when the soldiers were patrolling the M4 highway which links the province of Latakia with Aleppo. The Al-Qaeda-affiliated militant group, Hurras al-Din, has taken responsibility for the attack, as per Xinhua news agency.

As per a ceasefire deal between Russia and Turkey signed on March 5, both the countries are jointly patrolling the M4 highway in order to keep it free for movement. However, Turkish-supported rebels in Syria do not support the ceasefire deal. On March 15, they tried to block the joint patrolling of the highway by organizing a demonstration against it.

The M4 highway passes through Idlib province which is the last rebel-held region in Syria. The ceasefire deal was signed to halt the months-long operation by the Syrian government forces to recapture the region with the support of the Russians.

Turkey, whose invading army inside Syria backs the opposition forces, had threatened to start an offensive against the Syrian government forces after almost 60 of its soldiers died in crossfire. In order to avoid such a scenario, Russia signed the ceasefire deal with Turkey halting the operation. Prior to this, the Syrian government forces were able to take control of a large part of the Idlib province, including the M4 highway.

The Syrian opposition forces – which includes the Free Syrian Army and some al-Qaeda affiliated groups – have been supported by Turkey since the beginning of the war in 2011. Turkey has tried to justify its intervention in Syria on the pretext of preventing the rise in the number of Syrian refugees inside Turkey. The war in Syria has displaced over half of the country’s population of 20 million, with almost 4 million refugees living in Turkey alone.