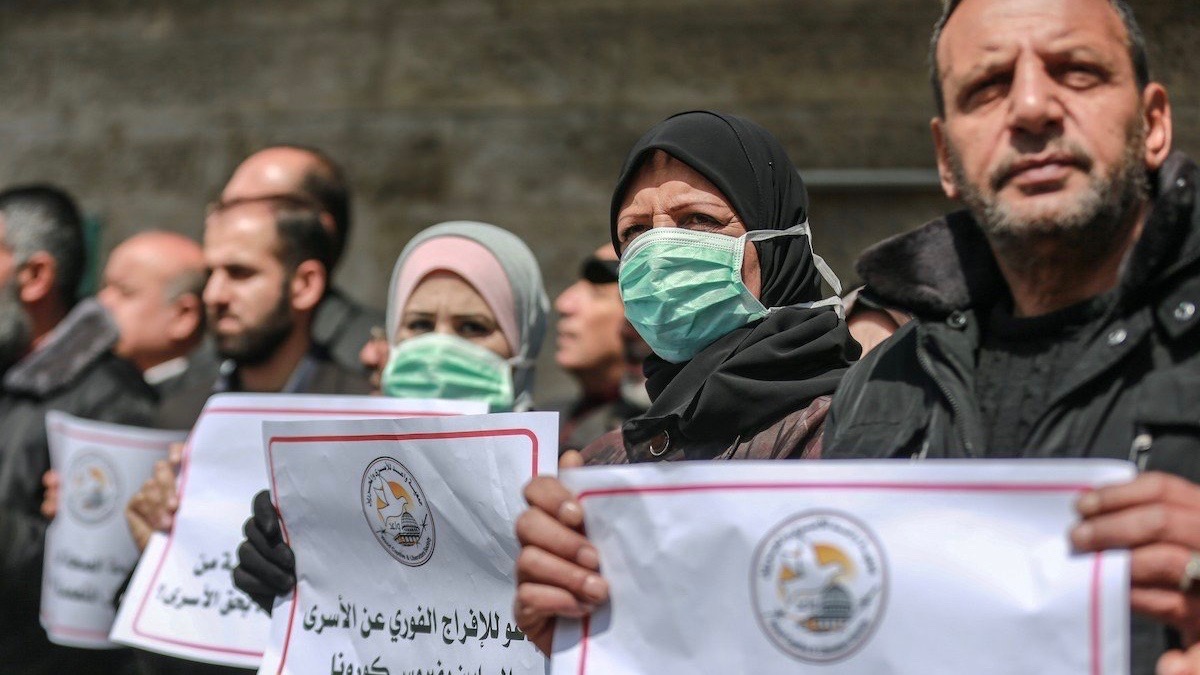 Palestinians demonstrate in Gaza City for the release of Palestinian prisoners in Israeli jails, on 19 March. (Photo: Ali Jadallah/Anadolu Agency)

Palestinian prisoners in at least two Israeli prisons have launched an open-ended hunger strike to protest the inadequate measures taken and negligence shown in the treatment of inmates by Israeli prison authorities amid the threat of COVID-19 spread in Israeli prisons. Rights groups have accused the Israeli authorities of failing to ensure the protection of the prison population due to the lax implementation of safety protocols and lack of adequate access to medical and sanitation facilities.

More than 208 countries are affected by the COVID-19 pandemic. Over 1.36 million people have been infected worldwide and more than 76,000 deaths recorded.

Several Palestinian news outlets reported that prisoners in the Shata and Ofer prisons embarked on hunger strike in protest against the Israeli prison authorities. The Palestinian Information Center on April 5 quoted Fekri Mansour (40), an inmate at the Shata prison, who claimed that the Israeli prison service is deliberately denying Palestinian prisoners and administrative detainees essential medical items and protection equipment such as masks, gloves, hand sanitizers, etc. He alleged that without access to even basic hygiene items, thousands of prisoners’ lives are being put at risk.

The prison authorities have also not conducted adequate testing, or quarantined those who came into contact with the now-released Palestinian prisoner who was tested positive for COVID-19 after his release.

The Palestinian Prisoners’ Society (PPS) told WAFA news agency that more prisoners may join the hunger strikes if the Israeli prison service (IPS) does not meet their demands.