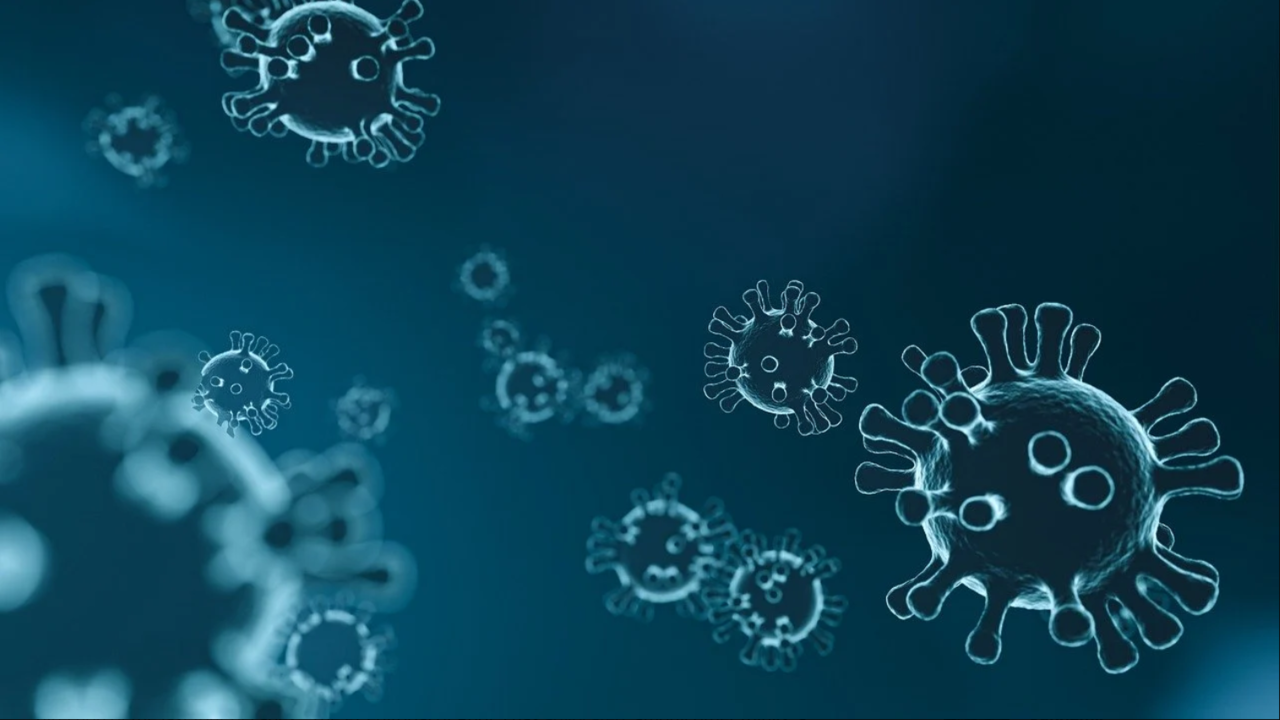 It is a sign of how bad things are when the editorial board of the Financial Times, the world’s leading business newspaper, carries an editorial calling for “radical reforms… reversing the prevailing policy direction of the last four decades.” The FT editorial of April 3 has advocated, among other things, a more active role for governments in the economy, ways to make labor markets less insecure, and wealth taxes. The FT’s editorial board, increasingly concerned about saving capitalism from itself, had written about the need for “state planning” and a “worker-led economy” last year in August. But the April 3 editorial has garnered much more attention since it comes amidst a massive crisis.

By now, it has become obvious that substantial state intervention in the economy—frowned upon by the apostles of neoliberal economics—is back to the center stage across the world.

The situation is such that the public sector, long maligned by neoliberal economists and weakened by governments beholden to neoliberalism, is playing a major role in the fight against coronavirus. Its role would have been much more effective and wide-ranging if it hadn’t been hit hard by decades of fund cuts and waves of privatization. Nevertheless, with the ineffectiveness of private production with profit motive as its driving force to handle a crisis becoming more evident, the public sector, production with state direction, and some amount of planning are making a major comeback.

The case of the sectors that are directly concerned with health care provision is the most conspicuous, with the inadequacies of private health care during a crisis becoming evident to even right-wing leaders.

We see Boris Johnson, the prime minister of the UK, repeatedly talking about the need to protect the National Health Service (Britain’s publicly funded health care system). He even said, “There really is such a thing as society,” contradicting Margaret Thatcher, his conservative predecessor who batted for pure individualism in 1987 by saying “There is no such thing as society.”

Britain and many other countries in Western Europe have had relatively robust public health care systems. In many of these countries, such as Italy, Spain and the UK, public health care systems have suffered in recent years because of fund cuts and privatization of public facilities. Apart from the policy vision of the leaders of these countries themselves, they also came under pressure from the technocrats of the European Commission, who repeatedly demanded spending cuts on health care. Along with the easy-going attitude displayed by many of the Western governments in the early weeks of the coronavirus outbreak, such weakening of the public health care systems have made their response to the coronavirus outbreak a more arduous task. For now, the governments of Spain and Ireland have temporarily taken over their private hospitals to deal with the crisis.

The case of the United States, with its private, insurance-based health care system, is far worse. Not only was a sufficient number of testing kits unavailable in the United States for months, but the costs of testing and treatment remain prohibitive for a large section of the population, particularly to the 30 million uninsured and 44 million underinsured. This means that many people simply wouldn’t be able to afford to get tested and treated, endangering the health and lives of themselves and others.

The difference between the United States on the one hand, and China and South Korea on the other, comes readily into the picture here. Testing and treatment for coronavirus is free in China, which was crucial in the country’s success in bringing the epidemic under control. South Korea has done extensive testing, which was made available for free. Treatment costs were covered by the government and the insurance companies.

The importance of the public sector, however, goes much further

In times of crises such as the present one, which is comparable to war, the ability of economies to produce (or at least source) and distribute things becomes critical. Two kinds of things assume particular importance:

It is in this context that leaders of government who ideologically disagree with state intervention in the economy are seen taking direct action in commandeering private companies to produce necessary things.

Thus we see Donald Trump, who had initially resisted the pressure to use the Defense Production Act—a wartime law—to mobilize private industry, finally using the law to direct General Motors to produce ventilators.

The government of Italy directed its only producer of ventilators, Siare Engineering, to ramp up the production of ventilators for the country, and sent engineers and other staff members from the Ministry of Defense to help with production. The company canceled all its orders from abroad to produce for the country.

Countries with a large public sector, robust industrial capacity, and the ability to effectively intervene in the market would be at a considerable advantage here. That is the case with China, which put the state-owned China State Construction Engineering to work to construct two emergency quarantine hospitals at breath-taking speed. The state ensured the flow of products such as grain, meat and eggs into the Hubei province while it was under lockdown, and coordinated the production and distribution of masks and other medical products. Once the outbreak within the country was under control, it began supplying masks and ICU equipment to other countries in need.

India, a large country with a poor health care system, does not have enough masks and Personal Protective Equipment (PPE) for its health workers. The number of ICU beds and ventilators available in the country is very low. For a population of 1.34 billion, it only has 31,900 ICU beds available for COVID-19 patients, according to the country’s Health Ministry officials. To compare, Germany, with 82.8 million people, had 28,000 ICU beds as of mid-March.

If the number of COVID-19 patients in India surges, hospitals and their critical care facilities will be overwhelmed. The public sector Bharat Electronics Limited has been asked to produce 30,000 ventilators to meet the urgent need. Hindustan Lifecare (another public sector company) and the Rail Coach Factory under the Indian Railways are going to manufacture ventilators. The public sector Ordnance Factory Board (OFB), which the government has tried continuously to weaken in the recent years, is now producing masks, sanitizer and coveralls for Personal Protective Equipment (PPE). It has also developed a ventilator prototype and is preparing for production.

Within India, it is the state of Kerala that has dealt with the pandemic in the most effective manner. In the Left-ruled state, which has resisted the policy of privatization pushed by successive central governments, public sector companies are manufacturing hand sanitizer and gloves, and have raised the production of essential medicines. Kudumbashree, a massive government-backed organization of women’s collectives with 4.5 million members, is making masks, which the public sector is helping distribute. Mass organizations of youth and popular science activists are pitching in by making hand sanitizer. Volunteers supported by a state-led initiative have developed a respiratory apparatus that could free up ventilators.

It is not as if making masks, sanitizers and gloves requires advanced technology. But industrial capacity is needed to churn them out in large numbers, or at least large mass organizations, class organizations or collectives that can mobilize people to manufacture them. The inability of the United States to even ensure the supply of such items stands out in this regard. Four decades of neoliberalism seem to have led not only to the undermining of industrial capacity useful for public purposes, but also to the hollowing out of collective energies.

Need for production capabilities and societal control over them

In short, the lesson is that in times such as these, a society needs two things.

Does calling for more domestic production capabilities that the state can control mean that every country should be left to fend for itself? Certainly not—every country cannot produce everything; smaller countries would find it particularly difficult. International trade would be needed for countries to procure things that they cannot produce for themselves. But as the developments of the recent months show, today’s trade regime has nothing to do with solidarity, and it provides no guarantee of countries being able to access goods during an emergency. This is no accident. Lack of solidarity is embedded in the way capitalism has developed, with the bulk of the world’s wealth concentrated in the hands of a few countries, and within countries, in the hands of the super-rich. This system has to be overhauled for a regime of solidarity to emerge. Production and its fruits becoming less concentrated in some regions of the world and in the hands of a minority would pave the way for power relations to be less unequal, which is a precondition for real solidarity among people and societies.

Along with socialized health care, an immediate stop to privatization, and a stronger, expanded public sector should become part of the transitional demands of the left as we search for an exit from the pandemic crisis.

Subin Dennis is an economist and a researcher at Tricontinental: Institute for Social Research. 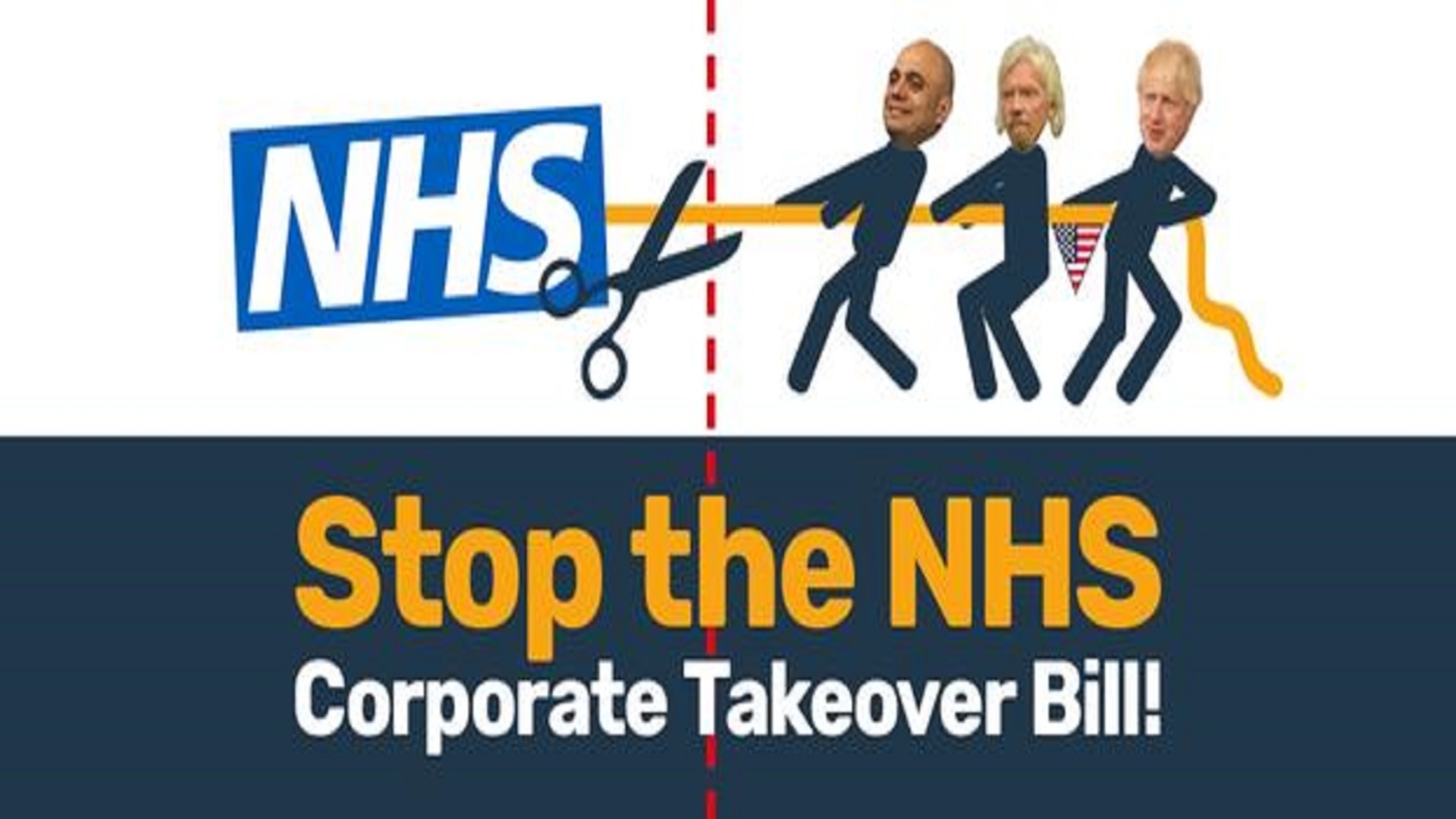 Progressive sections in UK vow to resist privatization of NHS

Clear away the hype: the US and Australia signed a nuclear arms deal, simple as that
RECENT ARTICLES