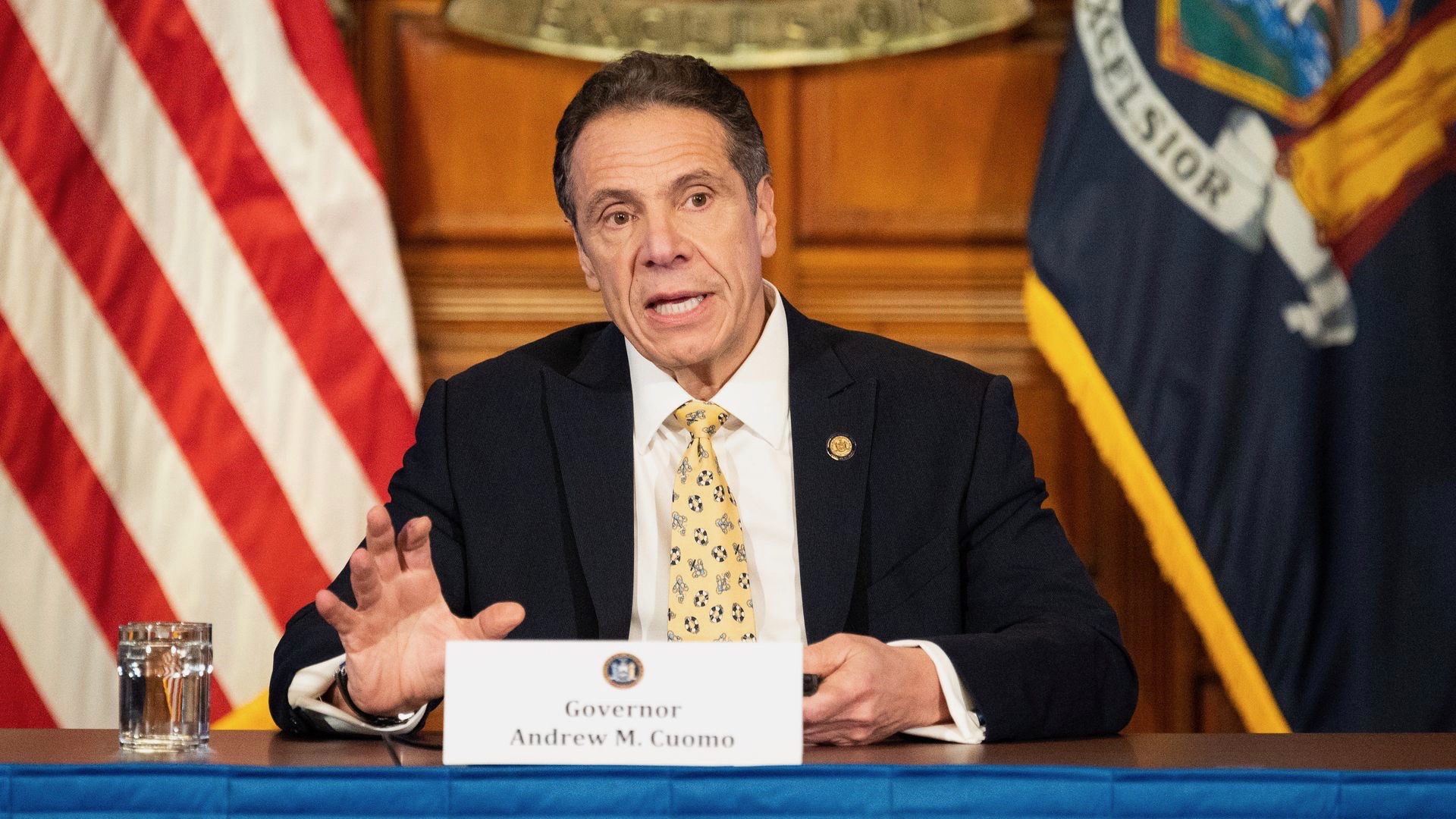 New York governor Andrew Cuomo led a bloc of East Coast States announcing the formation of a task force to suggest a time table for the easing of lockdowns. (Photo: Getty)

On April 13, Monday, governors of major US States, including New York, California, Pennsylvania, New Jersey and Washington,  declared the formation of joint committees to coordinate the lifting of lockdowns to contain the severe outbreak of COVID-19 in the country.

New York governor Andrew Cuomo and the governors of Connecticut, Delaware, New Jersey, Pennsylvania and Rhode Island announced their decision  to form a joint task force for the lifting of the lockdowns. A similar pact was arrived at by West Coast States – California, Oregon and Washington.

The pacts between governors, all of whom belong to the opposition Democratic Party, bypassed the federal administration led by president Donald Trump to decide on the process of easing restrictions. This has prompted a response from Trump, who insisted that the president has the authority to override State governors on the matter.

Responding to the formation of the regional alliances, Trump in a tweet said that it was “incorrect” to think that States have the final say on easing restrictions. “…It is the decision of the President, and for many good reasons. With that being said, the Administration and I are working closely with the Governors, and this will continue,” he tweeted. He added that the federal government is working with the States to reopen the economy.

Even as the number of cases and resulting casualties surge in the US, both the Republicans and Democrats are competing to be the first to ease restrictions. Later on Monday, the Trump administration also instituted a task force to find out the earliest date when the restrictions can be lifted.

Meanwhile, the States that have bypassed the federal government to ease restrictions include some of the worst affected by the pandemic, accounting for around 58% of the total reported cases in the US, and nearly 64% of the deaths. New York alone, with over 195,000 cases, has more infections than the second-worst affected country, Spain. Even as the governors and the federal administration debated on the easing of restrictions, the US surpassed Italy in terms of deaths due to COVID-19, adding over 1,500 more. The number as of today stands at over 23,600.