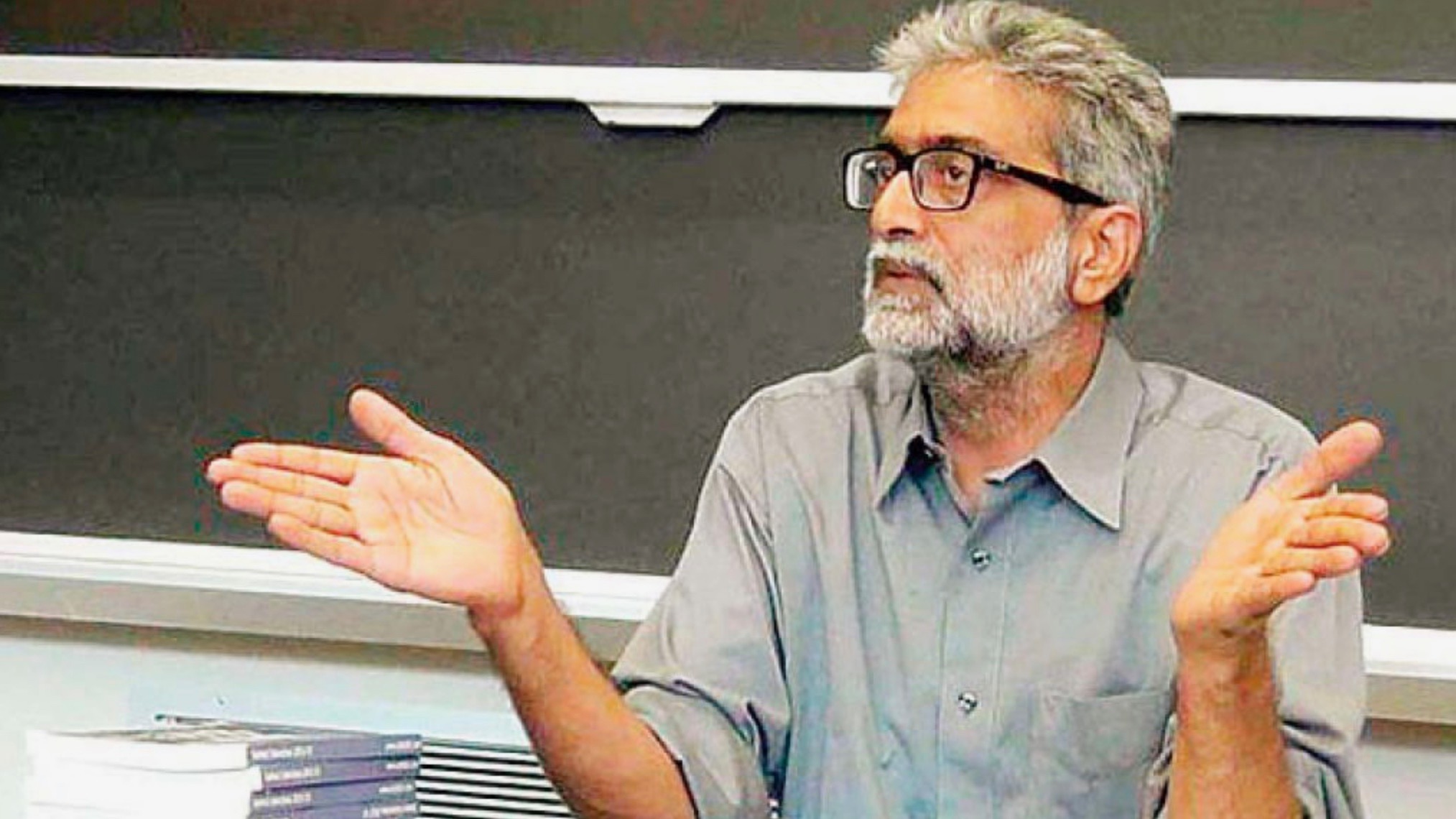 The full impact of the Covid-19 pandemic in India will only be known once the situation returns to ‘normalcy’. However, we do know that the pain and suffering would be shared unequally, with the poor descending more into poverty. Life in the aftermath of the pandemic will be harsh for all of us, but will be nasty and brutish for the working class. With the economy stuttering even before the pandemic hit us, there are fears that we will be worse off than most countries,because our resilience has shrunk. In such a situation, saving resources from being squandered, for instance on waging wars, should be at the top of the agenda. This will allow the release of human and material resources which can be used for people’s benefit. Sadly, there is hardly anyone in this republic of ours who has called for suspending, if not ending, wars. It is as though it’s considered alright that we can go on prosecuting wars even in the midst of a pandemic which has accentuated already existing problems and ruptures.

India’s media studiously ignored the UN Secretary General’s (UNSG) call for member states to cease waging wars, because the Indian establishment is cut up with the UN and its bodies, such as the UN Human Rights Council, for their critical comments on a variety of the government’s policies. In contrast, the UNSG’s call to end/suspend wars received support from more than 70 countries. So much so, even Saudi Arabia declared a unilateral suspension of hostilities in Yemen and it was reciprocated by their opponents.

India and Pakistan remain outliers as they merrily go on firing their big guns at each other, killing civilians and soldiers in a conflict which serves absolutely no purpose except to make warmongers in both countries happy. That people suffer and soldiers become canon fodder, appears to be of no concern to them.

Is India emulating the US administration which has now sent a naval armada, backed by some right-wing led Latin American countries, to overthrow the Venezuelan government even as the pandemic is spreading in Latin America and has affected all the fifty states of the US. Some of these right wing regimes were too busy with promoting their petty self-interest and carried on with their rapacious pursuits.

Regrettably, in India and in Pakistan, the anti-war movement is small. So there has never been a sustainable movement against such conflicts, either at home or between the two ardent enemies. For all of India’s boasting about being the world’s largest democracy, it is remarkable that there is no peace constituency in India to speak of, which has taken up the demand for ending wars at home. Here, we compare rather poorly with the US, the country the Indian elite love the most. Instead, there is elite consensus to play up the hostility between the two countries. As a result, we  depend entirely on the good sense of the respective governments to halt the blood-letting, of their own volition.

The fact that even in the midst of the pandemic, the two governments can carry on merrily expending their energies and resources in a useless fight shows how nation-states create a logjam from which they can not escape. And yet, the pandemic also offers us as people an opportunity to embrace the demand for ending wars at home so that our collective energies and resources can be put to constructive and productive use which benefits our people now that they need it the most.

It is worth remembering that ‘Peace’ is the absence of violence/armed conflict.  However, it is only when the absence of violence helps in the resolution of a dispute, or sets off a process towards resolution and justice that one can valorize peace. In other words, its specificity and concrete reality determines what it is. War as a cognate of peace is no different. What matters is to study it concretely to help us understand what lies behind and what prospects are there to bring it to an end.

Each war has to be seen in its own specific context to understand the root cause. There can be no a priori abstraction which can be imposed on social reality. It is when we study it concretely that war, as much as peace, reveals itself for what it is.

So what is war? Clausewitz explained it as ‘an act of force to compel our enemy to do our will’. A variant of this finds its way into the Indian Army’s doctrine of sub-conventional warfare, which is war amongst people as opposed to conventional war between States, whose objective is ‘to transform the will and attitude’ of the adversary/enemy.

Although the Indian Army doctrine tends to conflate sub-conventional war with the ‘proxy war’ waged by one State against another (obviously referring to Pakistan and the Kashmir insurgency), the fact is, as their own doctrine later argues, the distinguishing characteristic of such wars is that it takes place amongst people and invariably within the borders of a nation-state. The rebels, therefore, tend to get illegitimized because the nation-state is chary of according recognition to them.

Notwithstanding this, the government can take unilateral measures, with or without ceasefire, which can perceptibly reduce hostilities. For instance, in the case of insurgency-hit Adivasi belt, the government can announce a moratorium on the opening of new mines or even assure the inhabitants of Bastar that they will not privatise the Nagarnar steel plant.

In Kashmir, although halting operations may prove more difficult, it still is worth giving it a chance. In any case, failing this, the government could ensure return of detenues from the notoriously overcrowded jails of Uttar Pradesh and Delhi, and the resumption of 4G facilities as a confidence building measure. While reaching out to Pakistan may appear difficult, it is a no-brainer that the pandemic provides a possibility, an opening which is what our diplomats should work on rather than instructing our armed forces to act and react. Both countries are reeling under the pandemic and juggling scarce resources. There is a choice for India (and Pakistan) to exercise. Suspending war, if not ending it, is preferable at this most challenging period of our history. Wise generals know that there are moments which call for suspending wars.

That moment has arrived. The pandemic has made this urgent. Because anything which distracts us from what needs to be done here and now to mitigate the suffering of India’s overworked and underpaid working class, is not worth pursuing. Ideally, this should not be a short-term palliative but should usher in a sea change in our attitude and policy to ensure a life of dignity, something which has passed them by.

An already weakened economy has been pushed further back. Even in the period of the pandemic, the “controlled media” has poisoned social life with their inflammatory reportage and remains un-chastened.  The UP government and the central government-controlled Delhi Police have gone after protesters, the mass arrests adding to the risk of infection in already overcrowded jails. That this is in utter contempt of Supreme Court guidelines is abundantly clear. So one can ask why would a government create conditions  conducive for the virus to spread? Is it that even now they do not understand the gravity of the problem which stares at us?

If Prime Minister Narendra Modi does not realize that what he advocates gets nullified on the ground by contrarian moves, then he would be doing himself a great disservice. He would be sending a signal that he says one thing but his own government, over which his writ runs large, does something else. It is like how lighting a ‘diya’ turned into a spectacle, a carnivalesque event with firecrackers.

If at this juncture, there is any disjunction between what the PM espouses and what his government practices, then he would have let even his ardent critics down. The pandemic shows us the changes that have to be brought in to prevent this from happening in the future, or at least being able to deal with such eventualities with a robust public health system funded by the government.  This requires the labor of all conscientious citizens and the administration. This is of course provided the government in enlightened self-interest realizes that we are in it together because it’s going to take a good many years before we can reverse the process of social and economic regression. This pandemic offers us an opportunity.

Gautam Navlakha wrote this piece shortly before surrendering to the NIA in the Elgar Parishad case. 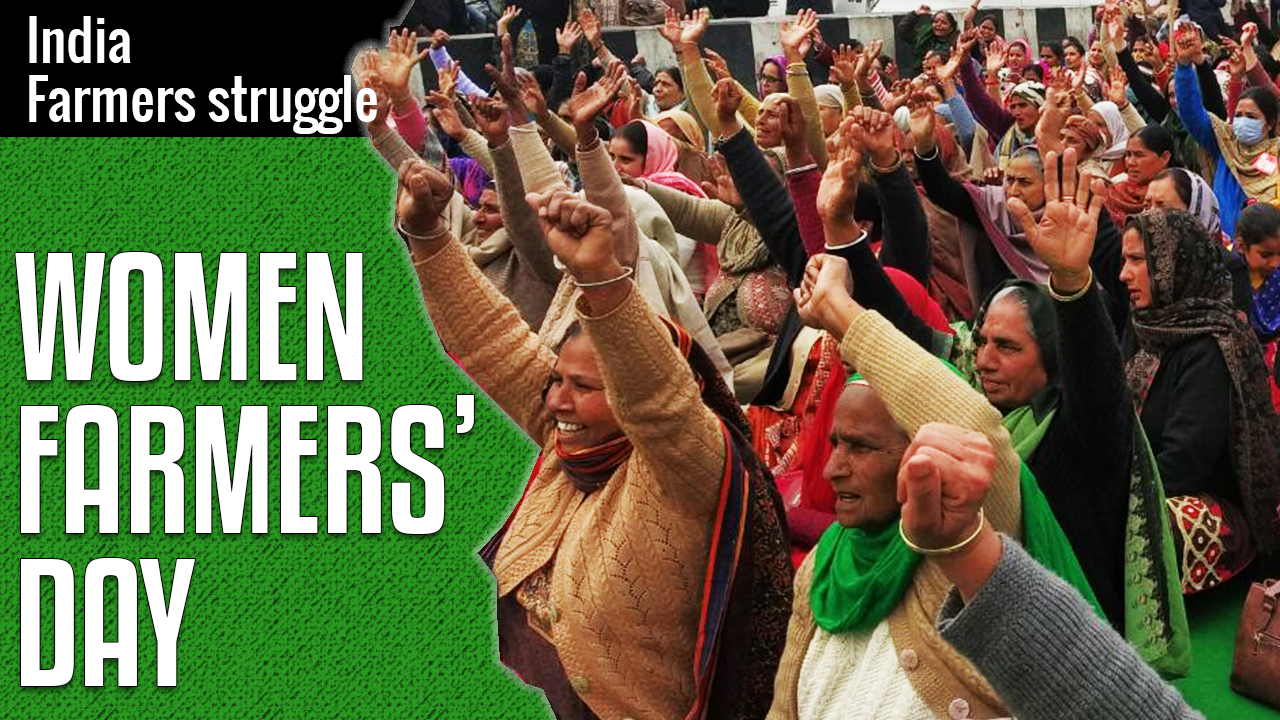 “Women will continue to lead the struggle against farm laws”