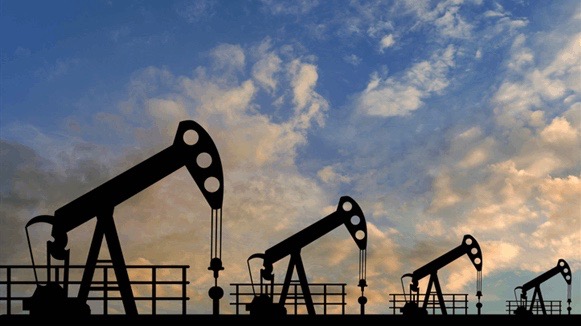 Crude oil prices for the month of May in the US (WTI) fell to minus USD 37 per barrel on Monday, April 20, the lowest ever in history before recovering to USD 1.10 on Tuesday April 21.  The fall is attributed to growing fear among the producers that existing demand will vanish once global strategic reserves are filled to capacity.

The prices for June fell to almost $21. This will lead to complete shutting down of oil production in the US, the world’s largest producer. Tuesday, April 21 is the last day for the expiration of trade for the month of May.

The prices of Brent crude oil, used for global pricing, were still hovering around USD 26 yesterday.

According to Al-Jazeera, the rig production in the US has already come down by 35% in the last few weeks, owing to the crashing oil prices which makes production in the US unsustainable. The average cost of production of per barrel crude shale in the US is around USD 23. The companies need double of this to break even.

To keep unemployment numbers under check, the US government may have to provide a huge relief for the oil producers to retain their workforce when production is limited. More than 22 million people have already registered as unemployed within four weeks of the declaration of the COVID-19 emergency in the US.

Higher unemployment rates may have repercussions for president Donald Trump’s re-election campaign later this year. Long-term low prices may mean that the US will have to either depend on imports or impose heavy tariffs on foreign oil to keep its domestic oil industry afloat till it develops cheaper methods to extract oil. This may have its own geopolitical and geo-strategic implications on the present world order dominated by the US.

President Trump said that he may consider blocking the import of oil from Saudi Arabia to save the domestic producers after some of the Republican congressmen demanded the ban. Republican senator from North Dakota, Kevin Cramer took to Twitter saying “right now, the highest number of Saudi oil tankers in years is on its way to our shores. Given today’s crude oil prices, I call on President @realDonaldTrump to prevent them from unloading in the United States.”

The US government has tried to maintain the prices by buying oil to fill its strategic reserves in the absence of demand due to lockdowns imposed by nations worldwide following the COVID-19 outbreak. Other countries have also used their imports to fill their respective strategic reserves.

It is expected that all the strategic reserves in the world will be filled soon and around 160 million barrels will be floating in tankers worldwide if the lockdown continues for a few more weeks. It will be impossible to sell the oil beyond that period.

Last week, under US pressure, OPEC+ countries had agreed to reduce their daily production by 10 million barrels, hoping that other producers will cut an additional five million barrels. However, these cuts have not been enough, with demand going down to an estimated 25-30 million barrels per day. The gap between demand and supply is still huge and therefore the fall in prices continues. On April 17, oilrpices.com reported that Saudi Arabia reduced its export quota for May to the Asian markets by one third.

While lifting of the lockdown in the US may restore some demand, however, the rising number of fresh COVID-19 cases in the country make a complete economic recovery difficult. The US has more than 788,000 active cases currently, with over 42,000 deaths. The situation is not much better in the European countries. The announcement by the Chinese of the end of the lockdown may also boost demand, but it will take some time to reach pre-COVID-19 levels.

Oil prices in international markets, hovering around USD 20-25 per barrel last week down from USD 67 per barrel in the beginning of this year, have created a varied economic impact on states. Oil-importing countries may benefit in the short run, however, countries heavily dependent on the production and export of oil and other energy products are facing a grim prospect.

(The story has been updated)