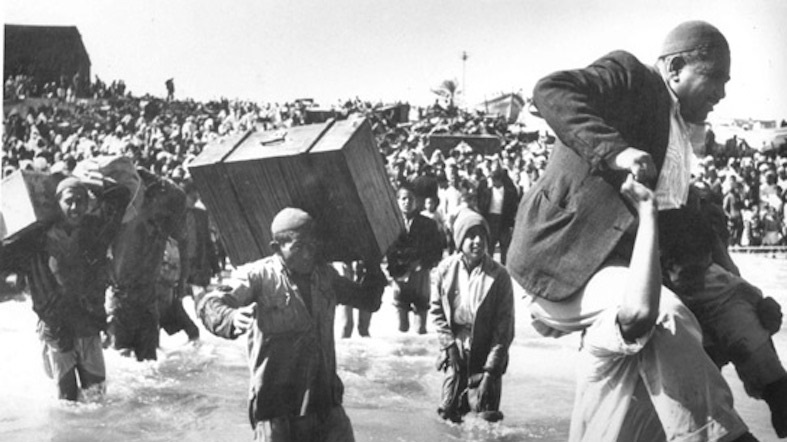 As we, the Palestinian people commemorate the 72nd Anniversary of our Nakba i.e. ‘Catastrophe’ that coincides with the establishment of the state of Israel, we have to acknowledge that we have neither succeeded in comprehensively refuting the Israeli version, nor have we presented ours as it happened. Accordingly, there are two versions of the Nakba: First, the Israeli one, which was built on lies and distortion of facts. The second is the Palestinian one which was neglected and missed by the world public opinion due to several considerations, one of which that the world had just emerged from World War II, and the crimes and horrors that were perpetrated by Nazism.

Israel built its version on biblical claims, adopting myths and sayings to support the legitimacy of the Zionist project. The project calls for a return to the promised land after an alleged forced absence that lasted for thousands of years. The project also claimed to be the savior of the Jews from anti-Semitism, oppression and extermination camps that was their recent history in Europe, particularly, at the hands of the beast, the Nazis. The Israeli version was and still is about removing all features that prove the existence of Palestine before 1948.

In order to influence the Israeli public’s awareness of the Catastrophe, Israel has resorted to a massive campaign in areas as varied as archeology, vegetation, food, education, architecture and tourism. The central goal has been to render absent or invisible the Palestinian history in the country, and erase the horrible scenes of the catastrophe from the consciousness of the ordinary Israeli citizen. Israel, along with the Zionist Movement, has consistently denied that the Nakba took place, and claimed that the goal of talking about the Nakba is to delegitimize Israel. According to this narrative, the responsibility of the exodus lies with the Arab countries which asked the Palestinians to leave and wait for their victory over the the Zionist project in Palestine. Moreover, Israel, the Zionist Movement and the Jewish Agency have refused to accept the Palestinians as victims of their crimes and have instead, sought to portray themselves as victims.

Israel has also tried to present the refugee issue as a humanitarian one, the responsibility for which lies with Palestinian and Arab leaders. At the same time, it has used textbooks that ignore the humanitarian consequences of the 1948 war, and mobilized its political, security, and media machinery to delegitimize contemporary historians’ narratives which contradict the Zionist version on the war and refugees. Moreover, it has enacted the Nakba Law, which enables the Israeli ministry of education to impose sanctions on educational institutions should they commemorate the Nakba.

In return, we as Palestinians have failed since the Balfour Declaration and the British Mandate Instrument, as well as the denial of our political rights, including our right to self-determination, to present our version of the Nakba as it occurred. This is especially keeping in mind how the Balfour Declaration and the British Mandate dealt with the civil and religious rights of non-Jewish communities in Palestine. That was many years before the rise of Fascism and Nazism in the European Continent, and the Holocaust. In fact, it came about in the context of the dividing and re-sharing of the world between the victorious colonial countries during and after World War I. During this period, the Zionist Movement emerged as one of the tools of colonialism, and as a natural and logical result of the mechanisms of their control over the states in the region.

Another significant factor in misrepresenting the Palestinian narrative is policy undertaken by the Zionist movement and its institutions during the British Mandate. This policy was characterized by silent ethnic cleansing and displacement of the Palestinian people from their lands, which were used to construct the first settlements. The policy also envisioned the establishment of a closed society in Palestine that would practice large-scale ethnic cleansing at the right time. Furthermore, military and paramilitary organizations, including Jewish terrorist organizations, were established under the auspices of the British Mandate.  And when the time was ripe, the British forces left the scene to well-armed and trained Jewish forces that managed to overcome and defeat the Arab Armies, which participated in the 1948 war.

In March 1948, the Dalet Plan for comprehensive ethnic cleansing was approved by the Zionist leadership and the Jewish Agency. This was entrusted, along with detailed directions, to the Jewish forces, which were formed by the Zionist Movement in Palestine, directly assisted by the British Mandate Government. The ethnic cleansing plan had ruthless instructions to kill Palestinians, inflict horror, besiege their cities and villages, and burn their homes and property, leaving mines in the rubble to prevent people from returning. Modern historians have confirmed that Haganah (the main regular military force and the nucleus of the future Israeli army) and other terrorist organizations committed 28 horrific massacres, among which was the brutal Deir Yassin massacre. They also demolished more than 530 towns and villages, and displaced about 800,000 Palestinians, most of whom became refugees outside their homeland.

Unfortunately, we not only abstractly presented our version of the Catastrophe, but we also failed to highlight what Menachem Begin, Yitzhak Shamir and other leaders of the Jewish terrorist organizations said about it, especially the Deir Yassin massacre. Menachem Begin said that without Deir Yassin, Israel wouldn’t have been established, while Yitzhak Shamir described the massacre as a humanitarian duty. Begin, who was the leader of the Irgun terrorist organization, in a message to the leaders who carried out the crime, termed the occupation of Deir Yassin as a wonderful achievement. “Tell the soldiers: you have made history in Israel with your attack and your conquest. Continue thus until victory. As in Deir Yassin, so everywhere, we will attack and smite the enemy. God, God, Thou has chosen us for conquest,” he wrote to the leaders of the operation. Both Begin and Shamir became prime ministers of Israel later.

The director of Red Cross Operations in Palestine, Jacques Rennes, who visited the village and saw the outcome of horrific crime, presented a chilling report to the United Nations Secretary-General, in which he expressed his anger at the barbaric practices of the Jewish forces that attacked the children and women in the village.

Unfortunately, we were late in recognizing how bad we were at presenting our version to the world as it happened. Thus, we indirectly helped the Israeli version to prevail, the version which claimed that the Palestinians left their homes following calls from abroad. Additionally, the world was late in hearing our version as much as we were late in presenting our vision and version.

Today, we notice a shift in international public opinion on the Palestinian Nakba. The situation began to change, firstly due to the steadfastness of our people in the 1948 areas in facing the aggression and the permanent Israeli maneuvers. They have nonetheless managed to persist in the land and preserve its memory.  Secondly, under the Palestine Liberation Organization’s umbrella, the refugee issue has been kept alive and will never be outdated as the Israel and US administrations desire. Thus, it is essential to maintain the United Nations Relief and Works Agency and enable it to play its role in providing services in the health, educational, social and humanitarian fields, and as a witness to the national, individual and collective rights that must be adhered to in facing any attempt that intends to liquidate the most just cause in the history of mankind.