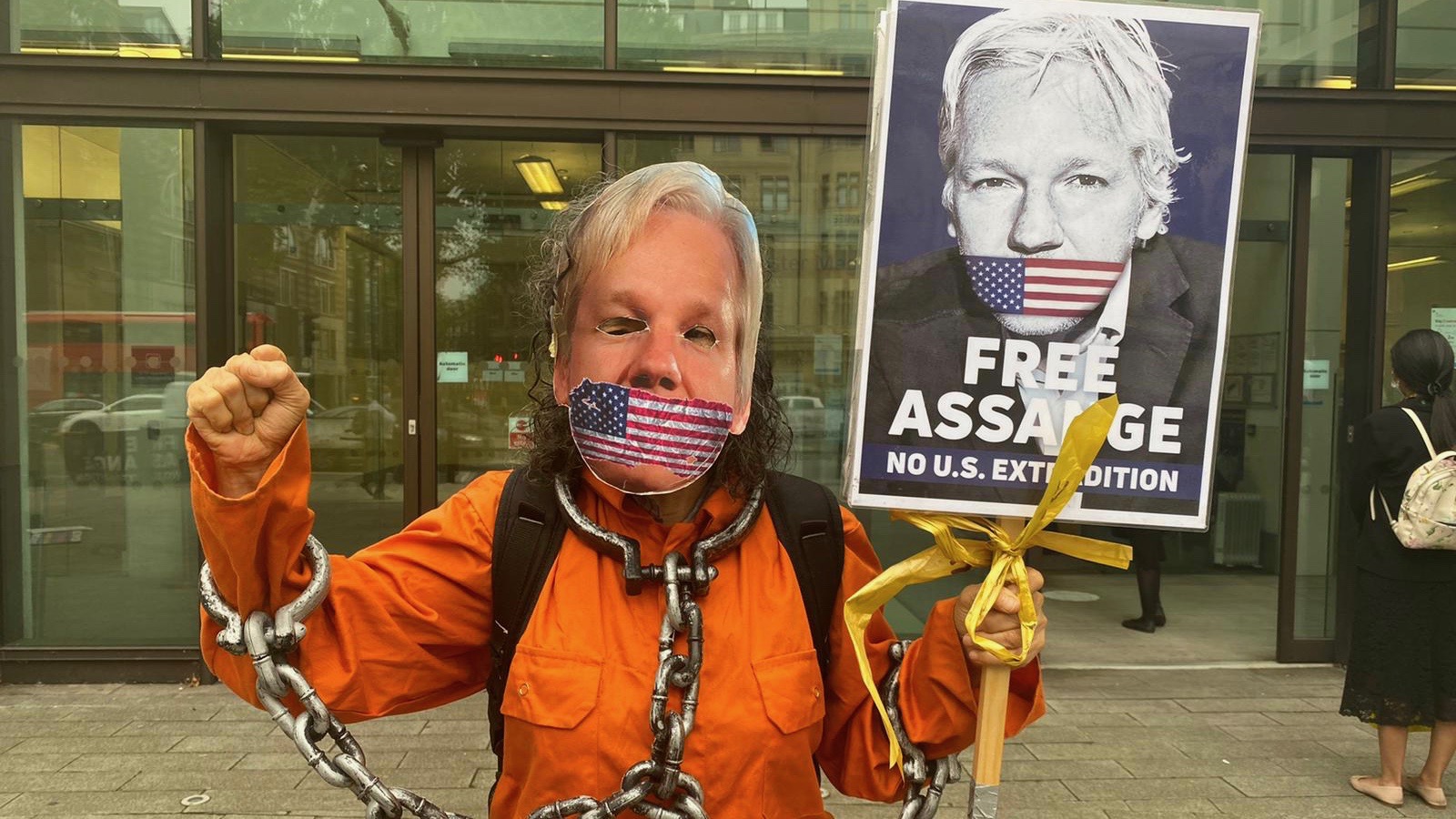 Around a dozen people gathered outside the Westminster Magistrates Court on August 14 to demand Assange's immediate release and to oppose his possible extradition.

Assange is currently facing 18 counts of espionage and cybercrime charges in the US over accusations of conspiring with military intelligence officer and whistleblower, Chelsea Manning. Federal prosecutors representing the Donald Trump administration have recently sought to expand the scope of the existing charges. Prosecutors have alleged that Assange has either “hired” or “conspired” with hacktivists based on his participation in a hacktivists’ conference.

The new submission will leave Assange’s legal team with very little time to prepare for the next hearing date, scheduled for September 7. The defense will have until next Friday to decide whether or not to appeal for an extension, which they are very likely to.

Florence Iveson, part of the defense team, told the court that “it is astonishing and potentially abusive, abuse of conduct, to add a new requirement at the 11th hour seeking to expand the case while we have spent a year preparing.” Iveson also argued that the new 33-page submission contains a considerable amount of material and came after the defense had submitted its arguments.

The defense reiterated its complaint of not being able to get enough time or opportunity to consult with their client. They also attempted to bring to notice Assange’s deteriorating mental and physical health while inside the Belmarsh prison.

The lawyers have also stated that chances of face-to-face meetings with the client is nil, as such visits have been closed down by prisons in and around London. Also, often the lawyers will have to wait for weeks to get a videolink meeting arranged by the prison authorities.

Assange is said to have significant respiratory problems, and was unable to appear in a video call with his lawyers because of it. The Belmarsh prison, where he is held, reported its first death due to the novel coronavirus in April, while several inmates have also contracted the disease.

According to reporters who witnessed Friday’s administrative hearing, Assange also exhibited other signs of a debilitating condition, including difficulty in speaking and coughing. All of these fell on deaf ears, as the presiding judge Vanessa Baraitser, barely took note of it.

Kristinn Hrafnsson, Assange’s colleague at the Wikileaks, responding to the trial stated that “if this continues you will be a bearing witness to the worst judicial scandal in decades in the United Kingdom. It cannot happen!” Hrafnsson also denounced that during the trial that many journalists who phoned-in to witness the trial, were not able to hear anything.

Former Ecuadorian Consul to the UK, Fidel Narvaez, also echoed similar sentiments while speaking to Sputnik, and argued that there is very little chance of a fair trial for Assange. “There is plenty of evidence showing that Assange is a victim of a judicial persecution and that he is not getting a fair extradition trial here in the UK, and certainly will not have a fair trial in the US,” Narvaez said.

Despite the COVID-19 outbreak, a demonstration was again seen outside the courthouse, where close to a dozen people held posters and banners calling for Assange’s freedom.