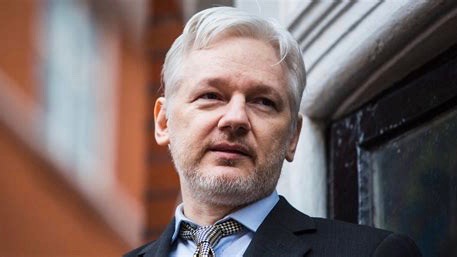 More witnesses testified on the third day of hearings in the extradition trial of Wikileaks founder, Julian Assange. The defense team representing Assange presented two more academics as witnesses in the hearings today and focused on spelling out the political overtones of the Wikileaks indictment and how that could affect press freedoms in the United States.

The first witness to testify was Paul Rogers, an expert in international security and professor emeritus at the University of Bradford. Rogers’ testimony drove home the point that Assange’s indictment and prosecution in the US is based on the political motives of the incumbent administration of Donald Trump. Rogers pointed out that the Afghan War Logs and Iraq War Logs published by Wikileaks and Assange’s own political opinions clashed very strongly with the successive US governments.

The publication of leaked documents, according to Rogers, also altered the predominant narratives of US wars in Afghanistan and Iraq, and the gravity of the damage caused to these nations. In the cross-examination, Rogers did not give in to the prosecution’s attempts to show that the case against Assange is limited to the publication of classified names. He instead pointed out that a large number of federal officials in the US are political appointees including those in the US Department of Justice, that is currently pursuing the case.

Rogers, much like Mark Feldstein yesterday, also pointed out that the previous Obama administration had considered prosecuting Wikileaks, but did not do so for concerns of how it might affect press freedoms. He also questioned the need to physically arrest Assange to be prosecuted in the US, even as the government has pursued cases against individuals and organizations who could not be physically present.

Responding to the prosecution’s questioning of whether he finds Assange’s publication of classified names responsible, Timm made a distinction between what is irresponsible and what is illegal. Timm also stated that even while he thinks Wikileaks did not have a sound editorial judgement, much like any other news media house, it was not for the government to advise media houses on editorial judgements.

Timm also questioned whether there was any legal precedent to prosecute someone for publishing names and cited existing judicial precedents that does not deem the act as such illegal. He later also justified attempts by publishers to encourage whistleblowers to share classified documents, just as Assange is accused of doing in the recent superseding indictment on the existing charges.

Timm also pointed to the fact that several US administrations had threatened to prosecute journalists for publishing classified information, but never did it. He also brought up how president Trump, and the officials in his administration have repeatedly called the press their “enemies”, to show the intense acrimony between the administration and the news fraternity and why they are first ones to do it.