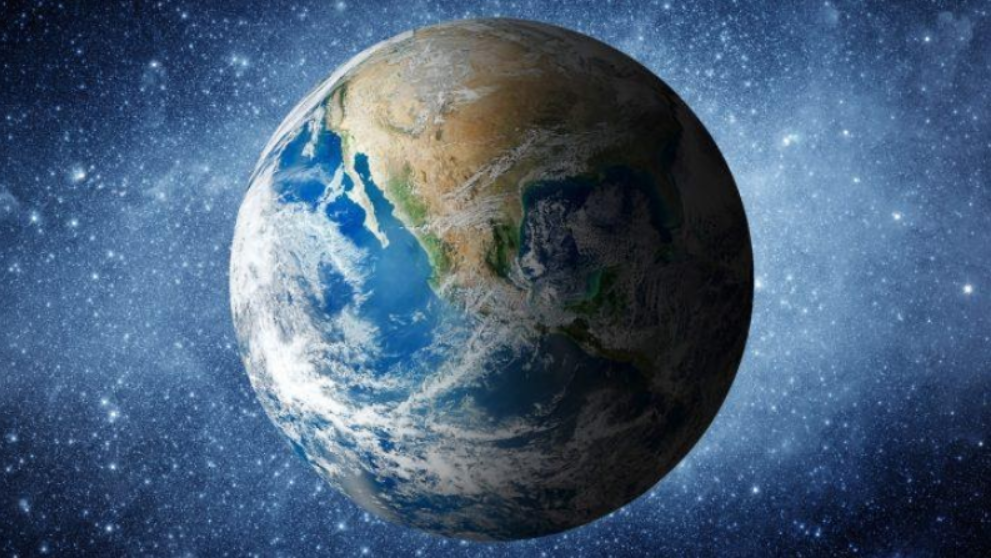 Periodicity is an inherent part of the natural world. It not only limited to day-night or the winter-summer cycles but also the Earth’s climatic conditions as well. In the past millions of years, the planet has undergone such periodic changes in its climatic conditions. In a latest study published in Science, scientists have reported how Earth’s climate has changed in the previous 66 million years.

The research includes a detailed account of Earth’s climate in the entire Cenozoic era, which is a huge time period of 66 million years spanning from the beginning of the extinction of dinosaurs to the present epoch of human-made climate change. The researchers divide the entire period into four categories—warmhouse, hothouse, coolhouse and icehouse stages. Each of these four categories had distinct climatic conditions depending upon the change in the planet’s orbit, greenhouse gas level and the extent of polar ice sheets.

What is worrying is that the study projects that human-induced emission of greenhouse gases, in the current epoch, is causing the global temperature to rise to such a level that has not been seen in tens of millions of years. The study concludes that this human-made climate change is far beyond the natural changes that are triggered by Earth’s changing orbit.

The basis of the study is the deep-sea foraminifera. These are tiny deep sea amoeba. Around 66 million years ago, a massive asteroid hit Earth, releasing immense energy in the collision, which, some estimations say was equivalent to thousands of nuclear bombs being exploded together. As a result, ash, dust and rocks that vaporized covered the sky so that even sun rays could not penetrate. There was a mass extinction of plants and animals, including the dinosaurs. But, the foraminifera remained active in the deep sea and continued reproducing and colonizing. These tiny deep sea amoeba form the sturdy shells of calcium and other minerals available at deep sea. When they died, they formed deep sea sediments and preserved the ancient history of the planet in the fossilized shells.

Scientists have been using these fossils for decades to study the ancient climatic conditions of Earth and to gain some clues about ocean temperature, carbon footprint and also the compositions of other minerals. The current study published in Science also used these foraminifera fossils and analyses the chemical elements in thousands of such samples and revealed the most detailed account of ancient climate of Earth that has ever been made. The study involved decades of drilling into deep-sea and compiling them to get the conclusions.

In the zig-zag pattern of the chart given below, one can find the boundaries of the four categories of climatic conditions in various time period as enumerated by the authors.

The chart also ends with a peak depicting the current pace of human-induced global warming. The researchers conclude that the current global warming trend is far beyond any natural climatic fluctuation that has ever been seen in the entire Cenozoic era. This has the potential to drive the planet into a hothouse state.

James Zachos, one of the co-authors of the study and professor of Earth and Planetary Science, University of California, said in a statement, “Now that we have succeeded in capturing the natural climate variability, we can see that the projected anthropogenic warming will be much greater than that. The Intergovernmental Panel on Climate Change (IPCC) projections for 2300 in the ‘business-as-usual’ scenario will potentially bring global temperature to a level the planet has not seen in 50 million years.”

To study the era long climate conditions, the researchers analyzed fossil forma shells in deep-sea sediments, particularly, the ratio of carbon and oxygen isotopes in the sediment shells. This ratio holds important information about past climatic conditions. For example, the ratio of oxygen 18 and oxygen 16 isotopes reveal the warmth of the surrounding water when a foram shell was being constructed. A higher ratio implies colder water. Again, the ratio of carbon 13 and carbon 12 isotopes can reveal the amount of organic matter in the form of carbon that was available for the consumption of the microbes. A higher ratio signifies a greater amount of greenhouse gases like carbon dioxide in the atmosphere.

The researchers also considered astronomical variables in their study. These astronomical variables include the extremely slow change of the Earth’s orbit and its tilt towards the sun, known as the Milankovitch cycle. They analyzed how these changes impacted sunlight available at different part at different time. They observed that these natural changes contributed towards very small scale changes to the global climate. Importantly, with each significant jump between different states, the researchers observed a massive change in greenhouse gas profiles.

For example, in the period known as the Paleocene-Eocene thermal maximum, a period about 10 million years after dinosaurs went extinct, there was a temperature rise of about 16 degree Celsius above the modern level. This was due to release of huge amount of carbon into the atmosphere resulting, probably, from volcanic eruptions in the North Atlantic. Subsequently, during the next 10 million years, as carbon disappeared from the atmosphere, ice sheets began to form in the Arctic and the planet eventually entered the coolhouse stage.

Three million years ago, the planet entered the icehouse phase marked by waning of northern hemisphere ice sheets. And now, we have the anthropogenic global warming period that supersedes any natural fluctuations seen in millions of years.