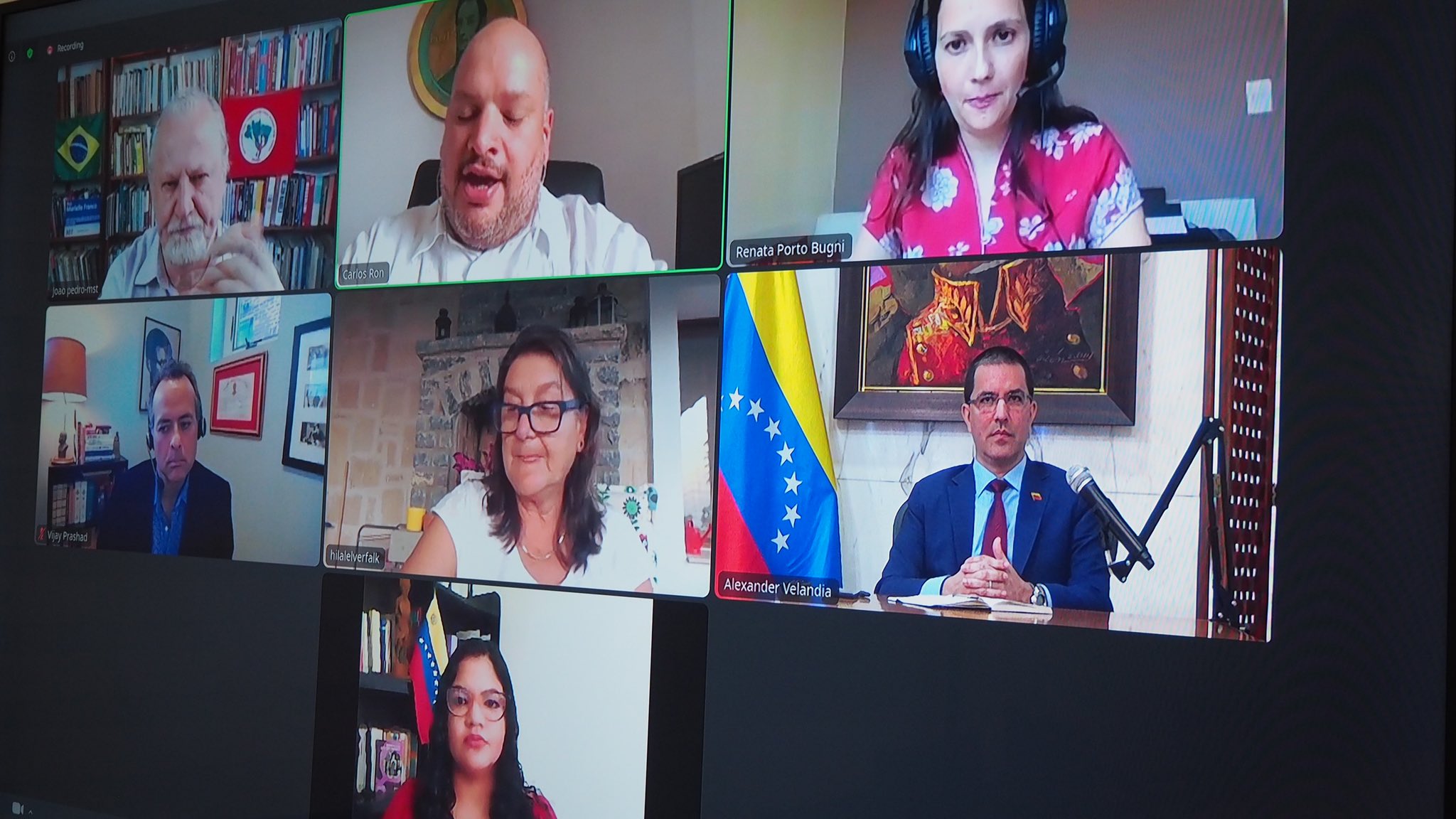 Panel of the "Let us breathe" seminar organized on October 5 on sanctions and Venezuela. Photo: ISB

Dozens of left political parties, people’s movements and organizations, trade unions and international networks are holding diverse actions against imperialism from October 5-10 as part of the week of anti-imperialist action. The events which range from online seminars, workshops, social media campaigns, and in some cases, street actions, are focused on the understanding the history and nature of imperialism, its impact on the lives of people today, as well as the history and ever-pressing necessity of the anti-imperialist cause.

Some of the major platforms and organizations that have called for the week of action include, the International Peoples’ Assembly, La Vía Campesina, World March of Women, Foro de São Paulo, Social Movements of ALBA, the Tricontinental Institute for Social Research, the Women’s International Democratic Federation, European Left Party, and dozens of others.

Ahead of the week of action, these organizations released the “Manifesto for the Future,” it declares: “The planet is on fire, the viruses are on the march, hunger stalks the land, and yet even in this mess we – the vast majority of the people on the planet – have not given up on the possibility of a future. We hope for something better than this, a world beyond profit and privilege, a world beyond capitalism and imperialism, a world singing the song of humanity. Our hearts are bigger than their guns; our love and our struggle will overcome their greed and indifference.”

The week of action was called for despite barriers to carrying out large-scale mobilizations due to the COVID-19 pandemic. Organizers noted in a press release that while “the contradictions of the capitalist system have sharpened as millions are suffering from unemployment, hunger and other forms of insecurity,” imperialists have taken advantage of the situation to “double down on illegal unilateral coercive measures, consolidate military and territorial control, and even threaten war.” In this sense, educating, agitating and mobilizing behind the anti-imperialist cause is of utmost importance.

Events have been organized from Nepal to Kenya, and from South Africa to Argentina. One of the week’s highlights is a discussion to be organized on Wednesday by the Socialist Forum of Ghana, Pan African Television and the Amilcar Cabral School called, “Manifestations of Imperialism in West Africa.” While often neglected in discussions of imperialist military occupations and interventions, the African continent and specifically West Africa continues to be a territory of high strategic importance for imperialist powers and suffers under the yoke of imperialist militarization. The United States and France have the highest number of troops present on the continent, with at least 34 US military bases on the African continent largely concentrated in the Sahel region. This discussion will look at these crucial elements of the imperialist impact on the West African region.

Throughout the week, several events are being organized in solidarity with Venezuela and the Bolivarian Revolution. Venezuela has been one of the most hard hit by a coordinated campaign of imperialist aggression for the past several years, classified by many as a hybrid war. Although this war has not seen full military engagement, the impact is no less devastating. This topic was the subject of a seminar held on the first day of the week called “Let Us Breathe,” organized by the Tricontinental: Institute for Social Research and the Simón Bolívar Institute with participation from João Pedro Stedile of the Landless Rural Workers’ Movement, Jorge Arreaza, the Foreign Minister of Venezuela, Rebeca Madriz, a Venezuelan feminist activist, Hilal Elver, the United Nations Special Rapporteur on the Right to Food, and William Castillo, vice minister for International Communication in the Venezuelan Ministry of Foreign Affairs.

The World March of Women will hold a meeting on Wednesday with women from countries that live in countries under blockades and sanctions. The panelists from Cuba, Venezuela, Iran, Syria and Palestine will discuss how this form of oppression used by the United States, the European Union and the United Nations affects the lives of women and their people.

On Friday, October 9, the anniversary of the assassination of Ernesto “Che” Guevara, LeftWord Books along with 17 other publishing houses are launching a book on the Latin American revolutionary. The book has a re-edited version of Che’s “Message to the Peoples of the World,” wherein he calls for “creating two, three…many Vietnams” and manifested his ideas of creating unity to confront all forms of domination and colonialism.

An Internationalist Festival of the Peoples’ Resistance is being organized on October 10 which is a virtual internationalist political-cultural festival that “aims to share the art, culture and anti-imperialist resistance of the peoples of the world through artistic presentations (music, videos, visual arts, literature).” The festival will also showcase messages from leaders of people’s movements, political parties, intellectuals and other personalities. 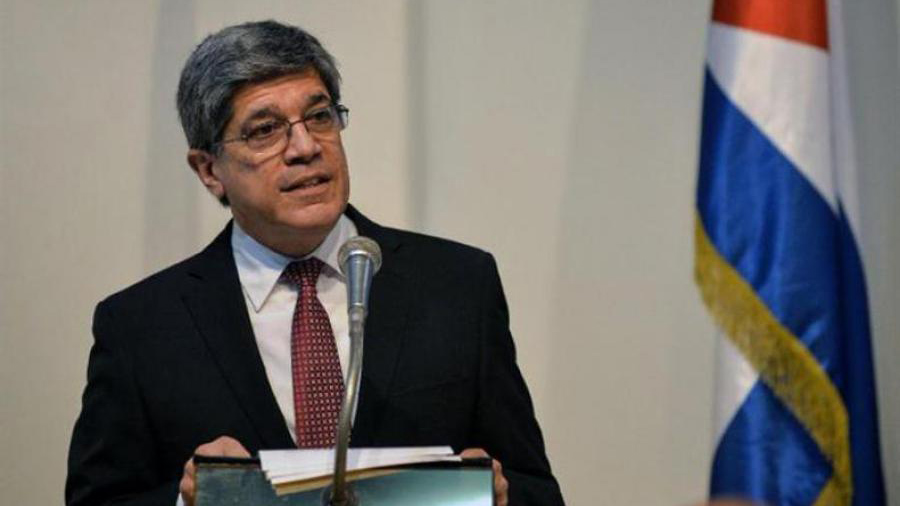