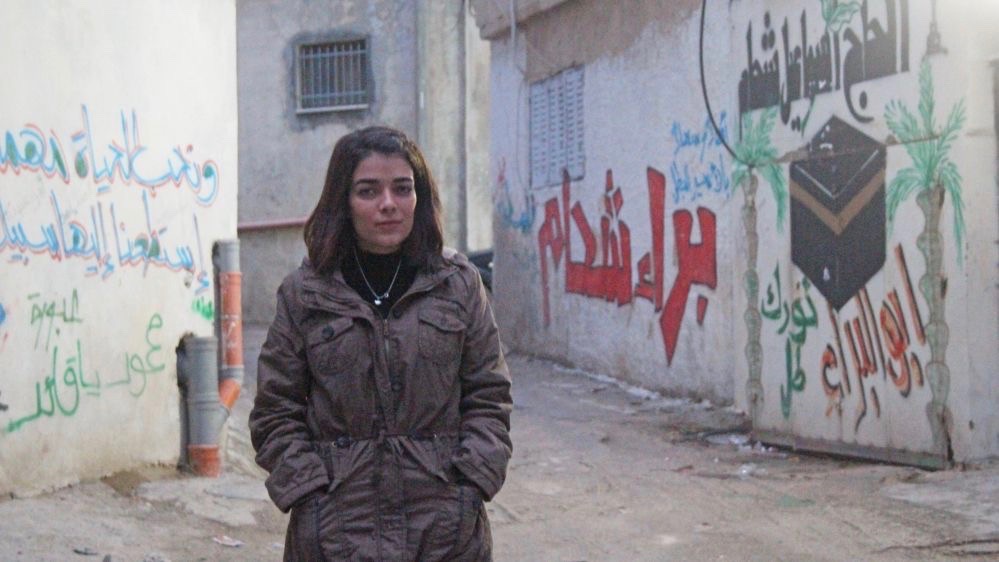 Palestinian student Mays Abu Ghosh, imprisoned by Israel for more than a year, was finally released on November 30, Monday. The 23-year-old student of journalism at Birzeit university was released from the Israeli Damon prison near the Jalameh military checkpoint, north of Jenin city in the occupied West Bank, as per the Addameer Palestinian prisoner support and human rights association. She was welcomed on the other side of the checkpoint by her family, other female ex-prisoners, and relatives of several Palestinian political detainees being held in Israeli jails.

Ghosh was arrested by the Israeli security forces on August 29 last year and accused of being a member of the Palestinian student organization, Democratic Progressive Student Pole. The organization has been banned under an Israeli military order for being the student wing of the prominent Marxist Palestinian political organization, Popular Front for the Liberation of Palestine (PFLP). The student organization has been termed a ‘terrorist group’ despite no history of its involvement in any armed or violent activities. It is instead focused on academic and peaceful acts of resistance against the Israeli occupation and in solidarity with the Palestinian cause.

Following her arrest, Ghosh was also accused of “communicating with an enemy” of Israel after she participated in a 2018 conference in Lebanese capital Beirut, which discussed the right of return for Palestinian refugees. According to Israeli claims, she contributed to the Al-Noor news agency affiliated with the Lebanese armed political group, Hezbollah. Ghosh was held at the Maskobiyeh interrogation and detention center, where she was reportedly subjected to cruel treatment by the Israeli officials. She was forced to stay in a compact cell with no ventilation and denied any bed or mattress to sleep on.

The Israeli prison officials reportedly verbally abused her and subjected her to physical maltreatment and assaults. She was repeatedly slapped and kicked, as well as psychologically intimidated. In an effort to put her under further mental duress, she was allegedly forced to listen to screams of other prisoners who were being tortured.

In a statement to reporters after her release, Ghosh said, “The Israeli Prison Administration does not care for the health of female prisoners, especially during the cold winter months. The spirit of the female prisoners is very high despite the harsh conditions in prison. I want to tell everyone what happened with me during the interrogation and torture period. Not as something that has happened to me but for any Palestinian to know what to expect when Israel arrests them.”

Ghosh was released on Monday with a fine of 2,000 Israeli Shekels (USD 600) after an Israeli military court trial, illegal under international law, sentenced her on the two charges against her.

Ghosh and her family have been victims of Israeli persecution on several counts in the past as well. At the time of her arrest in August 2019, Israeli security forces invaded her family home with dogs and interrogated her parents and brother. Her brother was arrested a month later and slapped with an illegal administrative detention order for four months without trial or charge. He was then still a minor of 17 years. During the raid, she was roughed up and taken to a separate room by the Israeli forces, who tried to access her laptop and phone. When she refused, she was handcuffed, blindfolded and arrested.

In an earlier tragedy, her older brother was shot dead by the Israeli security forces in January 2016, when he was only 16-years-old, after being accused of a knife-stabbing attack against Israeli citizens. The Israeli authorities then demolished their family home under the illegal Israeli policy of destroying the homes of those it condemns as ‘terrorists’ and a security threat.