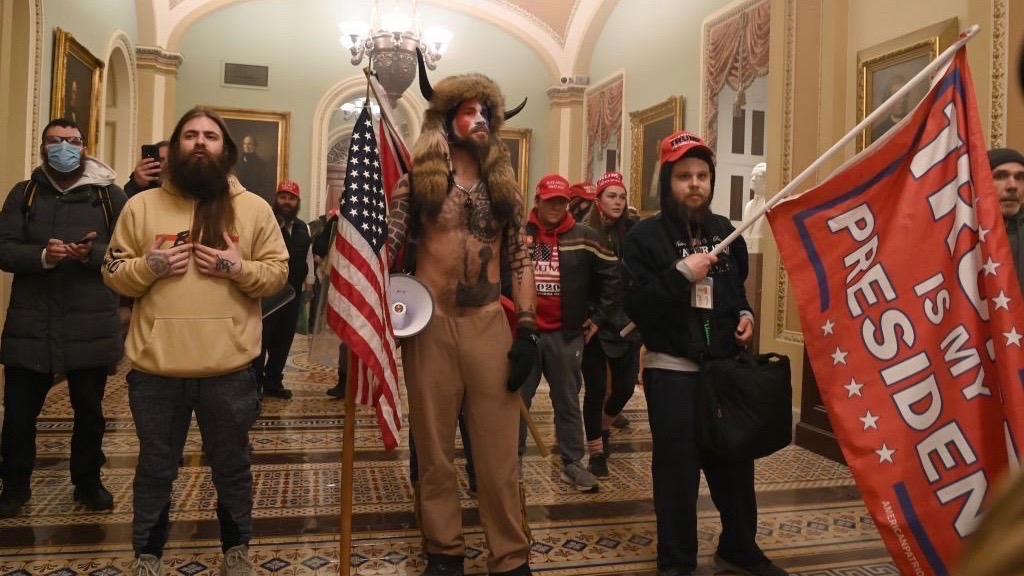 Trump supporters have stormed the Capitol building, breaking through 4 layers of security, in the US capital Washington DC to dispute the results from the November 3 presidential elections. Their incursion into the building successfully forced the disruption of the certification of the electoral college votes from the November 3 presidential elections. The House of Representatives abruptly halted their proceedings, while the Senate went into a recess. The lawmakers are reportedly evacuating their offices and the chambers.

The two chambers of the United States Congress convened in a joint session on January 6, Wednesday, to officially tally the electoral college votes. The tally is held in order to count the total electoral college votes cast on December 14, 2020, by the 538 delegates, from all the states and the capital territory, Washington DC and is a constitutional necessity.

Addressing a crowd of his supporters at a “Stop the Steal” rally outside the presidential residence, White House, Trump proclaimed “We will never concede.” In his speech he reiterates his claim that the election was “stolen” by the Democratic Party and the “fake news” media. Trump and his administration have spent the past two months, since his loss in the presidential election, trying and failing to prove inconsistencies in counting and even voter fraud.

Trump’s calls to reject the results have been rebuffed by most Republican leaders, including vice-president Mike Pence, who was reportedly asked to reject the results even though he has no authority to do so. Senate majority leader, Mitch McConnell, also strongly rejected the offer to reject the votes of certain states, as called by several of party members.

Nevertheless, inside the Congress, a group of Republican Party legislators – including at least 14 senators and more than 100 House representatives, with several yet to make their stand clear – have joined Trump’s calls to file contention against the results. Two among them are the two Georgia senators, who are set to lose their seats to Democrats in run-offs held on Tuesday.

As the vote count began with the state of Arizona, one of the key battleground states, the Republicans were divided on whether or not to deem the results from the state as invalid.

The counting is also happening just two days after the Washington Post released a telephone conversation Trump had with Georgia’s Secretary of State, Brad Raffensperger, last week. In the conversation Trump could be heard making desperate attempts to convince Raffensperger to “find 11,780 votes” that he claimed to have secured to overturn the results in the state.

The conversation was released by Raffensperger’s office after Trump berated him and his office for allowing supposed voter fraud, a claim that remains unsubstantiated. Despite being from the Republican Party themselves, Raffensperger and the Georgia state government came under severa attacks from Trump’s supporters including Republican senators, David Perdue and Kelly Loeffler, in their run-off election campaign.

Trump had made similar phone calls to state and local officials in key battleground states, like Pennsylvania, demanding recount or rejection of the results altogether.

Outside the Congress, thousands of protesters organized by right-wing and pro-Trump groups have assembled in Washington DC, on counting day, for a “Stop the Steal” rally challenging the count and disputing Biden’s election. They are being egged on by Trump himself with a series of tweets, where he continues to claim without basis that he won.

The right-wing protesters in DC, joined the already congregated demonstrators from groups such as the Proud Boys, which describes itself as “Western chauvinist”. The Proud Boys are deemed as a hate group by many civil rights groups and have been involved in several instances of racial violence across the country in the past few years. Local authorities have been preparing for any possible escalation of the situation.

On Tuesday, Enrique Tarrio, one of the leaders of Proud Boys, was apprehended by city police in possession of guns and some illegal ammunition devices. Tarrio is facing charges of property destruction over an attack on a Black church in December, and a DC judge has ordered  to stay out of the capital until pending his trial. The local government has already summoned the National Guard troops to assist the city police with crowd management.