A month after the death of agricultural worker Jorge Muñoz, the Homicide Division of the Dirincri National Police of Peru determined that the bullet shot from the revolver of officer José Hoyos killed him. Photo: Jaime Mendoza/La República

On January 3, a month after 19-year-old agricultural worker Jorge Muñoz was shot and killed during a road blockade, the Homicide Division of the National Police of Peru determined that the bullet that killed Muñoz was shot from the revolver of senior non-commissioned officer José Hoyos.

On December 5, 2020, agricultural workers from La Libertad department had been demonstrating on the highway against labor exploitation in the agro-industrial companies of the department in the Chao town, in the Virú province. The officials of Peruvian National Police violently repressed their protest with teargas and shot live bullets against protesters, during which Muñoz was killed due to a gunshot in the head.

Hoyos denied the accusation and claimed that his Smith & Wesson revolver was inoperative. However, a ballistic investigation revealed that he had used the weapon and the bullet that killed Muñoz was shot from his revolver.

Considering this evidence, the head of the Provincial Prosecutor’s Office, William Salinas, issued an arrest warrant against Hoyos. Additionally, Salinas held several of the officers who were under Hoyos’ command, responsible for the repression and the crime.

While the workers from La Libertad demand better working conditions, the workers in the south of the country demand attention to other pending issues in the agricultural sector. On December 29, thousands of farmers and agricultural workers from Cusco, Arequipa, Ayacucho, Apurímac, Ancash and Tacna regions went on a 24-hour strike, demanding better irrigation systems and a greater budget for the sector.

Verónika Mendoza, presidential candidate of the progressive Juntos por el Perú party for the upcoming general elections and the only political leader who has spoken in favor of the agricultural workers, bid farewell to Jorge Muñoz and other victims of state repression in a public message wishing Peruvians a new year.

In the message, Mendoza criticized the current neoliberal economic model in the country and stressed that there is an urgent need to contain the pandemic and reactivate the economy. She suggested strengthening the country’s health care system, intensifying testing, boosting public investment with a massive temporary employment program, providing bonus to the vulnerable population, among other measures.

Mendoza highlighted that the general elections scheduled for April 21 bring a great opportunity for Peruvians “to lay the foundations of a new social pact” as well as “to exercise sovereignty over our resources, put a stop to abuses, guarantee health, education, pensions and care as rights -and not as businesses-, with a diverse and productive economy that generates decent employment, in harmony with nature.” She called the upcoming democratic process as “the moment for our second and definite independence.” 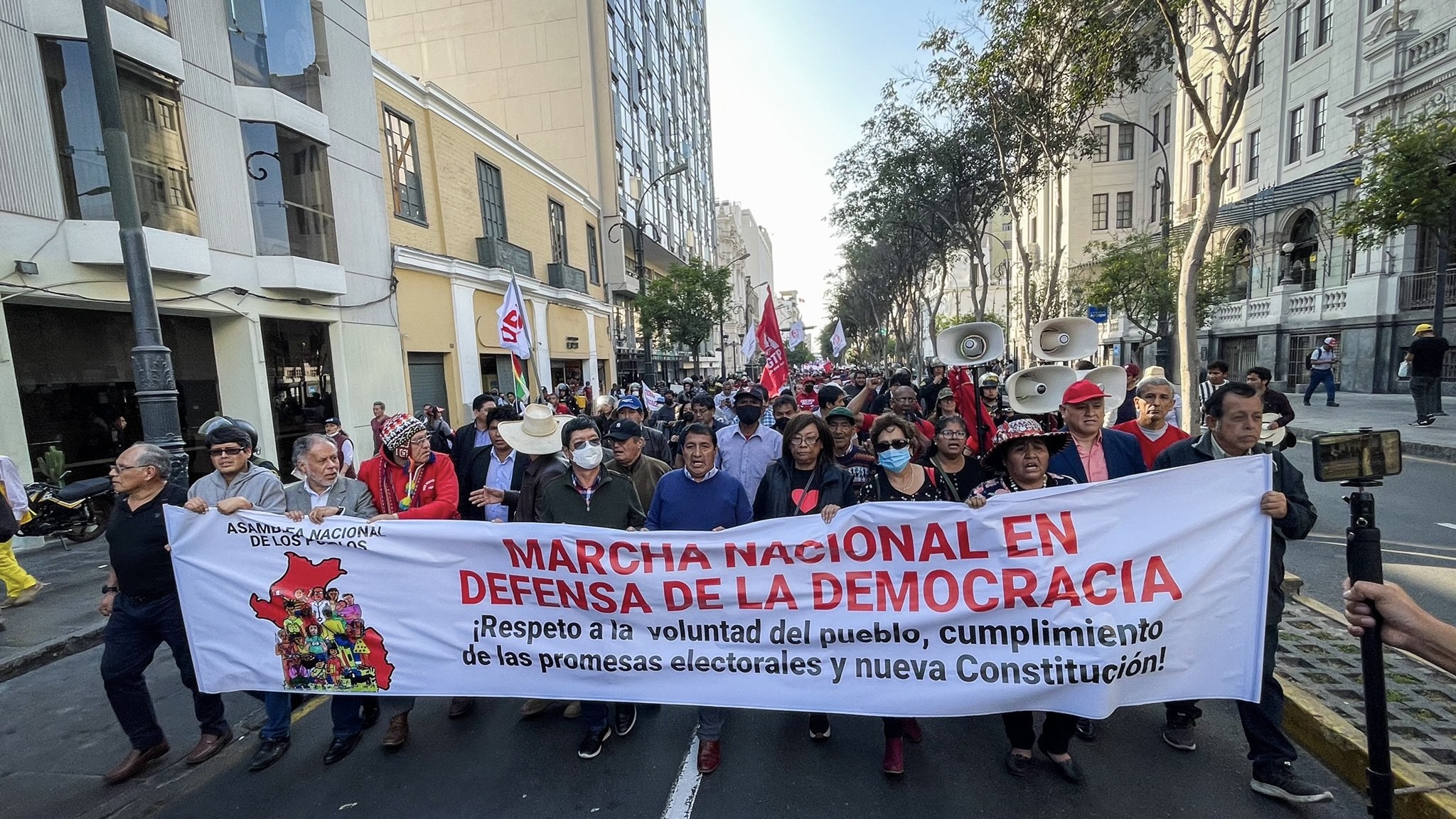