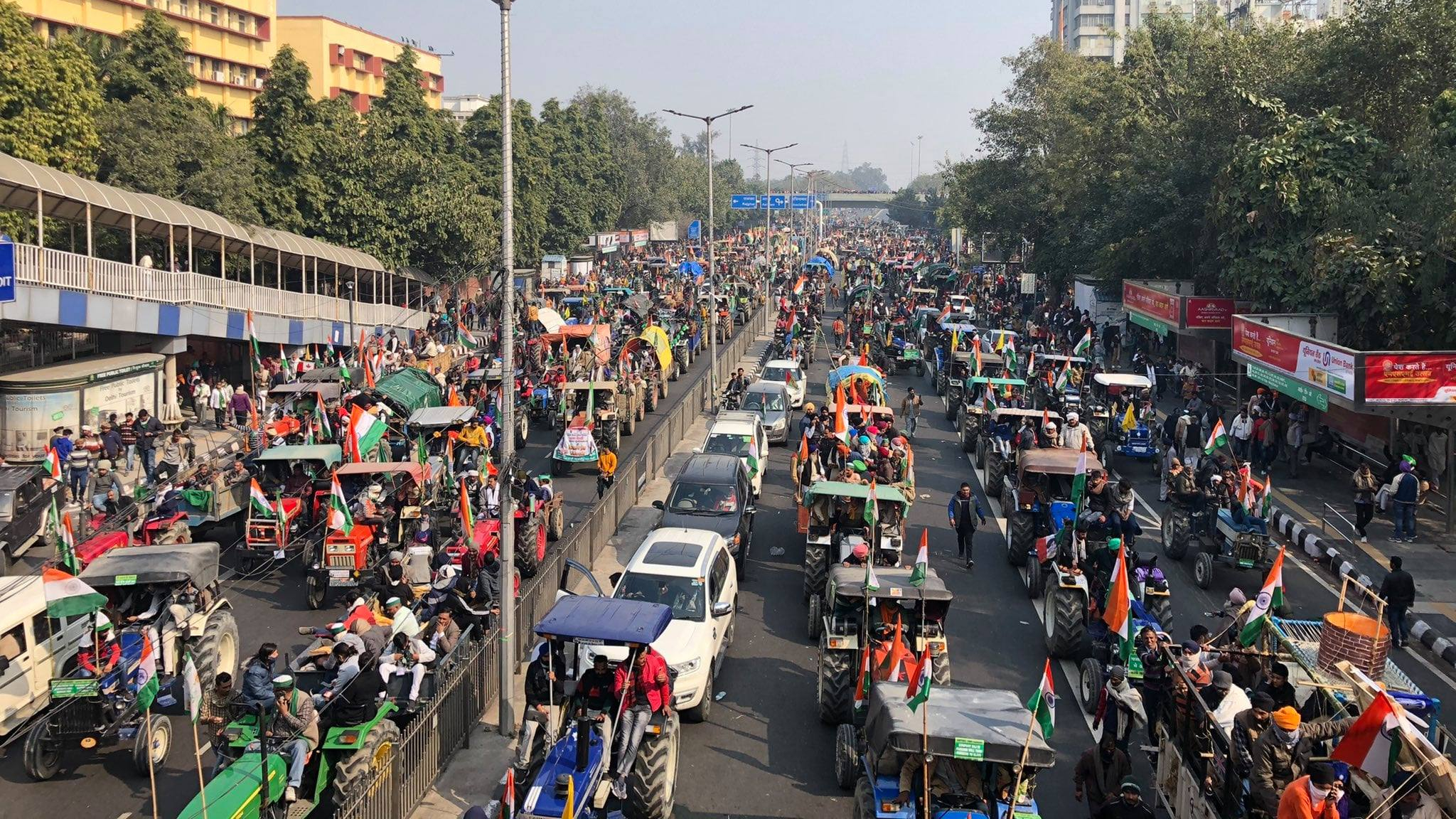 January 26, the day India became a Republic, is traditionally celebrated at Rajpath — the road from the India Gate to the President’s residence — in New Delhi. The ceremony includes a parade that is a display of the might of India’s military and showcases the cultural diversity of India.

This year, however, the center stage was taken not by the ceremonial parade, but the farmers’ parade that was being held in the capital city. The peaceful rally of farmers on tractors was supposed to commence from three different points in the city and follow pre-approved routes for all three. While the government and authorities had grudgingly granted permission for the rally, there was a staggering deployment of police force throughout the parade.

The massive rally was a logistical feat that came about through the efforts of the Samyukta Kisan Morcha (SKM) or United Farmers’ Front, a coalition of farmers organizations who have been camping at the borders of Delhi for two months now. The farmers have been demanding that the government at the center, led by the right wing Bharatiya Janata Party (BJP), repeal the three anti-farmer, pro-corporate laws it introduced in 2020. The farmers fear that the laws will drive down the prices they get for their produce and increase the corporate role in agriculture.

After several rounds of negotiations between the government and the farmers unions failed, the farmers decided to take out this peaceful tractor rally as a show of numbers and strength. Tens of thousands of farmers participated in the rally in Delhi alone, while most other Indian states saw rallies in solidarity with the farmers.

Reports suggest that the entry points into the pre-approved routes saw tractors queued up in lines that stretched into neighboring cities. The participation was greater than anticipated by the farmers’ organizations themselves. When the rally entered the outer boundaries of the city, it was met with warm enthusiasm by the residents.

The police, however, unleashed violence on the peacefully marching farmers when a section of them  deviated from the pre-approved routes and entered Delhi. The police resorted to brute force and tear gas on the protesters.

Amid the unrest, one farmer lost his life. The farmers who entered the city reached the Red Fort in Old Delhi and hoisted a sacred Sikh flag on top. There were also stray incidents of individual protesters engaging in violence, which the SKM criticized and distanced itself from. The coalition appealed for peace, and asked the protesters to maintain vigilance against miscreants and infiltrators.

The city also saw an internet shutdown for a few hours, a move that was widely condemned. India’s tally of internet shutdowns at the direction of the government stands highest in the world.

The historic rally saw tremendous solidarity actions by a wide section of the people across the country. News of rallies being held in West Bengal, Tamil Nadu, Kerala, Telangana, Assam, Gujarat, Madhya Pradesh and other states emerged throughout the day.

The next steps by the farmers organizations are yet to be decided. The left-wing All India Kisan Sabha, in a statement, hailed the historic protest and said that “the authoritarian and insensitive attitude of the Modi Government is responsible for all the untoward incidents happened in Delhi.” It reiterated the demand that three laws be withdrawn immediately.

Organizations across the world extended solidarity to the Indian farmers who have been protesting for two months. An online solidarity campaign called #ShineOnIndiaFarmers was held on Tuesday. Among the key organizations which took part in the campaign were the Movimento dos Trabalhadores Rurais Sem Terra (MST) from Brazil, the global peasants’ network La Via Campesina and the World March for Women. Militants of the MST held an online candle light manifestation in solidarity with the protesting Indian farmers.