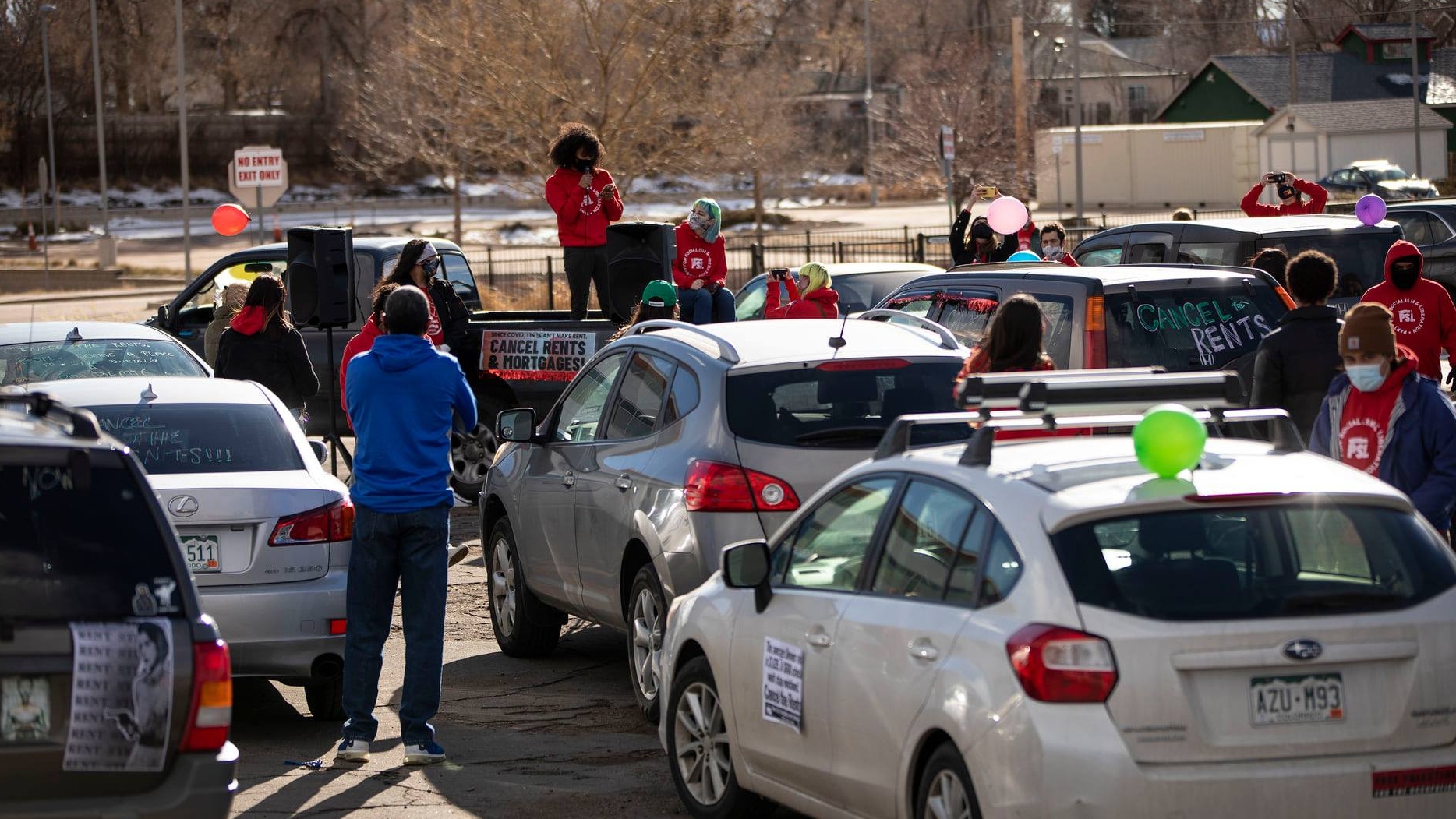 A ‘Cancel The Rent’ rally in the city of Denver, Colorado, on January 30. Rallies and motorcade demonstrations were organized in major cities like Denver and Boston, along with 30 other locations across the US. Photo: Chancey Bush/Facebook

The Party for Socialism and Liberation concluded its three-day nationwide campaign calling for the cancellation of rent and mortgages and to stop all foreclosures on January 31. The campaign started on January 29 with hundreds of people, along with housing rights movements and other groups in major cities, participating. The primary demand of the campaign was to seek government intervention in dealing with the ballooning housing crisis in the US.

In its mission statement, the campaign called out the insufficiency of the stimulus plan by the Democratic Party and the administration of Joe Biden for working class individuals and families. “One-time stimulus checks of any amount are not sufficient, we need consistent replacement income for those who cannot work,” read the statement, adding “One-third of people are struggling to pay their bills and are unable to catch up with rent.”

While acknowledging the short-term relief that previous relief plans have afforded to many, the campaign insists that eviction for millions will continue to loom as people are expected to pay their rent and mortgages notwithstanding the moratoriums.

“The eviction moratoriums nationally and locally have paused millions of evictions but rent debt is still piling up. The looming eviction crisis will hit oppressed communities, already especially affected by the pandemic, the hardest,” the statement added.

The campaign has put forward four major demands. To cancel all rents and mortgages, to ban evictions, to halt foreclosures and to house the homeless in vacant housing. Last week, president Biden passed an order to extend the existing moratorium on evictions and foreclosures from January 31 to March 31. He also stated that he will ask for the US Congress to extend the moratorium up until September.

But despite the moratoriums, landlords are making use of loopholes and even complete lack of enforcement of the order by federal and local authorities to continue evictions and lawsuits against tenants. At least 14 million people are behind in their rent payments, according to the latest estimate. At least USD 100 billion worth of rent dues have been accumulated by tenants across the country.

As part of the campaign, rallies were held in major cities like Boston and Denver. Similar demonstrations and protests were held in at least 30 different locations across the US, mobilized by local chapters of PSL along with community organizations like Alliance of Californians for Community Empowerment (ACCE) Action and Boston Teachers’ Union. 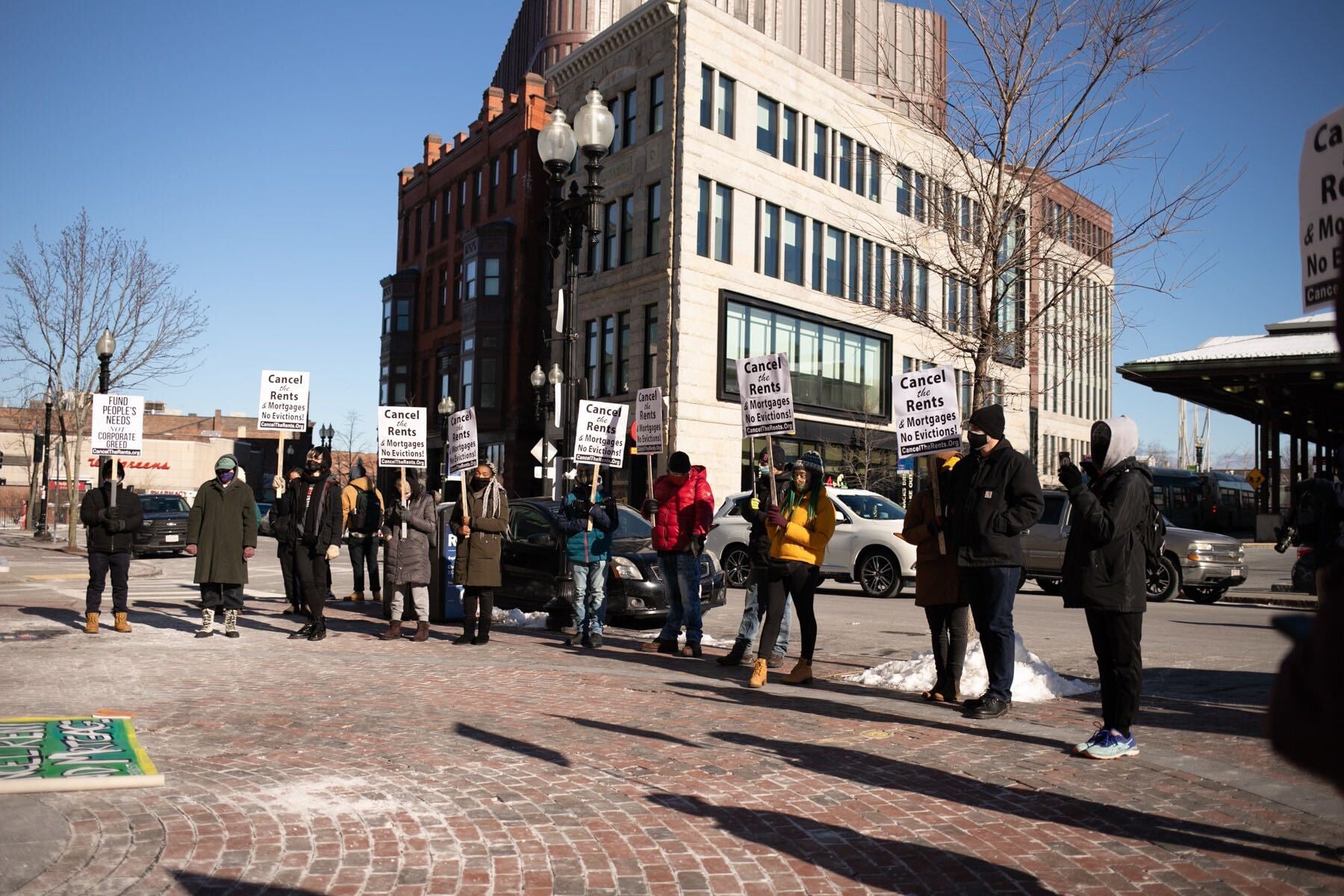