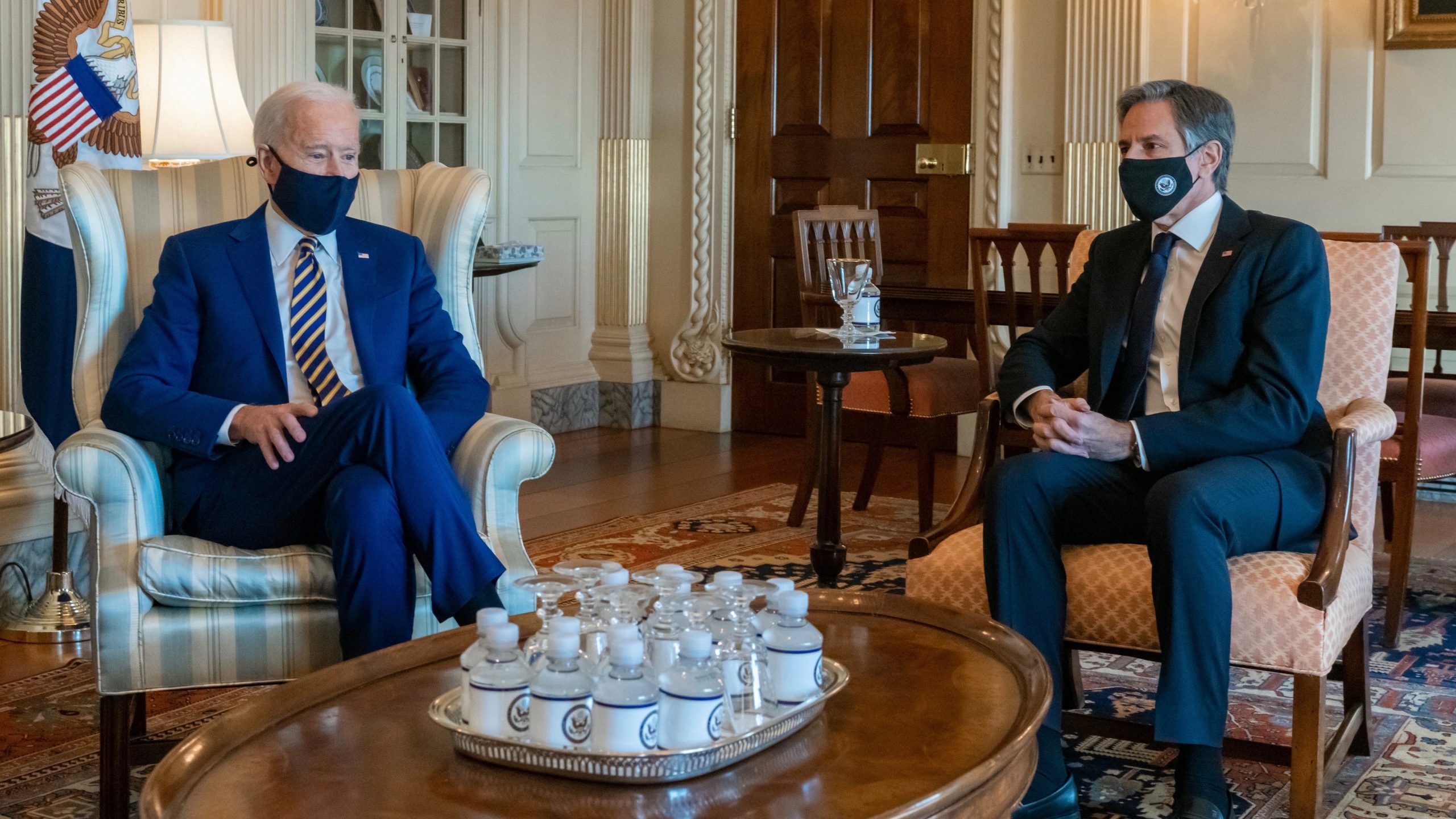 On February 1, 2021, US Secretary of State Anthony Blinken spoke to MSNBC about the new US government’s “foreign policy challenges.” Blinken threw out, piece by piece, the world chessboard of his predecessor, Mike Pompeo. When asked by journalist Andrea Mitchell if he will revoke the inclusion of Cuba in the US list of state sponsors of terrorism, the new secretary of state’s response to “a series of actions” taken by the outgoing administration was, “We’re looking at all of them.”

The “all of them” is the series of decisions that Donald Trump took in the last four weeks of his presidency including the bundle of sanctions on Cuba as a poisoned gift for Joe Biden. The sanctions by the Trump administration against Cuba that began in the spring of 2017 under the pretext of sonic attacks on US diplomats in Havana—which no one has been able to prove to this day—were escalated just before the end of Trump’s presidency, with dozens of unilateral measures and the inclusion of the Caribbean country in the list of state sponsors of terrorism.

US Against the Cuban Revolution

The US government’s hostility to the Cuban Revolution did not begin with Trump. Nor does it remain at the level of policy orientation of the US presidency.

Since the Cuban Revolution of 1959, the United States government has helped shape the counterrevolutionary forces. It has tried to take over the Cuban “opposition,” both inside and outside the island. In 1960, US President Dwight D. Eisenhower circulated a secret policy document with a chilling title: “A Program of Covert Action Against the Castro Regime.” The paper outlined how the US government was planning a “powerful propaganda offensive” and further stated that “Work is already in progress in the creation of a covert intelligence and action organization within Cuba which will be responsive to the orders and directions of the ‘exile’ opposition.” Finally, the US government had created a “paramilitary force outside of Cuba” for future guerrilla actions, a force that was evident during the failed invasion of Cuba in 1961 at the Bay of Pigs (Playa Girón).

Richard Bissell of the CIA, who was in charge of the Bay of Pigs invasion, later reflected on the US government’s role in the attack on Cuba in his book, Reflections of a Cold Warrior. He said that the CIA’s main task in Cuba was to “fabricate” an opposition that was “responsible, appealing, and unified.” Bissell planned the Bay of Pigs invasion under Eisenhower (a Republican president) and conducted it under John F. Kennedy (a Democratic president).

The US government has failed time and again to create a “responsible, appealing, and unified” opposition. Despite the expenditure of vast amounts of US taxpayer dollars by Washington, it has not been able to create this “opposition” inside or outside Cuba.

Failure has not stopped the US government from pursuing the same shameless policy. Trump’s State Department officials called “dissidents” their “colleagues.” The chargé d’affaires of the US Embassy in Havana, Timothy Zúñiga-Brown, received a call from the “dissidents” warmly at the US Embassy. This was more important to the US than to offer consular services, which have been suspended due to the pandemic. The closure of consular services has forced Cubans with family in the United States to request a visa for the US in Mexico and Guyana. Zúñiga-Brown went further than previous US officials: he began to act as driver and advocate for these “opponents,” who are members of the San-Isidro Movement (MSI) and have proclaimed their sympathies for former US President Trump—including MSI leader Denis Solis.

Zúñiga-Brown reminds us of a previous US administrator, Romulus M. Saunders, the US minister to Spain during the administration of US President James Polk. Saunders tried to negotiate a secret agreement with Spain in 1848 to buy Cuba for $100 million; the story about the negotiations, however, got leaked and Saunders failed to secure a deal. Polk’s Secretary of State James Buchanan said of Saunders that the minister to Spain “speaks no language but English, and even this he sometimes murders.” Buchanan wished that a “more skilful agent” could have been chosen, but, in fact, the problem was not Saunders’ failures but the failure of the policy.

One of Cuba’s most important intellectuals of that period, Domingo del Monte, called Ambassador Saunders a “wimp” who was “very obtuse” and weak. It was almost as if del Monte was defining not Saunders but Zúñiga-Brown, as well as the overall US policy in Cuba itself.

The Cuban Revolution rejected the colonial depredation of Cuba, the reduction of the island into a great brothel and a grand casino of the United States. Since 1959, the Cuban people have rejected all attempts to overturn the Revolution and to fabricate an opposition for this purpose.

Che Guevara wrote that the Cuban Revolution “became Marxist” not because of a preconceived attitude toward Marxism but as a logical solution to the problems posed by imperialism.

If the Biden administration wishes to change Trump’s chessboard, it should consider this simple point: on the chessboard, Cuba has always been the queen who is proud of her sovereignty. This attitude has always shaped Cuba’s politics. It is not by chance that two of Cuba’s vaccines carry the name Sovereign 1 and Sovereign 2.