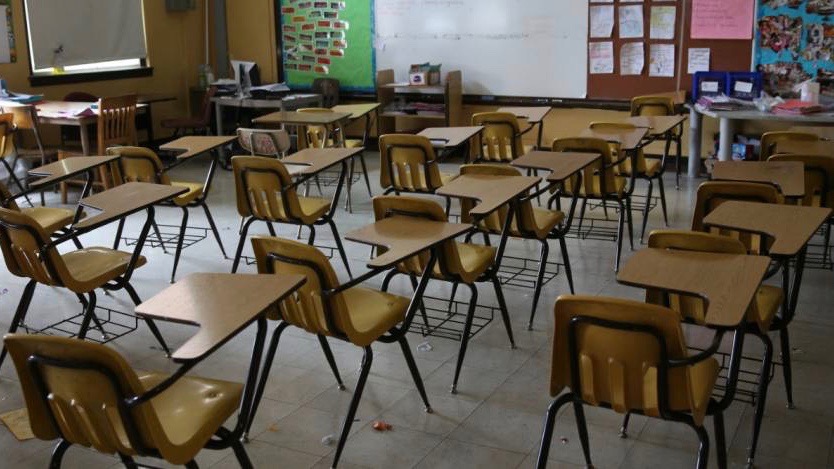 The Colegio de Profesores de Chile (CPC), national school teachers’ union, stressed that only vaccinating teachers is not enough and there is need to consider various other factors for a safe return to school.

On February 15, the Chilean government began vaccinating its teachers and education workers against COVID-19, in order to facilitate the return to in-person classes and reopen schools from March 1. However, the Colegio de Profesores de Chile (CPC), a national union of primary and secondary school teachers in Chile, rejected the decision of the national government to hastily reopen schools.

The union appreciated the commencement of the inoculation process, but stressed that the dates to resume in-person classes are not appropriate. The union highlighted that since the vaccination requires two doses, it would not be safe to reopen schools until all the teachers and everyone else who work in the schools receive their second shot. They also pointed out that vaccination is not enough and it is necessary to consider several other factors for a safe return, such as a deceleration phase of the pandemic and a better transportation plan.

Carlos Díaz, the president of the CPC, in an interview with Diario y Radio UChile, said that “the vaccine is one of the many elements that we think are essential that should be guaranteed, for example, all communes are in phase 4* and moving upwards. With the level of infections that we have today in Chile, with an uncontrolled pandemic, of course we believe that there are no conditions to return. Also, conditions are unfeasible if it is not possible for every municipality to generate transportation plans endorsed by the ministry, so that children, young people, students across the country can move to schools or gardens without any type of risks and not in already collapsed public transport.”

In another interview with BioBio Chile, Díaz highlighted that the schools are not in a position to restart classes as many of them are currently being used as vaccination centers. He said that the most appropriate time to resume schools would be after June, since by then a significant part of the population would be immunized.

Meanwhile, Mario Aguilar, CPC’s president for the Metropolitan Region, said that face-to-face classes are necessary, but the present conditions do not support the measure. He emphasized that the government’s decision to rush the reopening of schools is motivated by economic interests. “They are determined to force a return to face-to-face classes at any cost, solely because of pressures from business groups. That has even been confessed. At some point, former (economic) minister (Ignacio) Briones said so. He confessed that the real reason for going back to classes had to do with economic reasons. The schools for them are nurseries so that children can be taken care of and people can go to work. That is their conception of a school,” criticized Aguilar.

The CPC’s position received support from parents and local governments. The Corporation of Parents and Guardians for the Right to Education, the United for Education, among others, agreed that the country’s conditions are not yet in place to resume schooling. Additionally, mayors of La Florida, La Serena, San Miguel and others also expressed themselves against the possibility of returning to face-to-face classes without any risk during the month of March.

At the same time, parents, local government officials and opposition leaders also rejected the statements made by right-wing parliamentarians against the CPC.

On February 15, during a debate show on Chilevisión Noticias, Senator Iván Moreira of the right-wing Independent Democratic Union party (UDI), criticized the union’s stance, insulted the organization and disregarded the work, efforts and services provided by teachers during the pandemic. “Many of them (teachers) have been on vacation throughout the year” and “I have seen that CPC is more dedicated to doing politics than actually concerned with the education of children,” said Moreira.

On February 16, economic minister and President Sebastián Piñeras government secretary, Lucas Palacios, joined Moreira in criticizing the CPC. “We all want to return to our jobs as health conditions permit. In the case of teachers, it is striking that they seek not to work anyway, it is a unique case in the world and I would say that of study. The CPC all they seek are arguments not to work,” said Palacios.

The CPC also rejected these statements and reiterated that they “will continue to defend the life and health of our students.”

As of February 16, Chile has registered 782,039 confirmed cases of COVID-19 and 19,644 deaths from the disease. Additionally, between December 24 and February 15, 2.15 million Chileans have received a dose of vaccine. The government of President Sebastián Piñera aims to administer vaccines to 15 million of its 19.12 million people by the end of June.

*In Chile, phase 4 refers to the initial opening stage when certain activities are resumed with a lower risk of contagion.