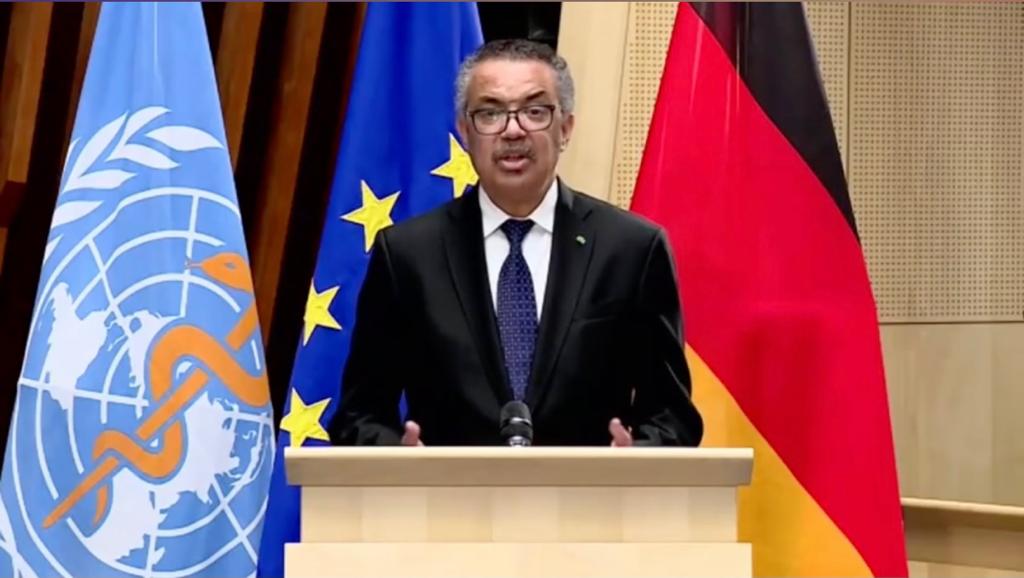 Highlighting the race among the world’s rich countries to buy and store COVID vaccines, the chief of the World Health Organisation (WHO) Tedros Adhanom Ghebreyesus said on Monday, February 22, that this has undermined the COVAX initiative to provide vaccines to the poorer nations and the world’s most vulnerable populations.

The COVAX initiative was started last year to facilitate vaccine delivery to all countries irrespective of their capacity to buy it. However, so far, the initiative has failed to provide any help to the poorer countries due to shortage of vaccines high prices.

Though G-7 countries pledged last week to provide USD 4.3 billion to the initiative, the WHO chief says the money won’t be enough because the overall production of the vaccine is limited and whatever is produced is hoarded by the rich countries. He called for a change of their attitude.

Tedros Ghebreyesus joined a large number of global diplomats who have expressed similar concerns over vaccine nationalism among the rich countries. Speaking at the UN security council last week secretary general Antonio Guterres criticized the rich nations for hoarding vaccines which has created a situation where 10 countries have administered 75 percent of all global vaccine doses while 130 countries have not yet received a single dose.

Last week, the newly-elected chief of World Trade Organization Ngozi Okonjo-Iweala, speaking to Reuters had warned against “vaccine nationalism” among the rich countries saying that “no one is safe until everyone is safe” and “if other countries are not immunized it will be a blowback” to the world.

So far, the US has administered the largest number of vaccines followed by China and the European Union. Israel and the UAE have vaccinated the highest percentage of their populations, with almost 50% vaccinated. This at a time when the majority of the middle- and lower-income countries in Africa, Asia and Latin America have not yet received a single dose. The UN has called this phenomenon a result of “vaccine nationalism” where countries with money and resources have, in competition with each other, signed pre-purchase agreements with the producers to secure as many doses as possible without thinking about its repercussion on the overall fight against the pandemic.

According to various sources, some countries have bought more than the required number of vaccines. For example, Canada has enough doses to vaccinate its total population five times, the UK more than three times and New Zealand more than twice.

Responding to the rising vaccine inequality, allegations of vaccine nationalism, and vaccine apartheid followed by some countries such as Israel, the WHO launched a global campaign last month to bring vaccine equity. In the statement issued on January 18, the WHO called on all countries to work together to make sure that within the first 100 days of the year 2021 all countries start vaccinating their health workers and vulnerable populations.