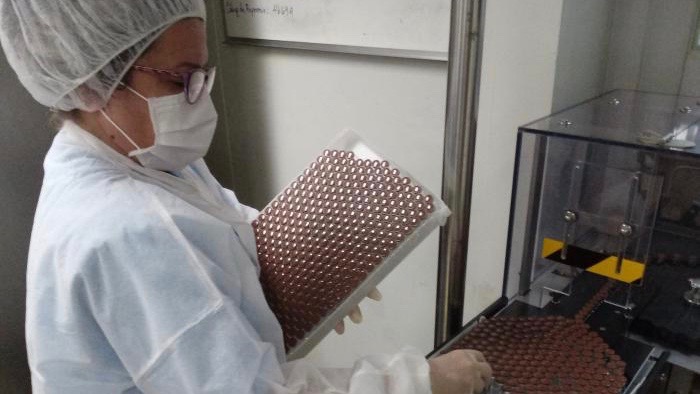 Throughout 2020, Cuba played a significant role in fighting the COVID-19 pandemic globally. The small island nation sent over 50 contingents of doctors and healthcare professionals to about 40 countries around the world to assist them in their fight against the disease. Due to the country’s extraordinary efforts to help humanity in one of the worst public health crises to date, thousands of organizations and individuals from across the globe have joined a campaign calling on the Nobel Committee to award the Nobel Peace Prize to Cuba’s Henry Reeve Medical Brigade.

In 2021, the Caribbean country is prepared to add a new milestone in its inspiring history. While the rest of the Latin American and the Caribbean countries are focusing their efforts on importing vaccines, Cuba is the only country in the region focused on developing its own vaccines against COVID-19. Cuba is working in parallel on four possible vaccines: Soberana 01 and Soberana 02 of the Finlay Vaccine Institute (IFV), and Abdala and Mambisa of the Center for Genetic Engineering and Biotechnology (CIGB). Two of these, Soberana 02 and Abdala, showed positive results during the second phase of clinical trials and will advance to the third phase in March. If these vaccines yield desired results, Cuba will become the first country in the region to develop its own vaccines.

In August 2020, Cuba became the first country in the region and the 30th in the world to announce a vaccine candidate against COVID-19 with Soberana 01. The same month, following the pre-clinical studies on animals, Cuba’s Center for State Control of Medications, Medical Equipment and Devices (CECMED) authorized the IFV to start human trials. In November 2020, the CECMED gave authorization to the IFV and the CICG to begin clinical trials of Soberana 02, Abdala and Mambisa.

Soberana 01, Soberana 02 and Abdala are injectable vaccines, administered by intramuscular route into the deltoid muscle, while Mambisa is a nasal spray vaccine, applied through the nose. The four vaccines work in a similar way. The difference between them is that each one has different formulations. The two Soberana vaccines use an antigen obtained from mammalian cells in various formulations, while Mambisa and Abdala use an antigen taken from yeast, also in various formulations.

Soberana 01 entered the second phase of trials this month and Mambisa is still in the first phase of trials. Meanwhile, Soberana 02 and Abdala are closer to being approved for a mass emergency use in March. Both the vaccines have shown a high immune response against coronavirus in the second phase. They have also shown few and mild adverse events such as mild pain around the site of injection.

Both Soberana 02 and Abdala are protein-based vaccines that contain part of the coronavirus. Unlike Pfizer and Moderna vaccines, they do not require deep freezing, and are more economical and viable options for poorer countries that often lack the equipment to keep that many doses frozen. Countries, such as Iran, Venezuela, Vietnam, India and Pakistan, have already shown interest in acquiring Cuban vaccines.

Soberana 02 requires three doses to be administered at two-week intervals. Abdala, on the other hand, requires two doses at an interval of three weeks.

In the third phase, Soberana 02, which seems to be leading the race, will be tested on some 150,000 people in Cuba and Iran. Cuba and Mexico are also communicating about the possibility of carrying out phase III trials in Mexico as well. The details regarding Abdala’s phase 3 trials have not been made public yet.

The socialist government of President Miguel Díaz-Canel is optimistic about the results. In case of success, Cuba hopes to produce 100 million doses of Sovereign 02 this year, with which it aims to vaccinate its entire population of over 11 million people and start exporting to other countries by the end of the year. Administration of anti-COVID vaccines will be free and voluntary in the country.

In a press conference, in the beginning of February, the president of the state-owned pharmaceutical company BioCubaFarma, Eduardo Martínez, also said that the country’s vaccines showed very positive results and assured that the country might obtain “more than one vaccine.”

At the same time, the director of the IFV, Vicente Vérez Bencomo, said that after receiving validation from the WHO, the country will produce its first batch of one million vaccines in April.

The four vaccine candidates are a proof of the power of Cuban biogenetic engineering and biotechnological advancements. Cuba began investing in biotechnology and medical science in the 1980s, as part of Commander Fidel Castro’s vision to make the nation self-sufficient in the face of the US embargo that made it difficult to obtain medicines produced abroad.

As it is part of Cuba’s long history of medical innovation rooted in humanism, internationalism and solidarity, the country has already announced to donate vaccines to poor countries. Additionally, the IFV’s director, Vérez Bencomo, has announced that all foreigners who arrive in the country and want to be vaccinated with Cuban candidates will be able to do so.

The names of the vaccines are a tribute to the revolutionary history of the country. Soberana means sovereign in English, a nod to the country’s autonomy and self-sufficiency in the face of the US’ six-decade-long commercial blockade. Abdala is named after a dramatic poem written by Cuba’s national hero José Martí in 1869. Mambisa refers to a woman guerrilla fighter who fought in the Cuban war of independence against Spain in the second half of the 19th century.