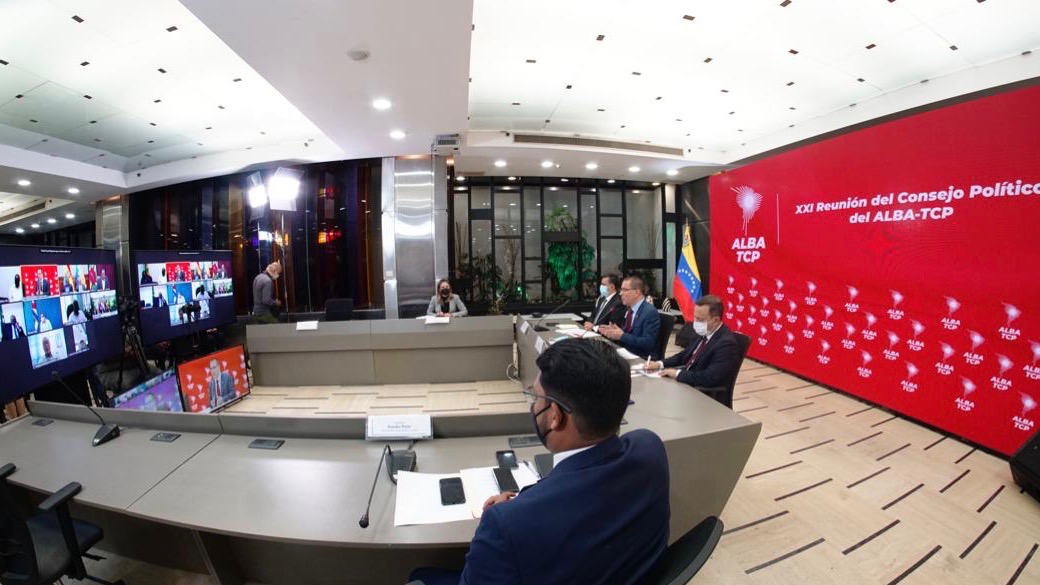 Venezuelan foreign minister Jorge Arreaza inaugurated the XXI Meeting of the Political Council of the ALBA-TCP on March 1 from Caracas. Photo: ALBA-TCP/Twitter

The XXI Meeting of the Political Council of the Bolivarian Alliance for the Peoples of Our America – People’s Trade Treaty (ALBA-TCP), was held virtually on March 1 with the participation of the foreign ministers and other representatives of the member countries. The meeting culminated with a call demanding an immediate end to the unilateral coercive measures imposed by the United States against Venezuela, Cuba and Nicaragua. The delegates strongly rejected the sanctions, considering that they affect the populations of these countries, violate their rights, cause humanitarian damage and complicate their fight against COVID-19 pandemic.

The meeting was held to evaluate the regional political situation and define collective political actions for the first half of the year to promote regional peace, stability, multilateralism, and health and economic recovery.

It was inaugurated by Venezuelan foreign minister Jorge Arreaza. Arreaza referred to the stage of confrontation with the pandemic in the region and highlighted the efforts being made to create the organization’s vaccine bank, with the aim of guaranteeing vaccination in all member nations. Likewise, he emphasized on the need for the organization to continue to firmly promote the founding ideas of regional integration and solidarity in defense of independence, self-determination and the identity of peoples comprising it. In this regard, Arreaza said that “unilateral coercive measures not only affect sanction countries, they impact the region. We must be aware of this and we must jointly denounce any attack against our region.”

Cuban foreign minister Bruno Rodríguez also said that “the unilateral coercive measures against several countries of our alliance damage the living conditions of our peoples” and added that “the economic, commercial and financial blockade of the United States against Cuba has been felt (by the country) with redoubled effects in the context of the pandemic.”

Saint Vincent and the Grenadines’s minister Melissa Peter also welcomed Bolivia back to the regional bloc and congratulated Sacha Llorenti on his appointment as Secretary General of the bloc. Melissa Peter praised Cuba and Venezuela for their efforts during the time of pandemic. The government official on behalf of her government also joined the international campaign calling on the Nobel Committee to award the Nobel Peace Prize to Cuba’s Henry Reeve Medical Brigade in 2021.

Dominica’s minister Darroux also thanked Cuba for sending a contingent of the Henry Reeve Medical Brigade, and Venezuela for sending medical supplies and the organization for making efforts in creating the vaccine bank. Darroux also congratulated Cuba for efforts in developing its own vaccine despite the decades-long US blockade. Grenada’s minister Joseph also thanked Cuba for its medical assistance during the health emergency.

The freshly-appointed ALBA-TCP Secretary General Sacha Llorenti rejected the inclusion of Cuba in the list of countries “that sponsor terrorism.” Saint Kitts & Nevis’ Ambassador to CARICOM Sydney Osborne also denounced Cuba’s designation as a state sponsor of terrorism and urged the US to reconsider its position.

Through a declaration of the meeting, the ALBA-TCP ratified its commitment to Latin American and Caribbean integration with the objective of facing together the desire for imperialist domination and the growing threats to regional peace and stability.

ALBA-TCP is a platform for social, political and economic integration of Latin American and Caribbean nations. It was founded in 2004 as a result of the strategic vision of Commanders Fidel Castro and Hugo Chávez. It was created to serve as the counterpart of the Free Trade Area of ​​the Americas (FTAA), promoted by the United States to impose its economic domination in the region. The organization is made up of Antigua and Barbuda, Bolivia, Cuba, Dominica, Granada, Nicaragua, Saint Kitts and Nevis, Saint Vincent and the Grenadines, and Venezuela. 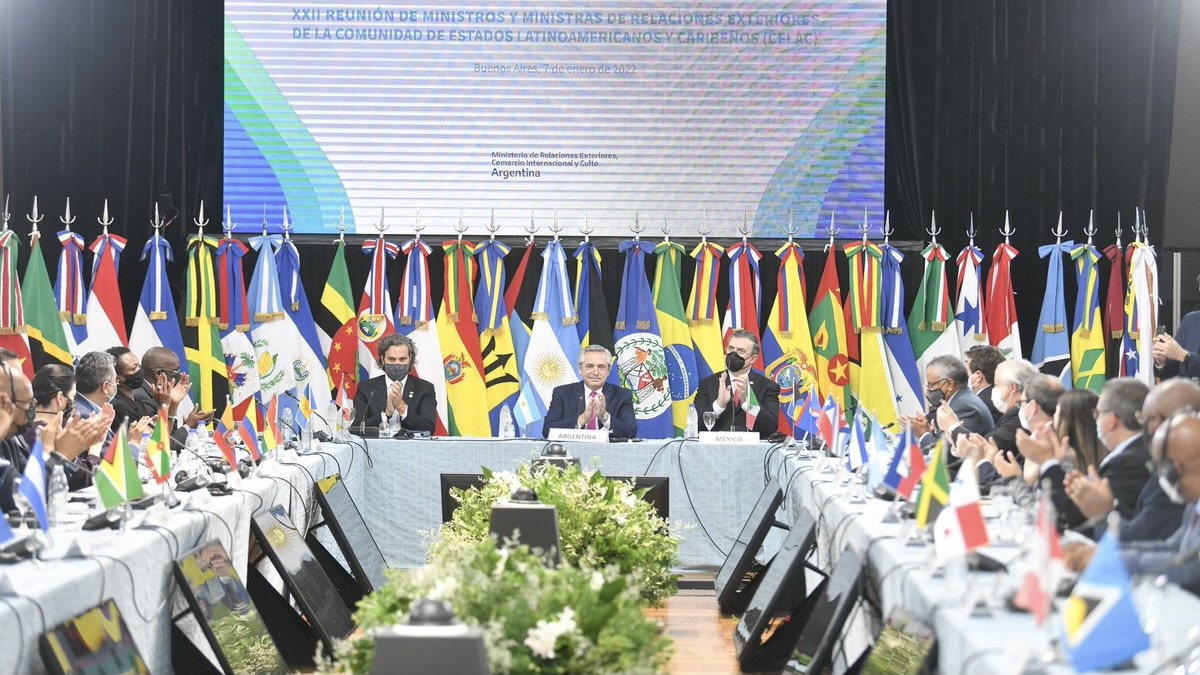