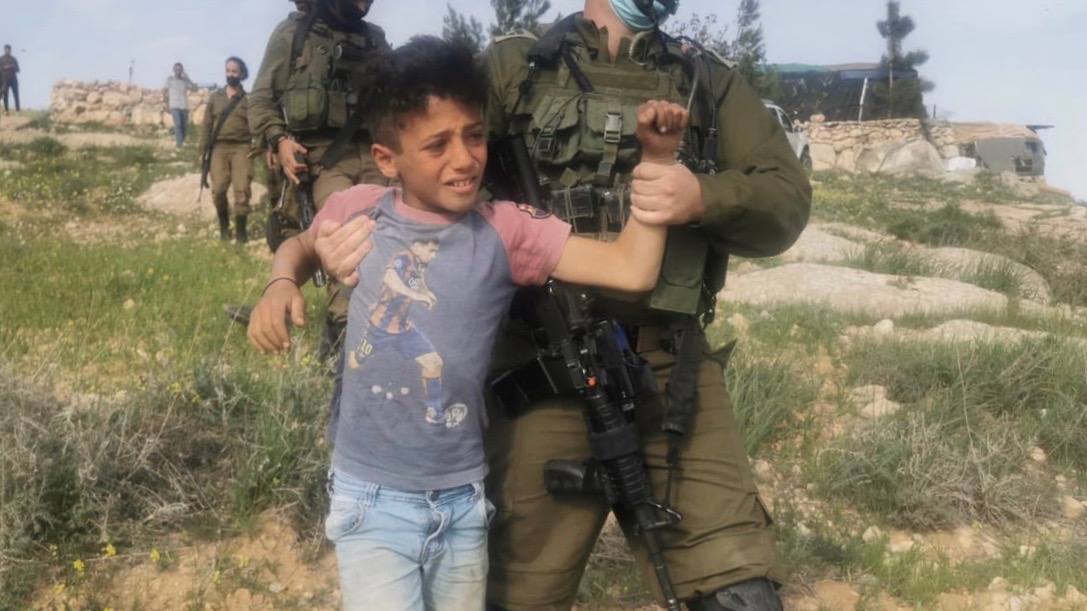 Continuing their oppressive occupation in the occupied Palestinian territories and in complete violation of international humanitarian laws, Israeli forces detained five Palestinian children in Hebron in the occupied West Bank on Wednesday, March 10. Heavily armed Israeli forces were seen dragging the children aged between 8 and 13 years to a nearby police station in a video released by Israeli human rights group B’Tselem on Wednesday.

5 Children between the ages of 8-12 were arrested, south of Al-Khalil (West Bank). Another clear violation of international law, yet its another daily occurrence for Palestinians.
pic.twitter.com/uVsfQxVZ4H

The five children were detained for hours before they were released. The Israeli forces have asked two of the children, aged 12 and 13 years, to report next week for more questioning. As per Israeli law, children above the age of 12 are old enough to face the law.

The Israeli forces claimed that they are investigating a charge of “trespassing.” The children were seen playing in the area and collecting some wild plants when two settlers emerged behind the trees and scared the children away before calling the forces. The settlers are from an illegal settler outpost called Havot Maon near a Palestinian village called Masafer Yatta.

On the same day, illegal settlers fired at two Palestinian children from the same village when they were grazing their sheep nearby, Palestinian news agency Wafa reported.

Settler violence against Palestinians inside the occupied territories is a result of the immunity provided by the presence of heavily armed Israeli forces and the biased and one-sided implementation of law by the occupation authorities. Illegal settlers often attack Palestinian residents, destroy their homes and fields and grab their land to build more illegal outposts. The Isreali bias in the implementation of law has been termed by Palestinian and other human rights groups as a form of apartheid.

B’Tselem and other rights groups have called the detention of Palestinian children by the Israeli forces a violation of international humanitarian law and yet another symbol of apartheid.

The fact that Palestinian children, some under the age of criminal responsibility, can be arrested for this offense while the residents of this outposts and their visitors attack, vandalize and intimidate the entire vicinity with impunity, symbolizes the broader apartheid regime