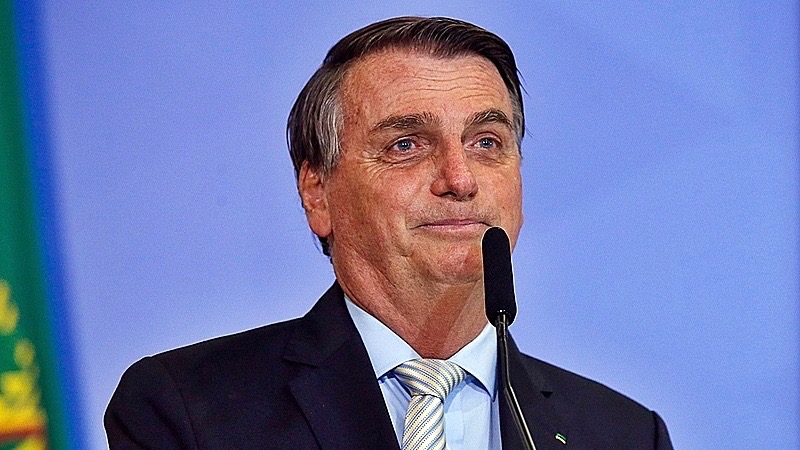 A Datafolha survey shows that Bolsonaro's disapproval rating went from 48% to 54% in a single week. Photo: Isac Nóbrega/PR

President Jair Bolsonaro’s rejection of denialism during the COVID-19 pandemic, has led to his highest disapproval rating since taking office. According to a Datafolha survey, published on Tuesday night (16th), 54% of Brazilians consider his job performance to be bad or very bad.

In a previous survey, carried out on January 20th and 21st, rejection of Bolsonaro’s handling of the pandemic stood at 48%. The portion of the population that considers his leadership to be good, went from 26% to 22%, while those who see it as average went from 25% to 24%.

Datafolha also asked respondents whether or not they think the president is the main culprit for the current health crisis, which has killed more than 280,000 Brazilians, and is leading to a collapse of the national healthcare system as infection levels peak. For 43% of respondents, Bolsonaro is to blame for the chaos.

Only 17% of those surveyed blame state governors, who for the most part have advocated stricter social isolation measures. Another 9% cite city mayors as the culprits. Furthermore, 15% of participants believe that the blame is split between the head of the Executive branch and the general population.

An out of control pandemic

Yesterday, Brazil again broke its daily record of COVID-19 deaths. The number of fatalities since the beginning of the pandemic has reached 281,626. The initial data from the National Council of Health Secretaries (Conass) did not take into account deaths in the state of Rio Grande do Sul, due to a delay in the release of the information. After disclosing its figures, the state registered 502 deaths. As a result, the total number rose from 2,340 to 2,842.

Many Brazilian states and municipalities are experiencing a collapse of their healthcare system, with no hospital beds being available. Experts argue that when hospitals climb above 85% capacity, pressure is exerted on the healthcare system, creating lines at treatment centers. Many states are in this situation, with emphasis on the three in Brazil’s South – Paraná (92%), Santa Catarina (99%) and Rio Grande do Sul (98%).

In an extraordinary bulletin released this Tuesday, the Fiocruz Institute presented an analysis regarding the state of the COVID-19 pandemic in Brazil. According to the evaluation of researchers at the institution, the country is currently experiencing a “very serious situation”, generating the worst collapse of the healthcare system in the country’s history.