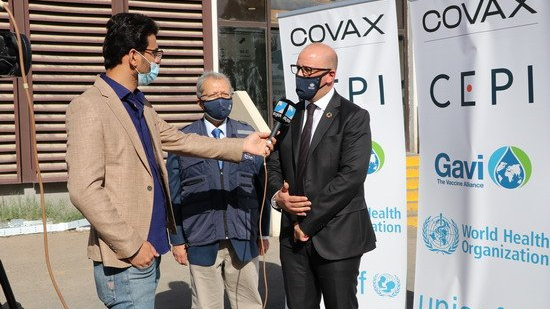 According to Iraq’s Ministry of Health, more than half of the recent cases in the country are of highly infectious UK variant which was first discovered in the country in February.

The second surge started in late February. Though the death rate is lower than the first wave so far, the infection rates are much higher, which is applying stress on the country’s poor health infrastructure. According to Al Jazeera, most of the hospitals in the country are running at full capacity.

The first wave peaked in September with over 4,700 cases recorded on September 29.

According to some observers, the actual cases of infections could be high as the testing rate in the country is still very low and there is absence of any social distancing measures.

The slow pace of vaccination in the country has raised several concerns. It has also been noted that the number of doses received and promised would not be adequate for a country which has a population of almost 40 million.

"Without vaccination, the end of COVID-19 is hard to see. Yet [Iraq] has so far received just 386,000 doses of the vaccine, a number totally inadequate for a country of 40 million."https://t.co/lHQwEysk9U

Meanwhile, a number of demonstrations broke out in the country on Thursday, April 1, after the Ministry of Education issued a notice for offline final year exams in colleges and universities. Iraqis on social media claimed that when classes can be held online, there is no need for offline exams amidst an ongoing second wave. They trended UNESCO_SAVE_US on Twitter. Online classes were started in the country after the increase in the number of cases last year.