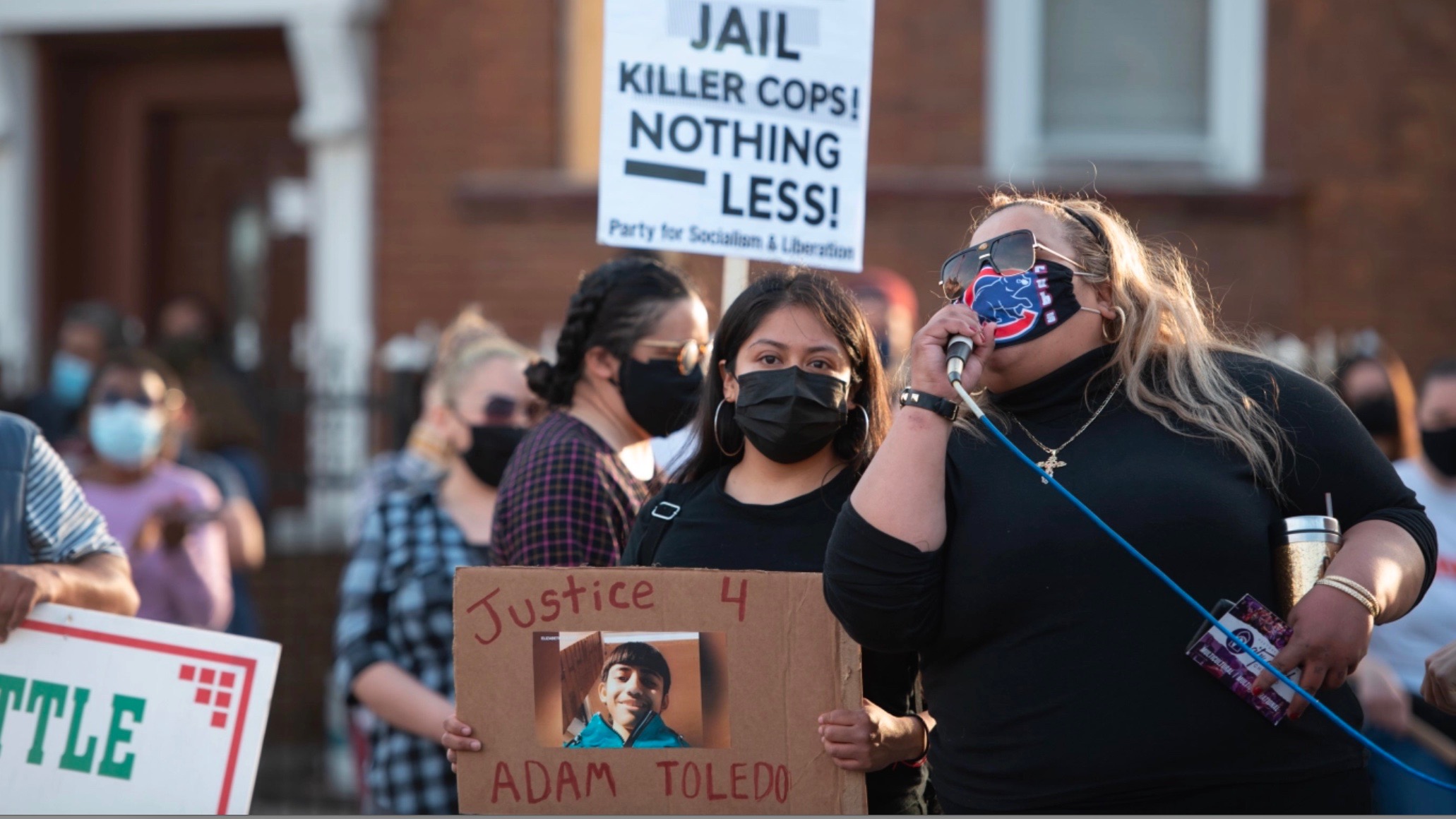 A vigil held by residents of Little Village, Chicago, on April 5, demanding justice for 13-year-old Adam Toledo who was shot dead in the neighborhood by a police officer. Photo: Colin Boyle/Block Club Chicago

Anger is spreading across the city of Chicago, in the US state of Illinois, after the police watchdog released bodycam footage of the police shooting a teenage child dead. The footage released by the Civilian Office of Police Accountability (COPA) on Thursday, April 15, showed the 13-year-old Adam Toledo, seemingly unarmed, being fired at while being chased by the police.

Toledo, of Mexican origin, was killed on March 29, in the Little Village neighborhood, where the police arrived responding to emergency calls reporting multiple shooting incidents in the area. In the footage released, the police can be seen finding Toledo with another person, later identified as 21-year-old Ruben Roman, and chasing the two.

The police could be seen chasing Toledo into an alleyway where the officer responsible for the shooting, Eric Stillman, could be heard shouting orders for him to drop something in his hand. As Toledo eventually stops with his empty hands raised and turns around, seemingly to surrender, Stillman fires a shot that hits him in the chest and dies at the scene. The entire incident, from the beginning of the chase to the shooting happened within a span of 19 seconds.

In bodycam footage from other officers present at the incident, along with CCTV footage from the alley, it was seen that Toledo threw away a handgun before turning around to surrender. While Roman has been charged with various charges of unlawful use of firearms and endangering minors, Stillman or other officers involved in the chase are yet to face disciplinary actions from the police.

The release of the video footage from the scene was met with anger and protests by the residents of Chicago. In a press conference held by Toledo’s family, Adeena Weiss Ortiz, the lawyer representing the family said that the “videos speak for themselves.”

“Adam, during his last seconds of his life, did not have a gun on his hand. The officer screamed at him ‘show me your hands!’ Adam complied and turned around. His hands were empty when he was shot in the chest at the hands of the officer,” Ortiz added.

Earlier, the Chicago Police Department claimed that Toledo posed an immediate threat to the officers present at the site, without specifying the sort of threat. In a statement during a bond hearing for Roman, the Cook County assistant state’s attorney, James Murphy, even went on to claim that Toledo held a gun in his right hand, as he turned to the officers. The State’s Attorney’s Office later clarified that Murphy “failed to fully inform himself” before the court hearing.

Demonstrations and vigils were held in different parts of the city, including Little Village, where the incident took place, and the headquarters of the Fraternal Order of Police, the city’s police union. One demonstration also led to a brief interruption of traffic at the city’s iconic Michigan Avenue. Protesters carried banners that also alleged a “48-hour cover-up” referring to the 48 hours that it took the police to inform Toledo’s family of his death.

The release of the footage comes just days after another police shooting incident in Minneapolis and the ongoing trial of Derek Chauvin, charged in the killing of George Floyd last year, has brought back national attention to police violence and killings, which led to massive protests across the country last year. The Washington Post has recorded 990 people shot dead across the United States, by the police in the year 2020 and 265 such killings this year so far.

“A young life was lost, and while this vigil is in the remembrance of Adam Toledo, we know this is not an isolated incident,” said Jaqueline Herrera, Violence Prevention Director of Enlace, in a vigil at Little Village, held on April 5, shorly following the news of Toledo’s death. “There have been too many Black and Brown lives taken at the mercy of the Chicago Police Department — and we need this to stop now. We are tired of this continuing to happen.”