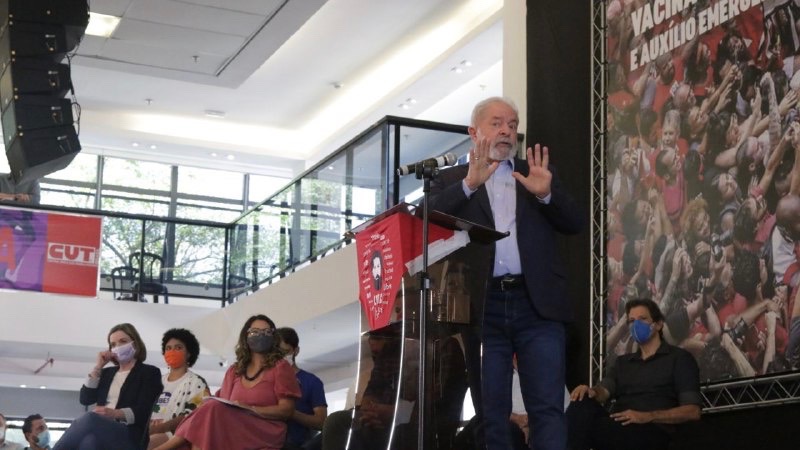 The former president of Brazil, Luiz Inácio Lula da Silva, became fully entitled to run in the 2022 presidential elections, as determined by the Federal Supreme Court (STF), which on Thursday April 15, ratified a ruling handed down by STF magistrate Edson Fachin on the 8th of March, that annulled the prison sentences of the former president.

After the court’s decision, Lula da Silva affirmed, in an exclusive interview with Argentine television station C5N, that if the political context demands it he will be a candidate in the 2022 elections, “to defeat a fascist like Bolsonaro, a genocidal leader who is most responsible for the chaos brought on by the coronavirus pandemic.”

The former president nevertheless remarked that at first, he will seek consensus with other leftist forces to find “someone who represents progressive sectors.”

Regarding the judicial and political persecution against him, he stressed that “it has all been a very big lie.” “But my lawyers proved it was a sham. The judge lied, the prosecutors lied, the federal police lied in order to keep me away from the electoral campaign. Now I’m ready for the fight,” Lula stated.

The resolution that annuls the convictions against Lula stemming from the Lava Jato anti-corruption operation, was approved by eight votes to three. The STF magistrates dismissed an appeal by the Attorney General’s Office against the initial decision handed down by Justice Edson Fachin.

In his March 8th ruling, Fachin said that the 13th Federal Court of Curitiba, the capital city of the southern state of Paraná and responsible for the former president’s convictions, did not have the jurisdiction to judge the cases related to a triplex apartment in the coastal city Guarujá, located in the state of São Paulo; a ranch in the town of Atibaia, in the São Paulo countryside; an investigation of the Lula Institute, which was founded by the ex-president; and yet another case relating to alleged illegal campaign contributions made by the Odebrecht company, a giant in Brazil’s construction industry.

In 2017, the former president received prison sentences that added up to more than 25 years, loosing all his political rights a result. The sentences were handed down by former judge Sérgio Moro and Judge Gabriela Hardt.

Since the cases were taken up in Curitiba, they will now be transferred to federal courts in the nation’s capital, Brasilia, where they will have to be tried again.