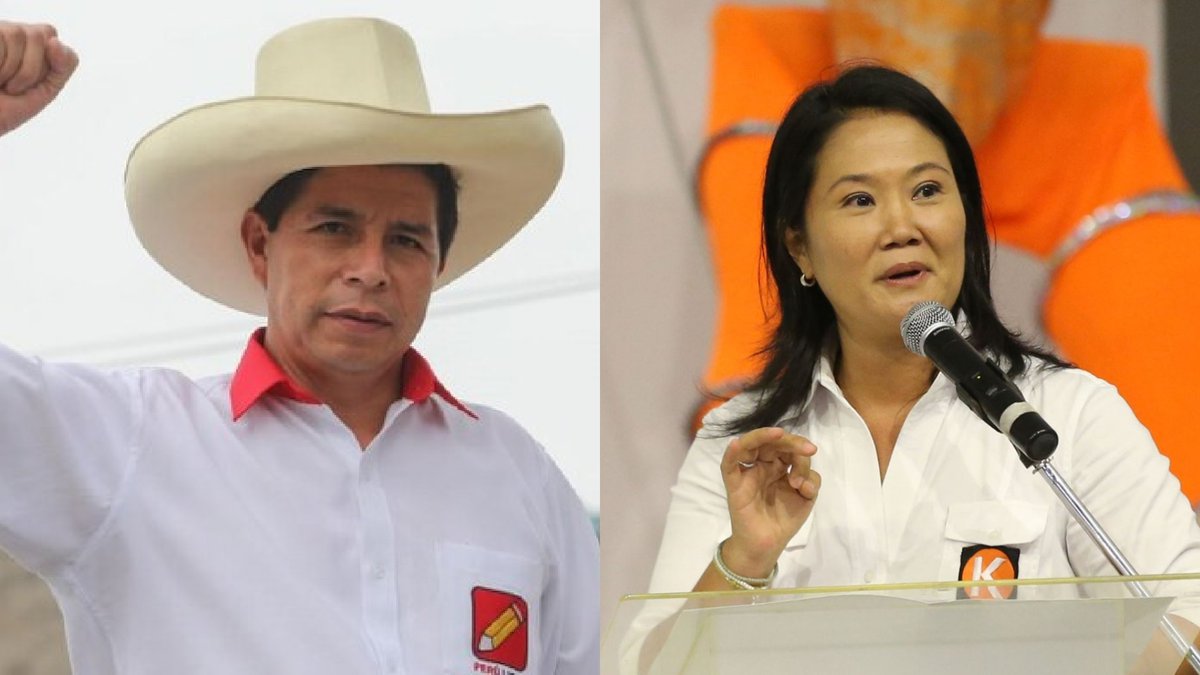 Pedro Castillo of the left-wing Free Peru political party is set to win the second round of presidential elections in Peru, according to the latest opinion poll conducted by Ipsos Peru pollster, released on April 18. Castillo is leading the voting intention with 42% of the votes, while his opponent Keiko Fujimori of the far-right Popular Force party follows him with 31% of the votes. The poll also indicated that 16% of those surveyed said they would not vote for either candidate and would cast a spoilt vote, and 11% did not say who they would vote for or had yet to decide.

Castillo is a primary school teacher and union leader. He has expressed himself in the favor of rewriting the country’s constitution, with the aim of giving the state more control and a leading role in the economy to compete with the private companies. He has proposed an anti-neoliberal economic model to address the crisis facing Peru. He has proposed nationalizing natural resources & strategic industries such as mining, oil, hydropower, gas and communications.

Meanwhile, Fujimori, the daughter of former dictator Alberto Fujimori, has expressed herself in support of preserving the current neoliberal and unequal constitution, drafted during her father’s dictatorship. She advocates a neoliberal capitalist economic model.

The run-off elections are scheduled for June 6, when over 25 million Peruvians will elect their next president and two vice presidents for the period 2021-2026. The new head of state and his vice presidents will take office on July 28.