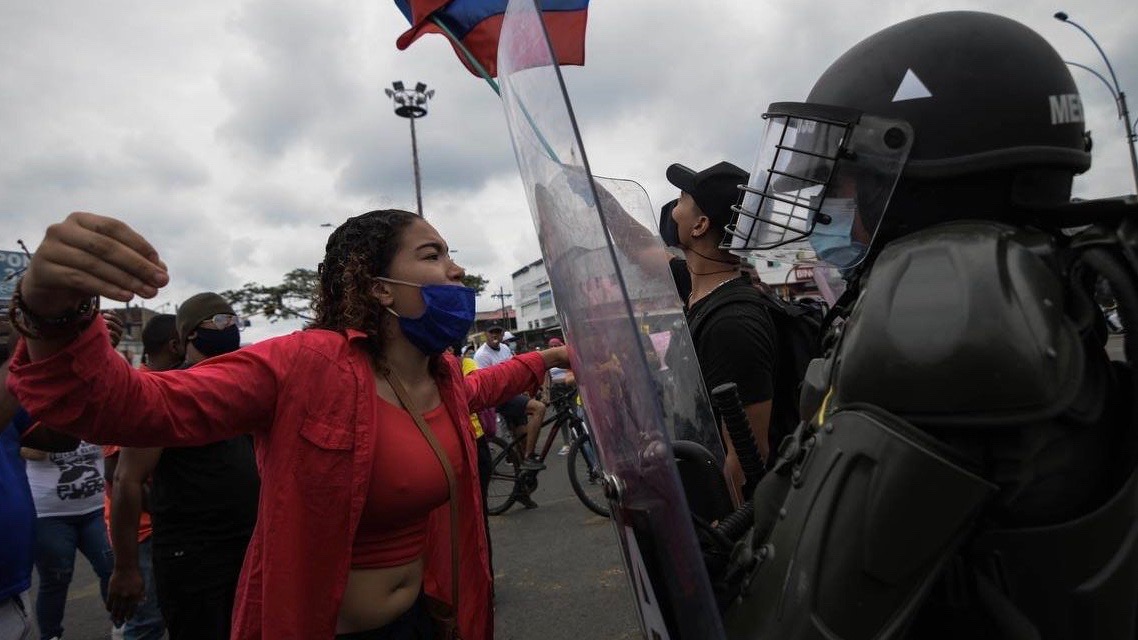 The mobilizations carried out since Wednesday in Cali, the capital of Valle del Cauca, have been brutally repressed by state security forces. On the night of April 30 human rights organizations called an urgent press conference to shed light on what happened in the protests that day.

The press conference was called for after videos and information circulated on social media about people having been assassinated in Cali during the afternoon and night of April 30. These events took place in the midst of the protests part of the National Strike, called for by broad sectors of Colombian society beginning on Wednesday April 28.

At 9pm, human rights defenders from the city of Cali presented reports on the consequences of the police violence carried out since Wednesday.

– 84 people were brought to police stations. The location of some of them is unknown.

– 28 people were injured, many of them with serious injuries due to being shot at by firearms.

– One woman was sexually assaulted by an agent of the Mobile Anti-Disturbance Squadron.

– Eight people killed and six more to be confirmed in the neighborhoods El Calipso and El Diamante.

Furthermore, they alerted that police have denied information to human rights defenders about the detained people, who also reportedly have been tortured. “The common denominator with the Special Operative Security Groups -GOES-, and with the army and police has been abuse,” they declared in the livestream.

These actions took place after the Minister of Defense, Diego Molano, stated on the night of Thursday April 29 that he would send 700 members of the police including of the Mobile Anti-Disturbance Squadron- and 300 soldiers from the army. On Friday April 30 in a press conference, the Minister of the Interior confirmed that the numbers were even higher. They sent 1,780 extra police officers, 700 members of the Army, 2 Black Hawk helicopters & 60 more police motorcycles to the city of Cali.

At the moment the complicated situation continues in the city. At the end of the press conference, the human rights defenders confirmed that in the neighborhood of Puerto Resistencia there were reports of security forces shooting at protesters with firearms. “The community is not asking for more security forces, the community is asking for this to end. We do not want more deaths in Cali,” they said.

Protesters in the cities of Pasto, Medellín, Pereira, and Bogotá have also publicly condemned abuses by the security forces against the mobilizations in their cities. 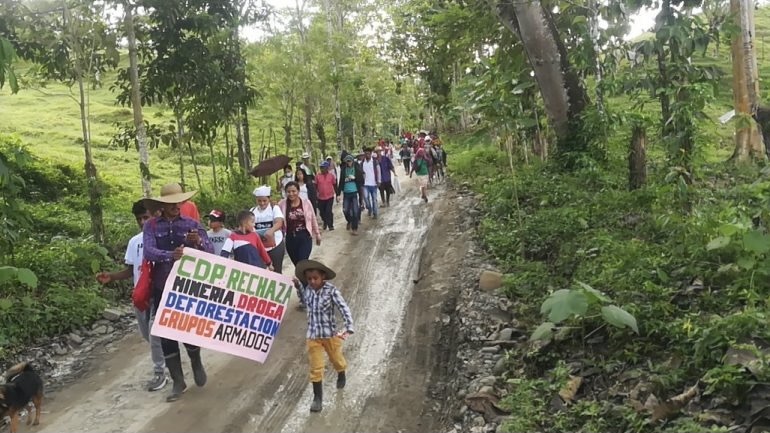