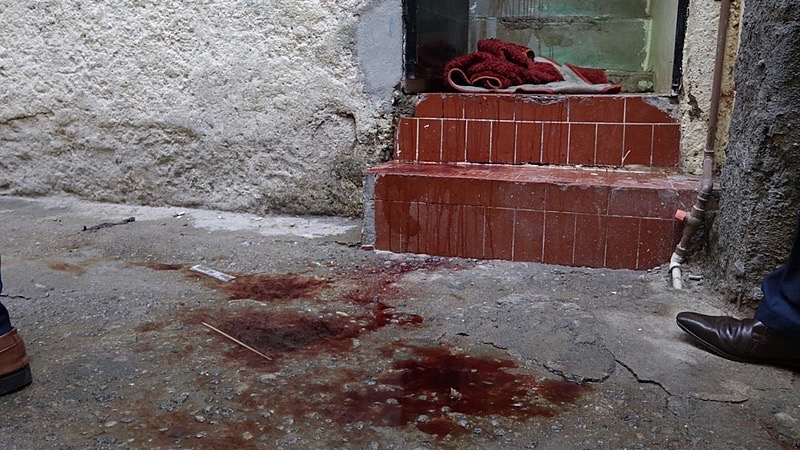 Bloodstain on the doorsteps of a house in Jacarezinho: 24 victims remain unidentified - Voz das Comunidades

25 people were killed in a police operation on Thursday, May 6, in Jacarezinho, a poor neighborhood in Rio de Janeiro’s northern zone.

According to Fogo Cruzado, a non-governmental organization that produces data on armed violence, the episode is “the second-largest slaughter in the history of the city.”

The victims of the operation targeting drug dealers included 24 “suspects” and one police officer, André Leonardo de Mello Frias, who was shot in the head, as stated by the Institute of Public Safety (ISP).

The names of the 24 victims had not been released until the closing of this edition. So far, no supplemental information is available on any of the deceased.

Two subway passengers and a resident were hit by stray bullets but survived, and two other policemen were wounded in the operation.

“For us, any situation that involves shots with firearms and three or more civilian deaths, except security officers on duty, constitutes a slaughter,” affirms the spokeswoman of the NGO, Maria Isabel Couto.

Jacarezinho is controlled by the drug gang Comando Vermelho (CV), or Red Command, and is considered to be one of its headquarters in Rio.

“The police operation in Jacarezinho is the situation with more people shot and dead in the history of our NGO,” says Couto. “When we look into all the slaughters, it is second only to the massacre in Baixada Fluminense, in 2005.” On the occasion, 29 people were murdered in a police operation against drug trafficking.

“The third worst situation is the slaughter in Vigário Geral, in 1993, which ended with 21 people dead,” adds the spokeswoman, who has a Master’s Degree and a Ph.D. in Sociology.

Joel Luiz Costa, a member of the Human Rights Committee of the Brazilian Bar Association (OAB), went to the community on the same day to gather facts. Later on he shared some of the findings on his Twitter account.

“We went through Jacarezinho, visited five or six houses, and witnessed the same dynamics: invaded houses, gunshots, executions. There is no evidence of a crossfire, we’re talking about executions. A little boy died sitting on a chair. This is an execution, it is cruelty, barbarism,” he reported.

On their profiles on social media, the police stated that they only mourn the death of the policeman and the ‘innocent people hit in the subway.’”

Operations like the one in Jacarezinho disrespect a decision of the Supreme Court minister Edson Fachin, in June 2020. Fachin’s ruling forbade police operations in poor communities in Rio de Janeiro during the pandemic of COVID-19 and was justified by the Claim of Non-Compliance with a Fundamental Precept (ADPF) n.635.

The decision only allows such actions in “absolutely exceptional” circumstances and imposes that the Public Prosecutor’s Office must be notified by the police beforehand. Thus far, none of these entities made any declarations justifying the operation.

“Indeed, we have been seeing a significant reduction of shootouts, deaths, and wounded people during actions involving security agents in the Metropolitan Area of Rio de Janeiro,” Couto commented.

“However, when we look at the history of police operations since the beginning of our organization [in 2016], two of them happened after the ADPF was put in place,” she completes.

“This shows that the decision by the Supreme Court is important and has helped to spare lives. On the other hand, the police forces see it as an obstacle for their actions, not as an opportunity to effectively transform security policies in Rio de Janeiro.”

According to the specialist, such lethal operations could have been avoided with investments in intelligence.

“The rationale for combating criminality is still focused on confrontation, not on planning or investigation. Some cases are very serious, and they must be faced by the Supreme Court so that the ADPF can help reshape the police in Rio de Janeiro. Jacarezinho’s case makes it clear that this is not happening,” she concluded.