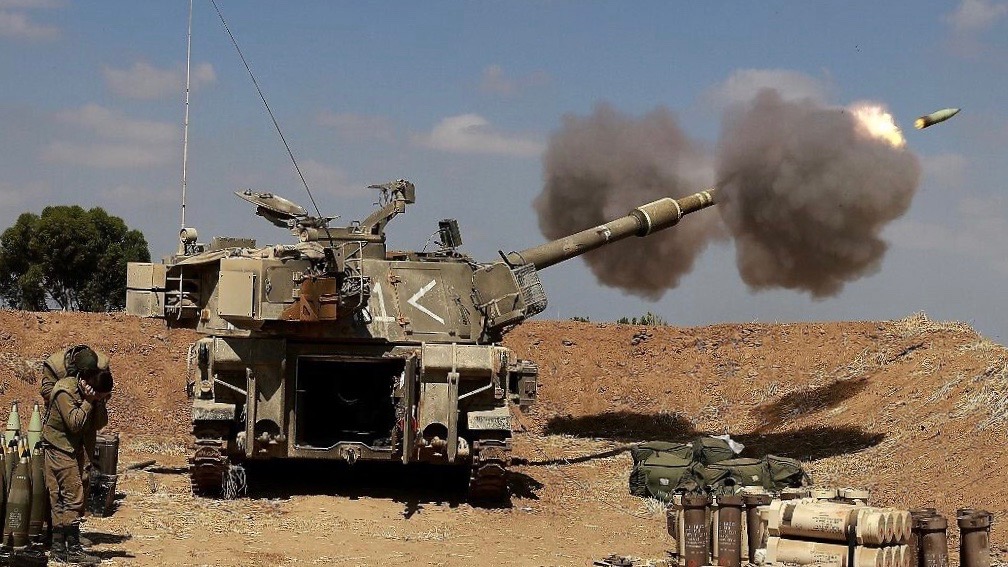 Israeli soldiers fire toward the Gaza Strip from their position near the southern Israeli city of Sderot on May 13, 2021. (Photo: Menahem Kahana/AFP)

Hundreds of Jewish settlers in the Israeli city of Lod (Lydd) took to the streets on Wednesday night, May 12, shouting threatening slogans against Arab residents of Israel. Settlers also attacked a mosque hours before the authorities imposed a night curfew and invoked an emergency, Middle East Eye reported on Thursday.

PM Netanyahu: "I would also like to say something to Israeli Arabs. There were wild disturbances here yesterday, which we cannot tolerate, by young hotheads. Our directive is to do everything to maintain law and order.

Following the provocative statements by the Israeli leadership, thousands of settlers from the occupied West Bank are reported to have marched to Lod on Wednesday, leading to widespread fear of large-scale violence in the city. Lod’s deputy mayor reportedly warned Arab citizens to remain inside their houses.

Report: The deputy mayor of mixed Arab-Jewish city of Lod (Lyd) claims that hundreds of armed settlers from the West Bank are on their way to the city and warns: "I suggest to every Arab resident not to leave their homes."
This has potential to be a bloodbath. https://t.co/jdGBHV911l

Arab citizens of the city had taken out a march on Monday night in solidarity with Palestinians in the occupied territories after Israeli forces repeatedly stormed the Al-Aqsa compound in East Jerusalem and bombed the Gaza strip. The protesters were confronted by armed Jewish groups and Israeli security forces leading to violence in which one Arab demonstrator, identified as Moussa Hassona, was killed by a Jewish settler and several properties were burned. Israeli forces then launched a violent crackdown against the protesters and arrested scores of them. According to Israeli media reports, at least one synagogue was also attacked during the violence on Monday.

Fresh violence was reported on Tuesday during the funeral procession of the Arab citizen killed the previous day. After the violence on Tuesday, prime minister Netanyahu announced the imposition of emergency in the city – the first time since 1966.

Widespread protests continued throughout the occupied Palestinian territories and inside Israel for the third consecutive day after the storming of Al-Aqsa and the bombings inside Gaza. Israeli forces also shot dead a Palestinian man near Nablus in the occupied West Bank on Wednesday, claiming that he had opened fire on soldiers manning a check post and wounded two of them, Palestinian Wafa news agency reported.