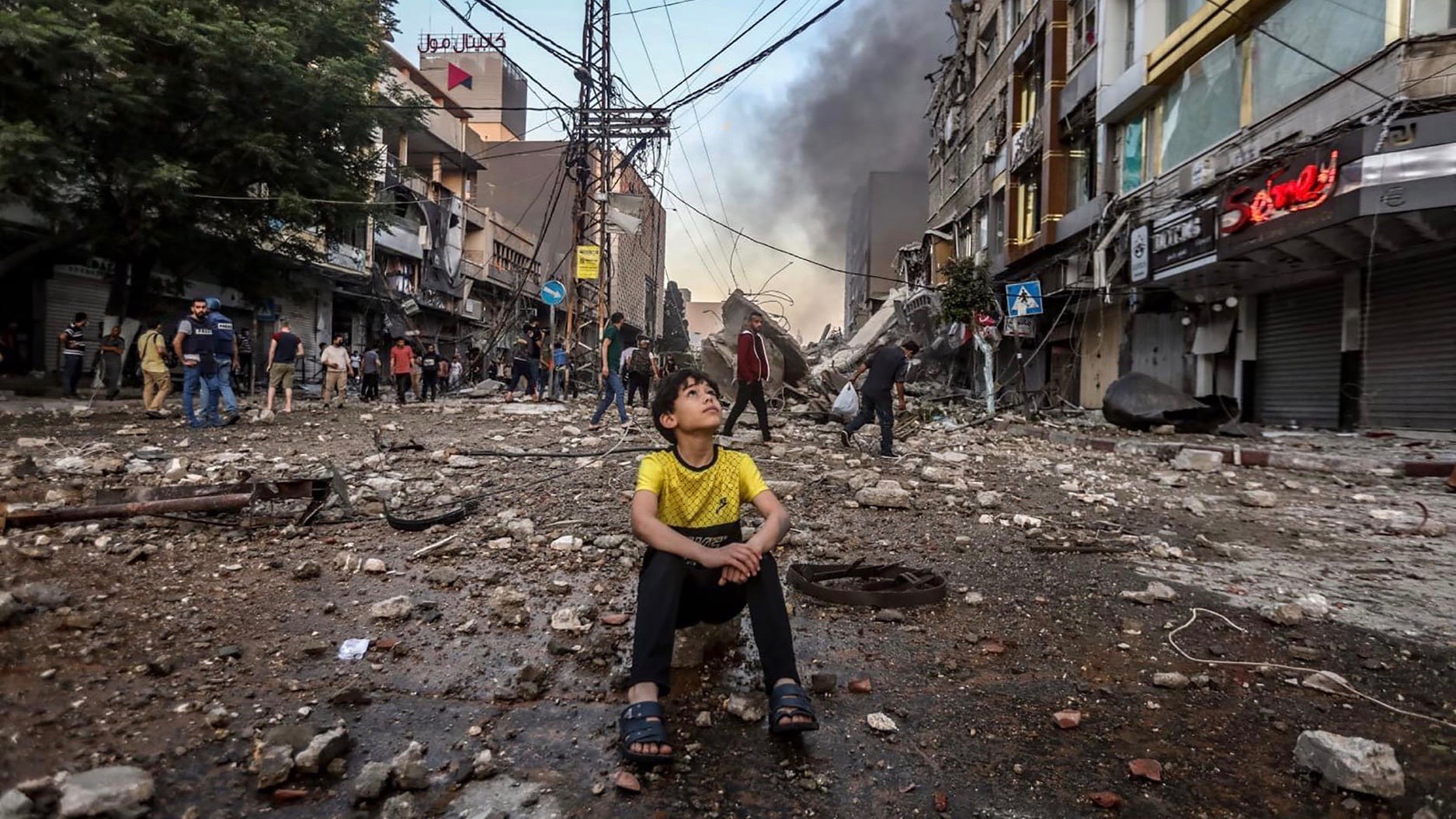 Smoke rises from a 14-story in the Omar Al-Mukhtar neighbourhood in the Gaza Strip. Photo: Mohammed Zaanoun/Activestills.org

No one can ignore the events in Palestine. No one disputes the horror of it all. Images of the Israeli bombing of Gaza and the human toll exacted against the Palestinians who live in Gaza have saturated social media and have increasingly drawn attention to the violence by the Israeli state and Zionist settlers against Palestinians in the Occupied Palestinian Territory (OPT) and inside Israel’s de facto border. All of it is ugly.

To provide a mere statistic regarding the number of people who have been injured or killed would take away from the basic fact that every life lost is important and each of the Palestinian families who grieve must be taken seriously. But this is not just a story about loss. It is also a story of resistance. Despite the horrid occupation, the author of this calamity, Palestinians have not surrendered. They know that for them, liberation is irresistible.

Imagine waking up one day and finding out that your entire family has been wiped out. This horrific nightmare was experienced by Mohammed Abu Haddab and Muhammed Al-Hadidi—brothers-in-law—who lost their wives and children during a bombing when they were gathered together at home on May 15 to celebrate Eid al-Fitr (the holiday at the end of Ramadan). Only Hadidi’s infant son survived the attack. Israeli warplanes struck the three-story building in the Al-Shati refugee camp where the two women and their eight children were sleeping. Standing outside Al-Shifa Hospital, in Gaza City, Muhammad Al-Hadidi said that the children were safe at home, unarmed, without rockets. They were still wearing their clothes to celebrate Eid when their lives were taken from them during the Israeli bombings.

That same day, just north of Al-Shifa Hospital, Israeli warplanes struck several homes on Al-Wehda Street in Al-Rimal. The bombs killed 13 members of the Al-Kulk family, who were between ages 1 and 85. When the bodies arrived in Al-Shifa Hospital, emergency medic Fahad Al-Haddad said that an examination of the bodies revealed that they were alive when their building collapsed on them, and the rubble that fell on them killed them eventually. These bombs that killed several members of the Al-Kulk family also landed on the home of Dr. Mouin Ahmad Al-Aloul, Gaza’s chief neurologist; he was killed along with his wife and five sons. The other lives the bombing claimed were those of Dr. Ayman Abu Al-Ouf, the head of the coronavirus team at Al-Shifa Hospital, and Rajaa Abu Al-Ouf, a psychologist at the Hayat Center for the Protection and Empowerment of Women and Families. This one incident not only killed the three doctors, who lived on that same street, but also ended the lives of 11 other members of their family—from 82-year-old Majdiya to nine-year-old Mir.

On the morning of May 16, 34 people were killed when the Israelis bombed three buildings again in Al-Rimal. Among them were 21 members of one family, which included 90-year-old Amin Muhammed Al-Qoalaq and six-month-old Qusai Sameh Fawaz Al-Qoalaq. In a flash, another family was wiped out entirely because of the senseless bombings.

These stories can be multiplied many times over. The depth of suffering and sadness rarely makes it into the news reports in the West that focus obsessively on the rockets fired from Gaza. The bombardment of Gaza, which has been going on punctually since 2006, is only one part of this assault on the Palestinians. The core issue—the evictions in Sheikh Jarrah, Jerusalem—are rooted in Israel’s policy to remove Palestinians from the region west of the Jordan River and claim the entire land for a Jewish state. It is that policy, over decades, which has made life for Palestinians inside the OPT virtually unlivable, and it has institutionalized the second-class status of Palestinians inside Israel. This would explain the telling title of an April 27 report published by Human Rights Watch, “A Threshold Crossed: Israeli Authorities and the Crimes of Apartheid and Persecution.”

The violence against Gaza is mirrored in the violence by the Israeli state authorities and Zionist settlers in the OPT. It was hideous to watch a video of the killing of 25-year-old Ismail Tobasi in the village of Al-Riheieh, near Hebron. Tobasi was trying to stop Zionist settlers from setting an old olive grove on fire; this method of destruction of the olive groves is used to demoralize and uproot Palestinian families from their livelihood and their lives. The settlers shot Tobasi in the head, then as he lay dying, they stabbed him with knives. Israeli soldiers stood by watching the atrocity and did nothing.

Protests are a regular feature in the West Bank. One of the authors of this article, Arwa, has been to several protests in the past few days, one of which lasted for seven hours. These protests often take place at checkpoints, which are a site of existential humiliation for Palestinians. Every day, Palestinian workers must line up and face the outrageous behavior of the Israeli soldiers who appear to relish trying to intimidate Palestinians of all ages. In the case of one protest at a checkpoint, the Israeli army fired live rounds at young people who had nothing else in their hands other than stones. An Israeli army drone dropped tear gas on the crowd, while the live firing injured 10 people.

On May 10, a Zionist settler killed 31-year-old Moussa Hassouna. Moussa was shot in the streets of Lydd during a protest against the attempted annexation of Jerusalem. The video images of the incident that are available show several settlers involved in the crime. Four of them were arrested, but three days later, the Israeli courts released them. In 2015, Israel’s parliament passed a law that imposes a 20-year sentence on anyone who throws rocks during a protest. Meanwhile, use of live fire by Israeli troops against Palestinian rock throwers has become commonplace. Erosion of basic democratic norms and the discriminatory character of these laws—that permit Israelis to kill and shoot Palestinians who protest—is considered normal in Israel.

Absence of any prosecution of violence by Israeli settlers and by Israeli soldiers merely strengthens the resolve of the Zionist settlers and the soldiers to ignore the human rights violations of the Palestinians. One key area of routine illegality is the Israeli state and settler practice of destroying homes in the OPT. “Any destruction by the Occupying Power of real or personal property belonging individually or collectively to private persons… is prohibited,” says Article 53 of the Geneva Convention (IV), 1949. Yet, Israel has a policy of administrative and punitive demolition for the West Bank and East Jerusalem and a policy of aerial bombardment for Gaza which is totally against international law. In March 2021, the International Criminal Court’s prosecutor Fatou Bensouda opened an investigation into the situation in Palestine—the US pressure on her to back off from these investigations has been immense.

Palestinians have long been told that if the Israelis, backed by the US government, are able to make life unlivable, then in a few more decades the memory of Palestine and the desire for Palestine will die out. But this is not the case. Looking at the young men and women who have been turning out for the protests, it is clear that a fourth generation, after the Nakba (Catastrophe) of 1948, have taken to the streets. They know that their existence is threatened by their failure to resist.

Arwa Abu Hashhash is a Palestinian researcher and a member of the Palestinian People’s Party. For eight years, she worked for the Palestine Economic Policy Research Institute (MAS), which is based in Ramallah, Palestine. She is the assistant editor of the International and is on the editorial board of the Future of Internationalism. 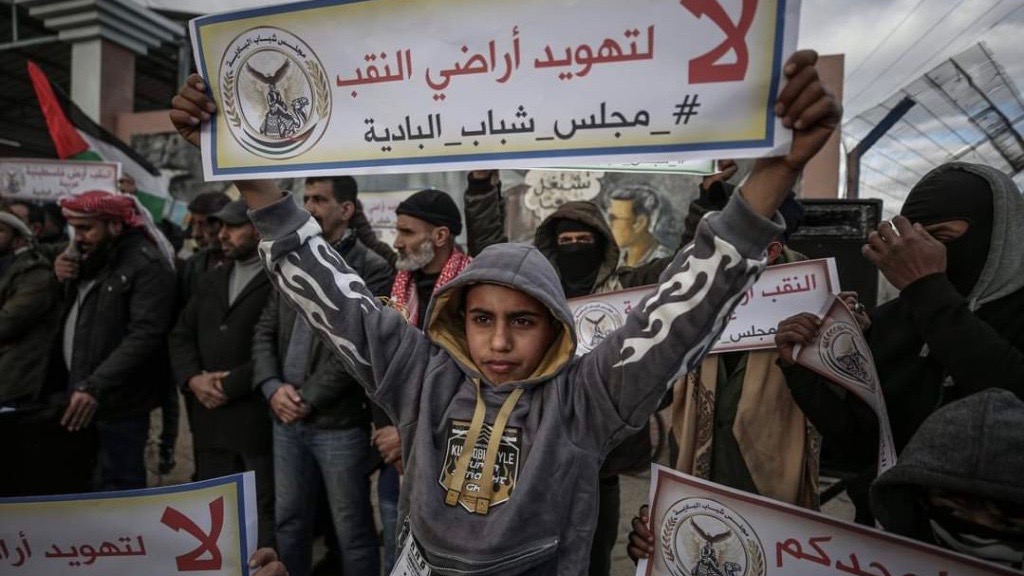 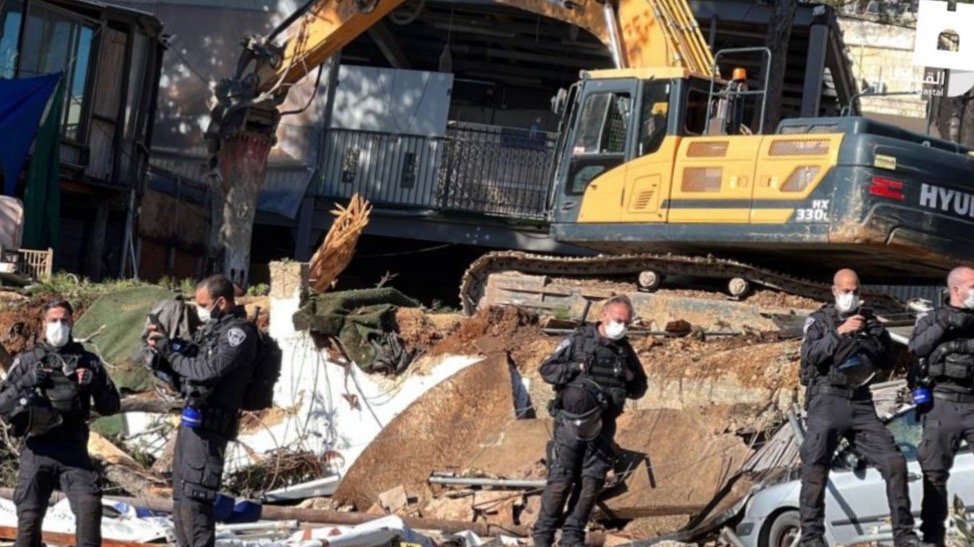