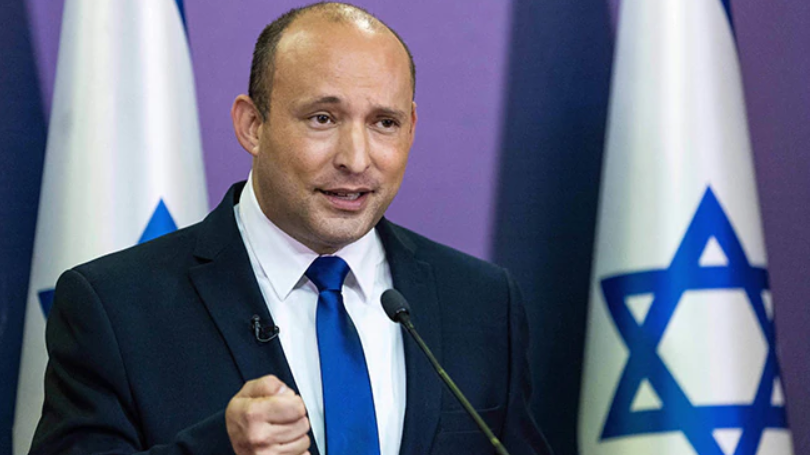 The right-wing and rabidly anti-Palestinian Israeli politician, Naftali Bennett, on May 30, Sunday, announced his decision to join hands with Yair Lapid of the Yesh Atid party, in a bid to form the next government. Lapid, Bennett and their allies have until Wednesday to reach an agreement.

If they are able to form a government, it will mean an end to the controversial, corruption-ridden rule of Benjamin Netanyahu, who has been prime minister for 15 years, including the past 12 years.  News reports stated that Bennett and Lapid have already agreed to a deal according to which they will split the prime ministerial term with Bennett occupying the post for the first two years.

Responding to the news of a potential Bennett-led cabinet, an official from the Palestine Liberation Organization (PLO) said the government would also be “extremely rightist” and no different from that of Netanyahu. Bennett was a minister under Netanyahu from 2013-2020 and handled a number of portfolios, including economy and defense.

The ruling coalition is expected to be comprised of parties from across the political spectrum, with right-wing and centrist parties, as well as for the first time, outside support from Joint Arab list. A governing coalition in Israel needs the support of 61 members of the Knesset (Israeli parliament) in the 120-seat parliament. In the event of the coalition failing to form the government, Israel might see its fifth election in over two years.

Lapid was asked by the Israeli president, Reuven Rivlin, on May 6, to try and form a government, after the 28-day deadline given to Likud party leader Netanyahu expired. Around the same time, Netanyahu began escalating attacks on Palestinians in occupied East Jerusalem, including repressing those protesting the planned evictions in Sheikh Jarrah. Subsequently, Israel began its 11-day bombing of Gaza, which led to more than 250 deaths. During this time, Bennett had also suspended inter-party discussions for forming a government and actively supported the Israeli airstrikes. He also defended the deliberate targeting of civilian buildings, hospital and schools in Gaza by the Israeli military.

Bennett had urged the government not to end the “current round of fighting in Gaza until Hamas pays a heavy price.” He even defended three Israeli men who were ordered to three days in custody by a court for murdering a Palestinian citizen of Israel in the town of Lod, alleging that the man was shot dead in self-defense and claiming, without any evidence, that the victim was attacking the Jewish men and their families. Lapid had also supported the airstrikes.