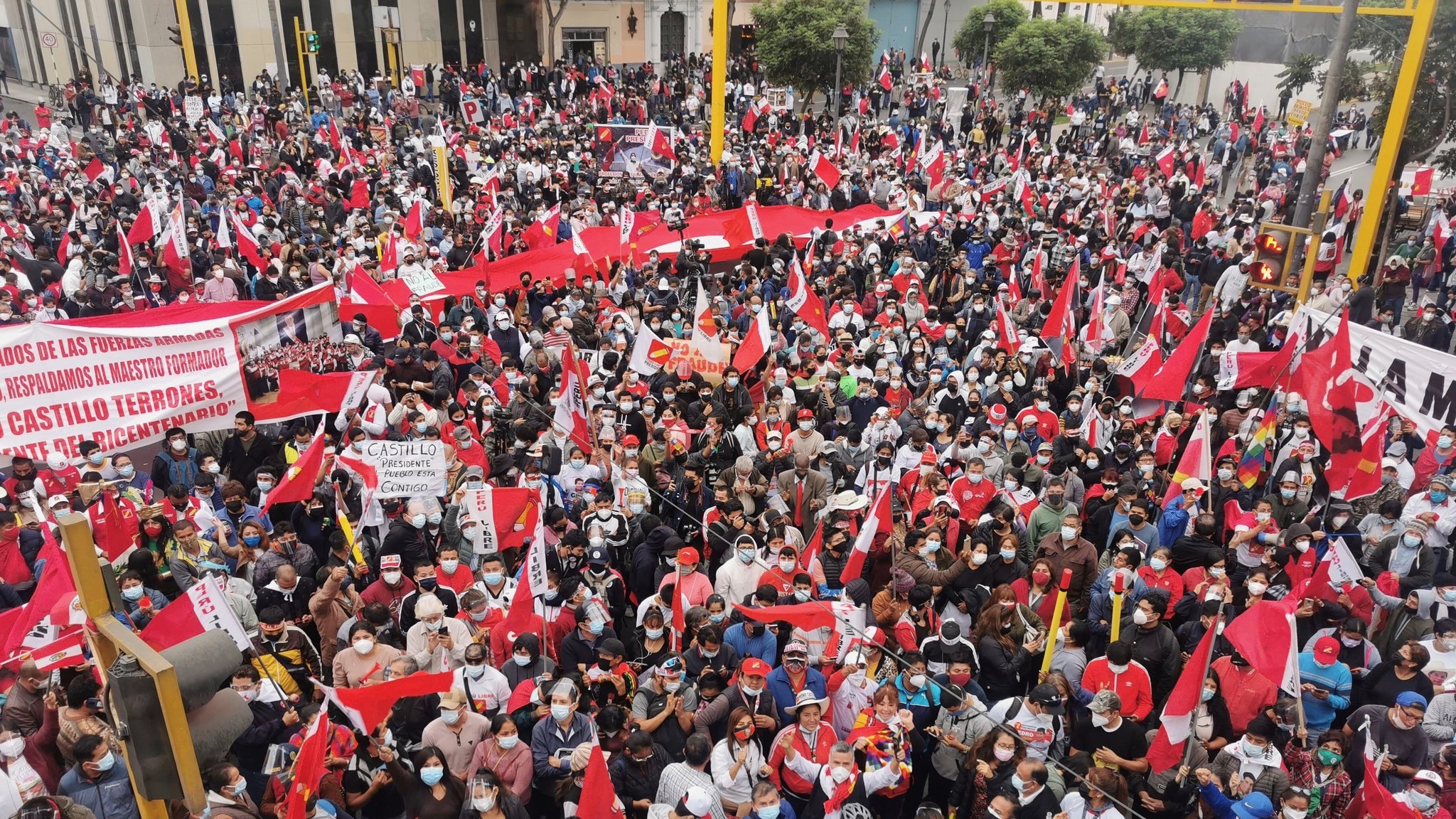 Members and supporters of the Free Peru Party have been mobilized peacefully for over a week to defend the results of the elections while Fujimori attempts to stir fear and chaos.

On June 6, 2021, the Peruvian people voted for their next president. A few days later, the Peruvian Electoral Authority (ONPE) announced that of the 99.935% votes counted, Pedro Castillo (Perú Libre) prevailed by 50.14% to 49.86% over Keiko Fujimori (Fuerza Popular). However, no official winner has been named because Fujimori has tied up the process in malicious lawsuits.

Fujimori, the candidate of the Right, refuses to concede. Her defenders, including former presidential candidate, Mario Vargas Llosa, have openly disparaged Peruvian citizens, especially the rural base of Perú Libre. Their racist comments and their money power over the courts threatens the integrity of the 2021 presidential elections.

We stand with the people of Peru and against the lawfare coup in process before our very eyes.