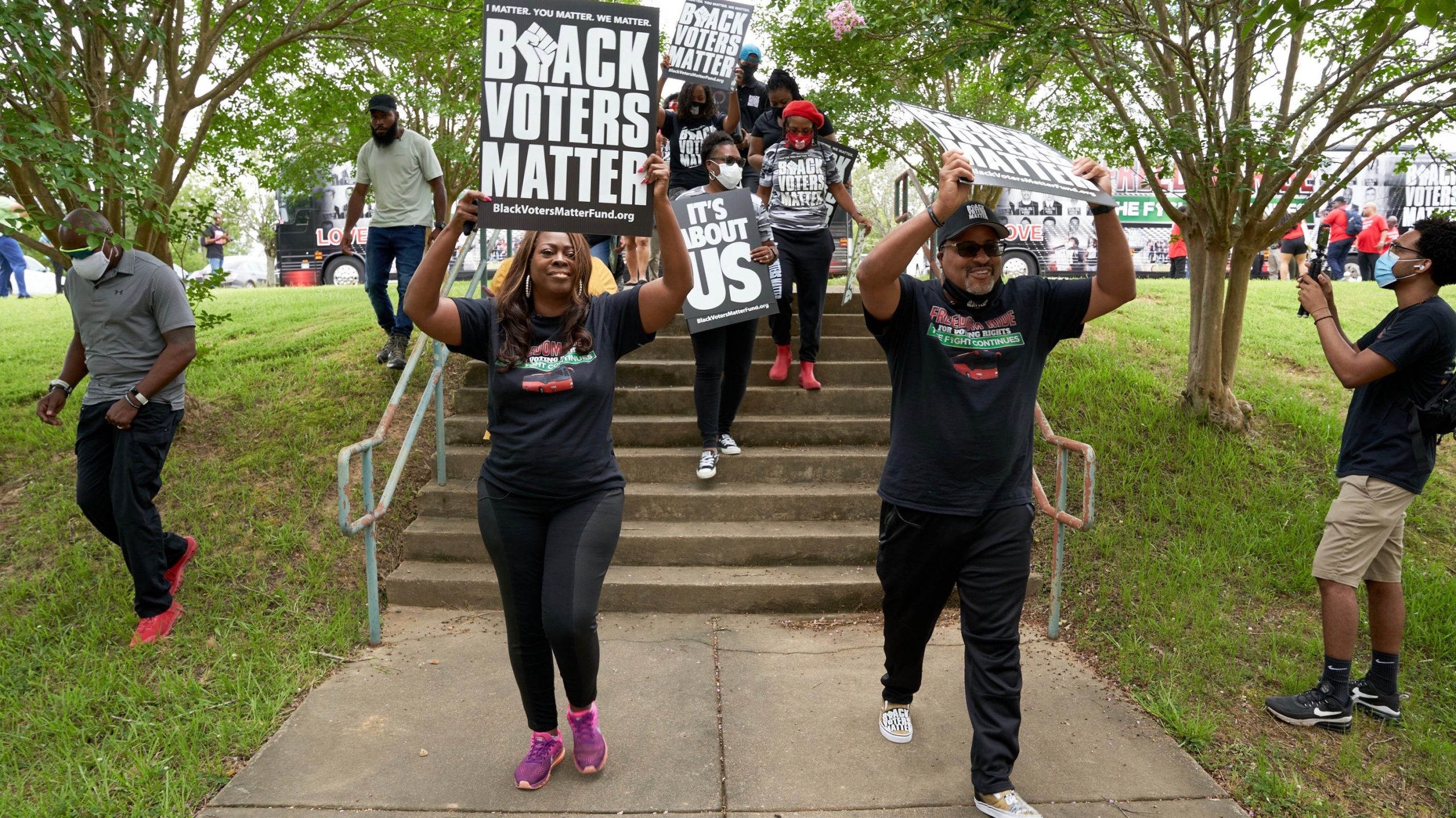 Despite significant concessions from the ruling Democratic Party in the United States, the opposition Republican Party voted to block a major voting rights bill in the US Senate on Tuesday, June 22. The Senate was divided down the middle along party lines on the crucial vote to advance the ‘For The People Act’ or S1, which intends to put an end to efforts by State governments to limit voting access.

The bill needed 60 votes in the 100-member house to be tabled for debate but all 50 Republican senators voted against it, effectively putting the bill in limbo. Ever since the 2020 general elections in the US, former president Donald Trump and the Republican Party have advocated for laws which civil rights activists claim would significantly limit voting access.

If passed, the For The People Act would have instituted standardized federal election rules, reformed the Federal Election Commission, limited States’ ability to redistrict without federal approval (thus limiting scope for gerrymandering), reformed campaign financing provisions, and set up new ethics rules for major federal posts including for the congress, the president and vice-president, and the supreme court.

Several such measures in the original bill that were passed in the US House of Representatives in March were amended to secure support from supposed moderate Republicans in the Senate. However, the bill failed to secure full support even from the Senate Democratic Party members, with many senior senators like Joe Manchin expressing reservations about the bill.

Close to 400 bills have been tabled in different State legislatures since the elections concluded in November 2020 to limit voting access. The Republicans have argued that these measures are necessary to prevent voter fraud and manipulation, based on unsubstantiated claims of such fraud happening in the 2020 elections.

According to the Voting Rights Lab, a ballot access advocacy group, 18 States led by the Republican Party have enacted 30 such laws and more are expected to follow suit in the coming months. These laws together are estimated to affect 36 million voters or nearly 15% of all eligible voters, the group added.

Bernie Sanders, Democratic Party senator and a prominent advocate of the bill, asserted in a tweet that democracy is “not about a handful of billionaires using their wealth to buy our elections, or States suppressing the vote by denying poor people or people of color the right to vote.”

The attempts by the Republican-led States to limit ballot access have been sweeping and seek to counter a whole gamut of recent advances in making voting more accessible to underprivileged and poorer communities. These Republican attempts include limiting early voting and weekend voting periods, limiting or doing away with drop-box ballots, additional verification process for postal ballots, and criminalizing offering water and refreshments to voters standing in line, among others.

Progressive lawmakers and civil rights movements working to expand voter access have responded with outrage against the vote results on Tuesday. Some even called out the supermajority rule of the Senate as a major impediment to several necessary legislative interventions like raising the minimum wage levels, workers’ right to unionize, and now to protect ballot access of US citizens.

A statement released by LaTosha Brown and Cliff Albright, founders of Black Voters Matter, a non-profit organization working to expand ballot access to Black communities and other disadvantaged groups in southern US, said that the vote’s outcome “demonstrates why the filibuster needs to be eliminated or — at a minimum — modified.”

Asserting that nearly 70% of US citizens support the bill and that the vote was merely to put the bill up for debate, Brown and Albright argued that lawmakers “have an obligation to — at the very least — explore what voters say that they want, because their job is to represent the American people.”

Black Voters Matter is continuing its efforts to prevent the passing of laws against ballot access. Currently, the group is taking a cross-States rally called Freedom Ride for Voting Rights to Washington DC. The ride which began on June 18 will reach the national capital on June 26, with stopovers in eight States along the way.

Expressing their determination to continue the struggle, Brown and Albright said, “As we head to West Virginia on our Freedom Ride for Voting Rights, we are joining with our West Virginia partners to affirm that our freedom is not negotiable and that we will not compromise on voting rights. Unlike Republicans, we believe in democracy.”

Passing the torch in Rock Hill, South Carolina! As we go from state to state, we meet up with our partners to pass the torch and continue our work of fighting to protect the right to vote!