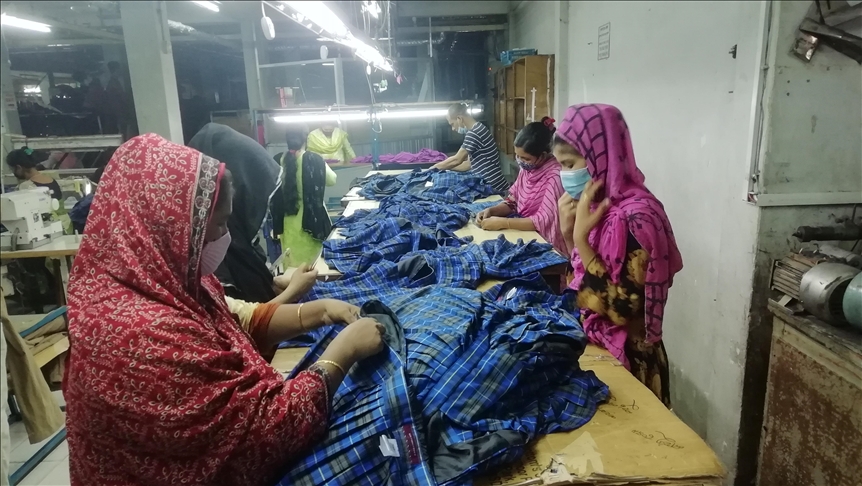 Tens of thousands of garment workers in India, Pakistan, Bangladesh, Indonesia, Cambodia and Sri Lanka have lost a significant amount of their wages in the ongoing pandemic. The Asia Floor Wage Alliance released a detailed report after interviewing over 2,000 workers across 189 supplier factories in the six Asian countries. The report noted that the garment workers in many areas were already under the poverty line with the ongoing crisis pushing them further below the International Poverty Line.

Garment workers from 15 popular global brands such as Nike, Adidas, Walmart, Levi’s, American Eagle, Mark & Spencer and GAP were interviewed for the survey that studied the impact of the COVID-19 pandemic-induced recession. The 193-page report found that the most common experience among the workers is “wage theft” which has resulted in a prolonged “humanitarian crisis.”

“Wage theft was not an unintended result of the pandemic crisis, but is in fact an inbuilt mechanism in global garment supply chains through which global apparel brands amass super profits through extreme labor exploitation of workers in their supplier factories,” the report titled “Money Heist: Covid-19 Wage Theft in Global Garment Supply Chains” stated.

“Wage theft is intrinsic to the business models of global apparel brands, who transfer the risks and costs of manufacturing for volatile consumer markets to their suppliers, and ultimately workers in their supply chains, in the form of wage theft. This was exacerbated during the pandemic-induced recession.”

After interviewing 271 workers from 21 garment factories in Bangladesh’s Ashulia, Badda, Gazipur, Mirpur, Rampura, and Savar, the survey found that factories explicitly used “unfair means” to target unionized workers and terminate those who protested against the factory’s shortcomings.

The report suggested that “monthly wages fell sharply from USD 110 in the pre-pandemic period to USD  37 by the end of the year” among the workers who were terminated and couldn’t find jobs last year.

Many garment factories in Bangladesh used the COVID-19 crisis as a cover to attack freedom of association by unfairly dismissing unionized workers, the report added. Some of the dismissed workers were also unable to find other jobs as they were specifically targeted for being union members and were blacklisted by factory owners. “These workers have been pushed to extreme poverty and hunger, with their children dropping out of schools to take up jobs like street hawking,” the report said.

“Life was very difficult for garment workers like me before the pandemic but it has become unbearable now … I have not been able to pay rent on time since April and the landlord is constantly threatening to evict my family. I have stopped sending my oldest daughter to school this year, as we could not afford the cost of her schoolbooks,” 36-year-old garment worker, Amira, who worked at a Levi’s supplier factory, lamented.

Her daughter is now running daily expenses by selling vegetables. “We have taken around 30,000 BDT (355 USD) as debt since March to meet rent and the health expenses of my husband. I am worried we will be on the streets, if I can’t find another job soon,” Amira said.

In Pakistan, at least 605 workers from 50 garment factories from Faisalabad, Lahore and Karachi districts were interviewed for the report.

“Wage theft was the predominant feature of the COVID-19 crisis for garment workers in Pakistan, with our survey estimates indicating that 244,510 garment workers across 50 factories in Pakistan were denied 85.08 million USD as wages due to order cancellations, non-payment for existing orders, and other irresponsible practices by brands during the pandemic,” the report added, the intensity of the crisis was observed in April-May 2020.

Women workers, who are mostly employed in casual jobs, continued to bear the brunt of it even in early 2021 as most factories did not rehire women workers laid off in 2020, the report observed.

30-year-old Amira who works at a Levi’s supplier factory in Faisalabad complains that women who had worked for more than a decade in the factory were terminated overnight and were given no severance benefits. “For the few who were laid off like me, no financial support was given. I had to sell our refrigerator, mixer and mobile phone to put food on our table. In October, when the factory reopened, only male workers were reemployed,” she stated.

As per the report, Sri Lanka has “some of the lowest minimum wage rates for garment workers in Asia, which leaves workers extremely vulnerable to shocks like COVID-19”.

After conducting a survey of 192 workers from 11 garment factories located in Katunayake FTZ, the Biyagama FTZ and the Koggala FTZ, the report found “the cost of the ongoing crisis” was “passed on to workers by suppliers and brands, with trainees and manpower workers suffering high levels of termination between April-May 2020.”

According to the survey “14,650 garment workers across 11 factories in Sri Lanka were denied USD 9.42 million as wages due to order cancellations, nonpayment, and other irresponsible practices by brands during the pandemic.”

22-year-old Kalani, who worked at a US Polo Supplier factory, lamented how the factory management pressured him in April to resign. “I was asked to stitch 100 pieces an hour, double of what we produced in February. They knew it was humanly impossible to stitch 100 pieces per hour. Then in May, I registered myself in a manpower agency but the work was irregular and I was hardly earning 7000 LKR (36 USD) a month. I don’t eat in the night, just to save some money to send home. Being a migrant, I could not access Covid-19 relief schemes.

“I know of garment workers who are engaging in sexual bribery, just to keep their jobs after the COVID-19 lockdown. I myself contemplated being a sex worker once, especially when I did not have money to buy dinner for two consecutive days. But I got scared. Maybe if I don’t find any regular work, I might have no other way than to do it – just to survive.” she said.

The arbitrary lockdown imposed by the Government of India in March 2020 that completely halted production activities overnight emerged as one of the key drivers of distress faced by millions of garment workers across the country.

The lockdown-induced distress became a humanitarian crisis because of large-scale order cancellations and retroactive price reductions by brands which plunged nearly 93% of garment workers below the international poverty line in April-May 2020.

After interviewing 433 workers from 51 top garment factories from the States  of Gujarat, Haryana, Karnataka and Tamil Nadu, the report found that Indian suppliers suffered multiple issues like order cancellations by brands, weak demand in the domestic market, reduction in operating surpluses and inadequate support from the government.

“Wage theft was the predominant feature of the Covid-19 crisis for garment workers in India, our survey estimates indicated that 79,600 garment workers across 55 factories in India were denied USD 29.67 million  as wages due to order cancellations, non-payment for existing orders, and other irresponsible practices by brands during the pandemic,” the report states.

“Wage theft peaked in April and May 2020 but workers consistently experienced wage theft throughout the year into 2021,” the report concluded “suppliers in India passed the cost of these issues” on to garment workers “by engaging in widespread layoffs and terminations with most workers not receiving layoff compensation and termination benefits.”

In its conclusion, the report emphasized that the “wage theft of workers with poverty-level wages” constitutes a “human rights violation” as workers and their households are forced to reduce consumption below minimum survival levels and incur increased debt, thereby getting trapped in a vicious cycle of poverty and indebtedness. Furthermore the report emphasized that “the brands caused and contributed to human rights violations of workers” in their supply chains through their actions before and during the pandemic-induced recession. 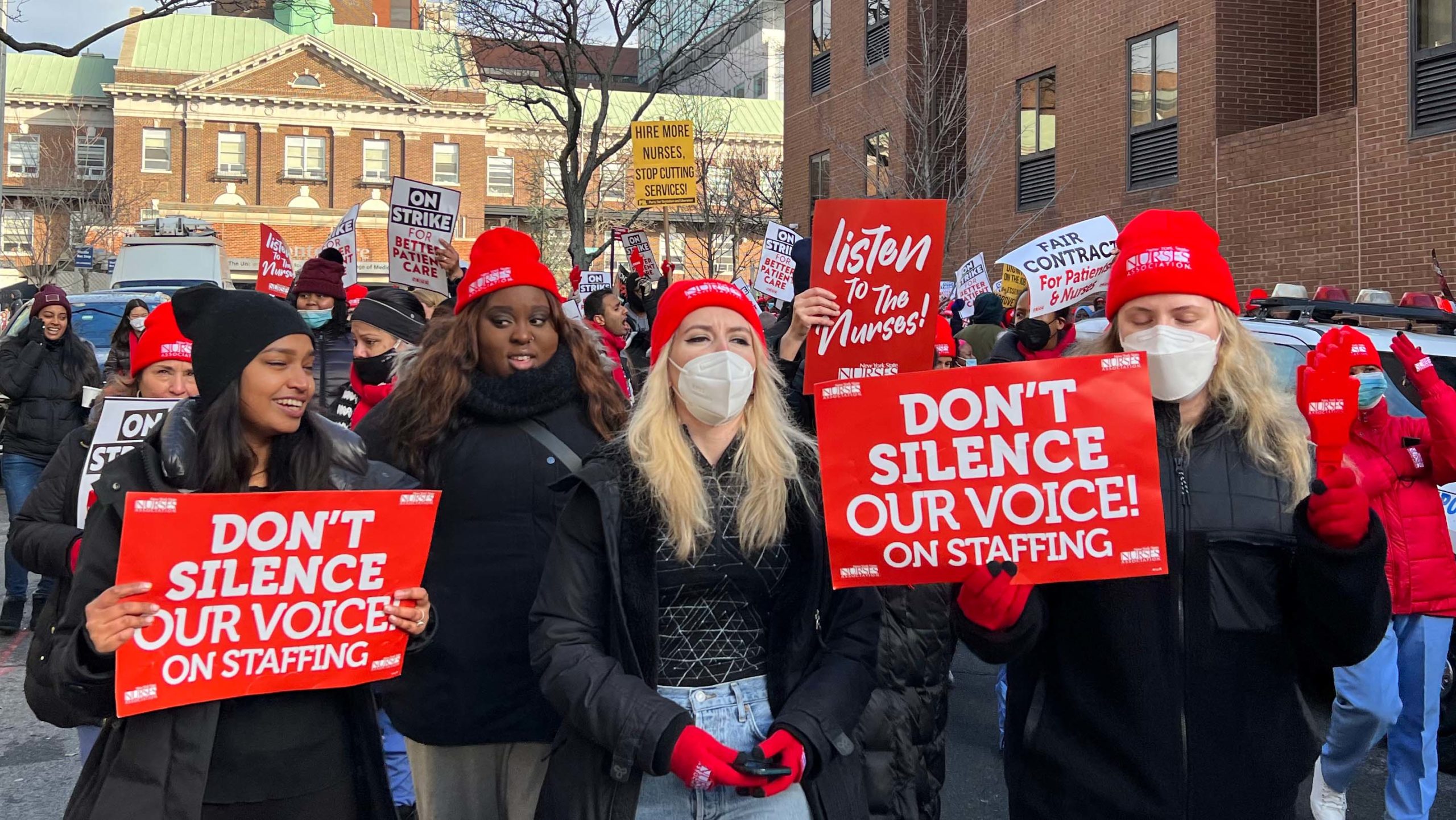