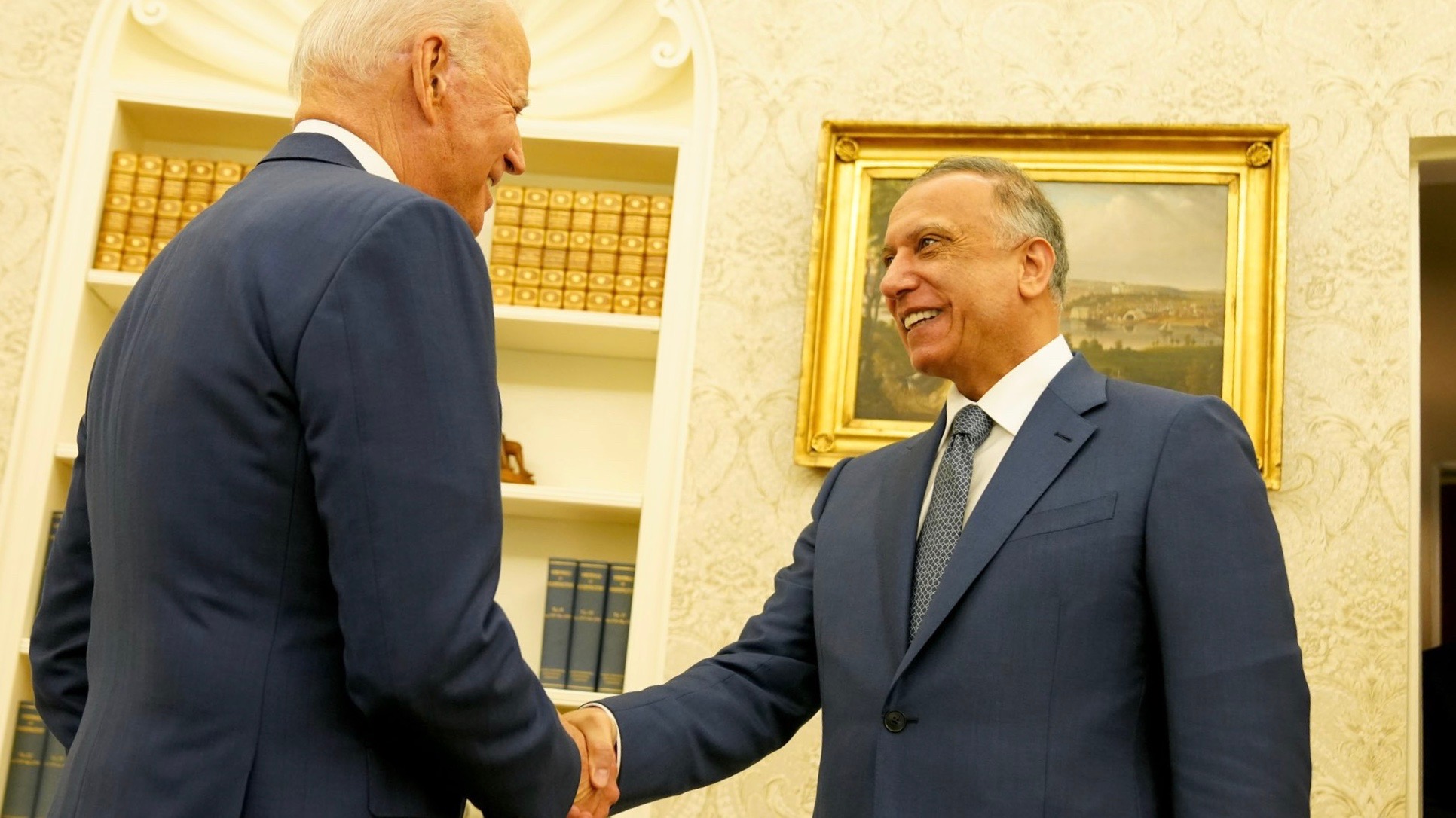 US president Joe Biden and Iraqi prime minister Mustafa al-Kadhimi signed a deal on Monday, July 26, according to which, all US combat forces in Iraq will be withdrawn by the end of this year.

The decision was announced after the first face-to-face meeting between Kadhimi and Biden at the White House, as part of the fourth round of strategic dialogue between the countries initiated in April this year.

In the press conference following the meeting, Biden said that US troops will not be in a combat position in Iraq. However, they will “be available, to continue to train, to assist, to help and to deal with ISIS (IS) as it arises.”

While the decision marks the end of 18 years of US troop presence in Iraq, the opposition and anti-imperialist activists in the country have said that the agreement is a betrayal of the popular demand of a complete troop withdrawal. There are also claims that the move is an attempt to boost the popularity of prime minister Kadhimi in the upcoming elections.

With this move they attempt to give Al-Kadhimi a victory to prop him up for the elections. It furthermore provides the Americans with a pretext to claim that they have honored the request of the Iraqi Parliament and people.

Responding to the announcement, Muqtada al-Sadr, a prominent Shia leader in Iraq, said in a statement on Monday, “we are waiting for the complete withdrawal of American troops,” adding that this is just the beginning of the process. Speaker of the Iraqi parliament, Mohammed al-Halboosi, also reiterated a similar position, Iranian Press TV reported.

The spokesperson of the Al-Nujaba resistance movement, a part of the militia umbrella group Popular Mobilization Forces (PMF) that has led the attacks against US forces in the country, was quoted by Lebanese al-Mayadeen news network on Monday saying, “we fiercely oppose the US military presence, and demand a complete pullout of all American forces.”

US troops first entered Iraq during the 2003 invasion. Most of them were withdrawn in 2011, but were later deployed again following the increasing threat of the Islamic State in 2014. Since the defeat of the IS in Iraq and neighboring countries, opposition to the presence of foreign troops has increased, leading to attacks on their bases in the country.

Popular opposition and attacks against the presence of these troops increased after the assassination of Iranian general Qassem Soleimani and Iraqi commander Abu Mahdi al-Muhandis in a US drone attack last year. The Iraqi parliament passed a resolution following the assassinations asking the government to ensure the withdrawal of all foreign troops from the country.

The Trump administration gradually re-deployed most of the forces to “safer locations” and withdrew half of its troops, reducing their numbers in the country to 2,500.