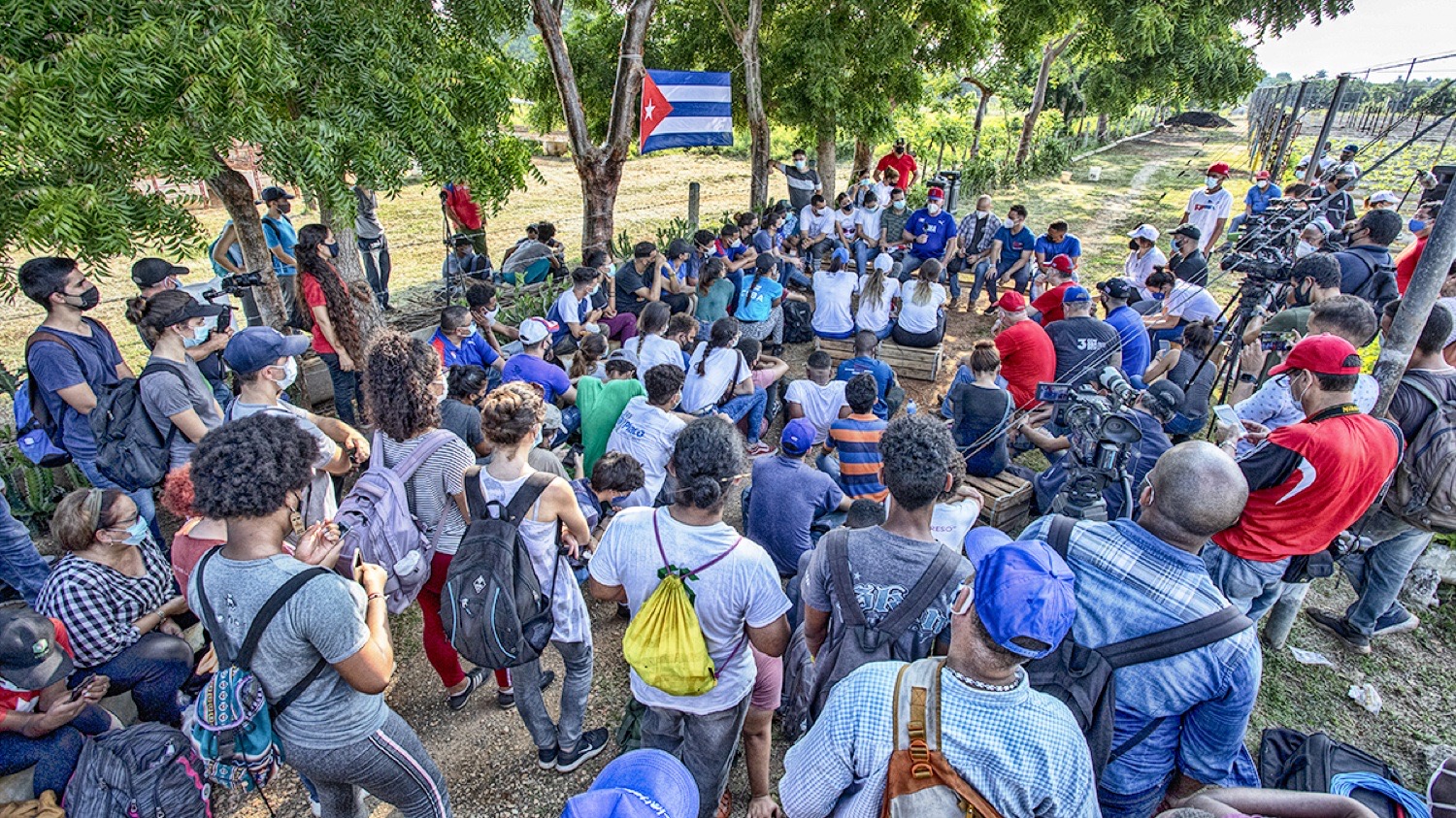 On July 26, in commemoration of the National Rebellion Day, Cuban President Miguel Díaz-Canel participated in volunteer work to support the harvest of vegetables and spoke with young Cubans about the challenges and projections of the country. Photo: Miguel Díaz-Canel/Twitter

This July 26 marked the 68th anniversary of Cuba’s National Rebellion Day. On this day in 1953, Commander Fidel Castro with over a hundred young revolutionaries attacked the Moncada army barracks in Santiago de Cuba, while another group of revolutionaries attacked the Carlos Manuel de Céspedes military garrison in Bayamo. The attacks were launched with the aim of securing the barracks, seizing the arms there, and taking forward their movement to overthrow the US-backed dictator Fulgencio Batista. Although the attacks were unsuccessful, the rebellion marked the beginning of the Cuban revolution and laid the foundation for the anti-imperialist movement that eventually defeated Batista’s military dictatorship on January 1, 1959.

This year, in the early morning of July 26, around the same time as the attacks were launched, a limited number of citizens, due to the COVID-19 restrictions, paid tribute to the heroes and martyrs of the attacks at the Santa Ifigenia Patrimonial Cemetery. They placed wreaths in front of the monolith where the remains of national leaders Fidel Castro and José Martí are interred and vowed to continue and protect the revolutionary legacy of the leaders.

Later in the morning, as a part of the commemoration, Cuban President Miguel Díaz-Canel, along with 100 students and workers from the locality, participated in volunteer work to support the harvest of vegetables at the UEB Granja Boyeros of the grassroots business unit Empresa Agropecuaria Metropolitana, in Havana.

After finishing the work, Díaz-Canel spoke with young Cubans about the challenges and projections of the country, accompanied by Gerardo Hernández, National Coordinator of the Committees for the Defense of the Revolution (CDR). He talked about the intensification of the US blockade against the country amid the pandemic, the recent demonstrations in the country -instigated and manipulated from abroad-, the shortage of food and medicine supplies and the smear campaigns of corporate media.

The president stressed on the need to multiply the existing spaces for dialogue, as well as the importance of young people to propose how to build a better country. He emphasized on the need to defend the Constitution, strengthen democracy with more public participation, endorse a socialist state of law, improve the concepts of public and business administration and continue on the path of socio-economic development of all Cubans, with science and innovation as pillars in the management of the government.

On his twitter account, Díaz-Canel paid homage to the revolutionary leader Fidel Castro, congratulated all citizens on the anniversary of the historic event, and saluted the fighting spirit of Cubans. He also expressed his gratitude to the international community for their solidarity in the face of recent imperialist attacks and reiterated his call for peace, work and unity.

“Congratulations to all Cubans! Thank you, dear friends of the world! It’s July 26 already! I reiterate my call to peace, work, unity and moving forward together!” he tweeted. “Today we pay tribute to the generation that attacked the Moncada with more ideas than weapons. We woke up doing voluntary work in food production in the capital,” he wrote in another tweet.

Meanwhile, Cuban foreign minister Bruno Rodríguez, highlighting the significance of the date, said “July 26 taught us not to be daunted by setbacks and to grow with ingenuity and determination.” “Today, we face the genocidal blockade that uses the pandemic as an ally in its unconventional war against Cuba. Sovereign Cuba is my Moncada today together with the entire population,” added Rodriguez, stressing that Cubans remain strong in the face of the US embargo amid the COVID-19 pandemic and dismissing the disinformation media campaign promoted by the US and corporate media.

While Cubans paid their tribute to the heroes of the rebellion, as a part of the global “Let Cuba Live” campaign, people across the world mobilized in solidarity with the Cuban citizens, government and revolution. In addition to the solidarity actions organized in different cities of the US on July 25 and 26, numerous marches, events, conferences, and other actions were organized in countries such as Angola, Argentina, Azerbaijan, Barbados, Belarus, Bolivia, Canada, Chile, China, Colombia, Ecuador, France, Guatemala, Ireland, Italy, Mexico, Russia, Spain, the UK, Venezuela, Vietnam, among several others, to demand an immediate end to the US blockade of Cuba.

Attack on Cuban Embassy in France

Amid the widespread international solidarity with Cuba, extremist and pro-imperialist forces attacked the Cuban Embassy in France with Molotov cocktails on the night of July 26. Three Molotov cocktails were thrown towards the headquarters, two reached the outer perimeter of the Embassy and one did not enter. As a result, there was a fire that was put out by officials of the diplomatic mission. Police and firefighters also reached the scene.

Foreign minister Rodríguez sharply condemned the attack as a terrorist action and held the US responsible for the incident. “We denounce a terrorist attack with Molotov cocktails against our Embassy in Paris. I hold the US government responsible for its continuous campaigns against our country that encourage these behaviors and for calls for violence, with impunity, from its territory,” he tweeted.

Hours earlier, Rodríguez rejected the false news circulating on social networks alleging that there were protests happening in the country. “Cuba is in total calm, celebrating the anniversary of July 26 as a holiday. It is false that there are disturbances as they are now lying in the networks. I denounce the complicity of transnational corporations and digital platforms that violate their community rules and spread messages of hatred and lies,” he wrote in a tweet.

Numerous personalities and institutions condemned the use of terrorism to implant fear, hatred and terror, and to threaten the socio-political project of the Caribbean nation. 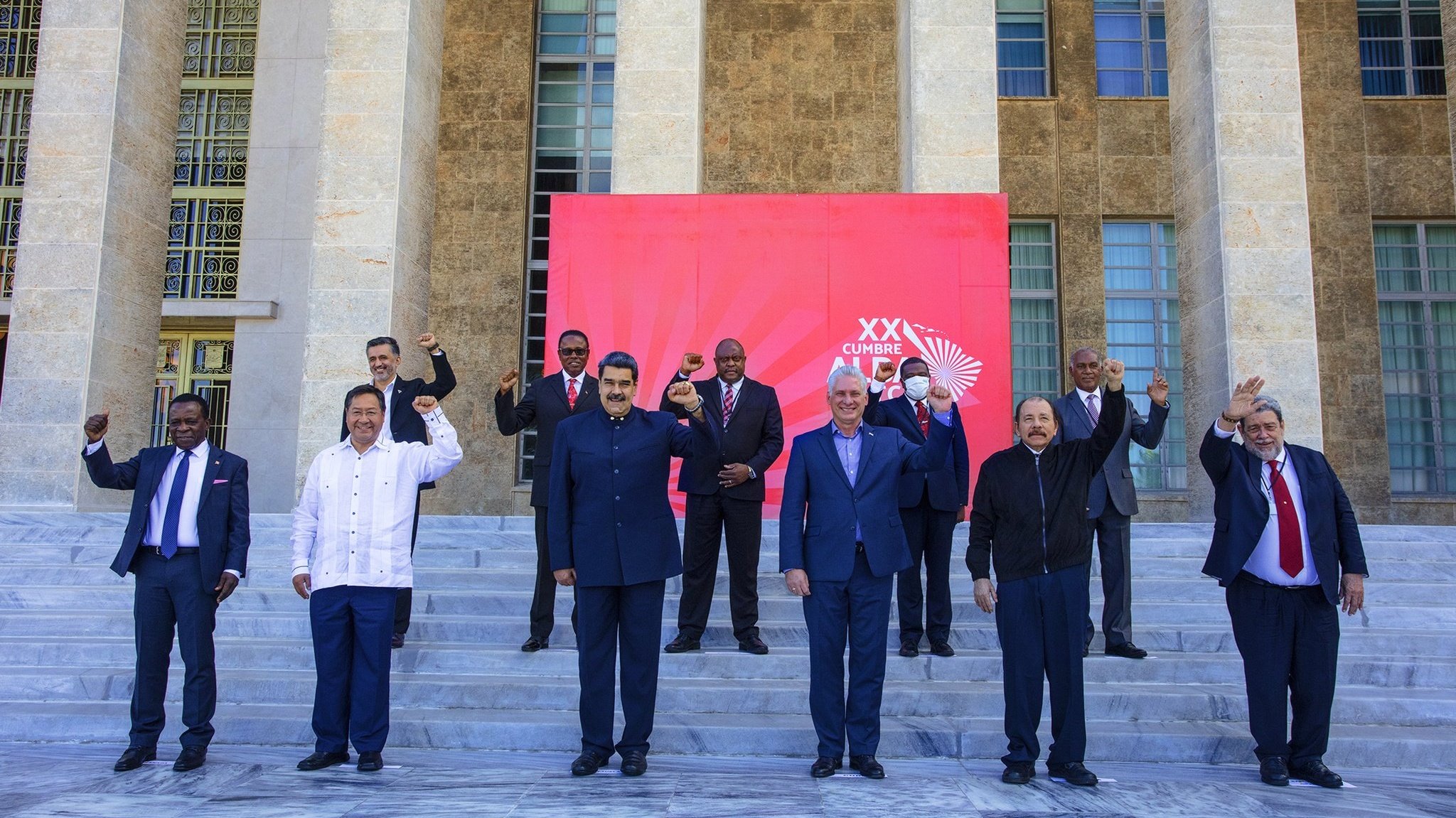