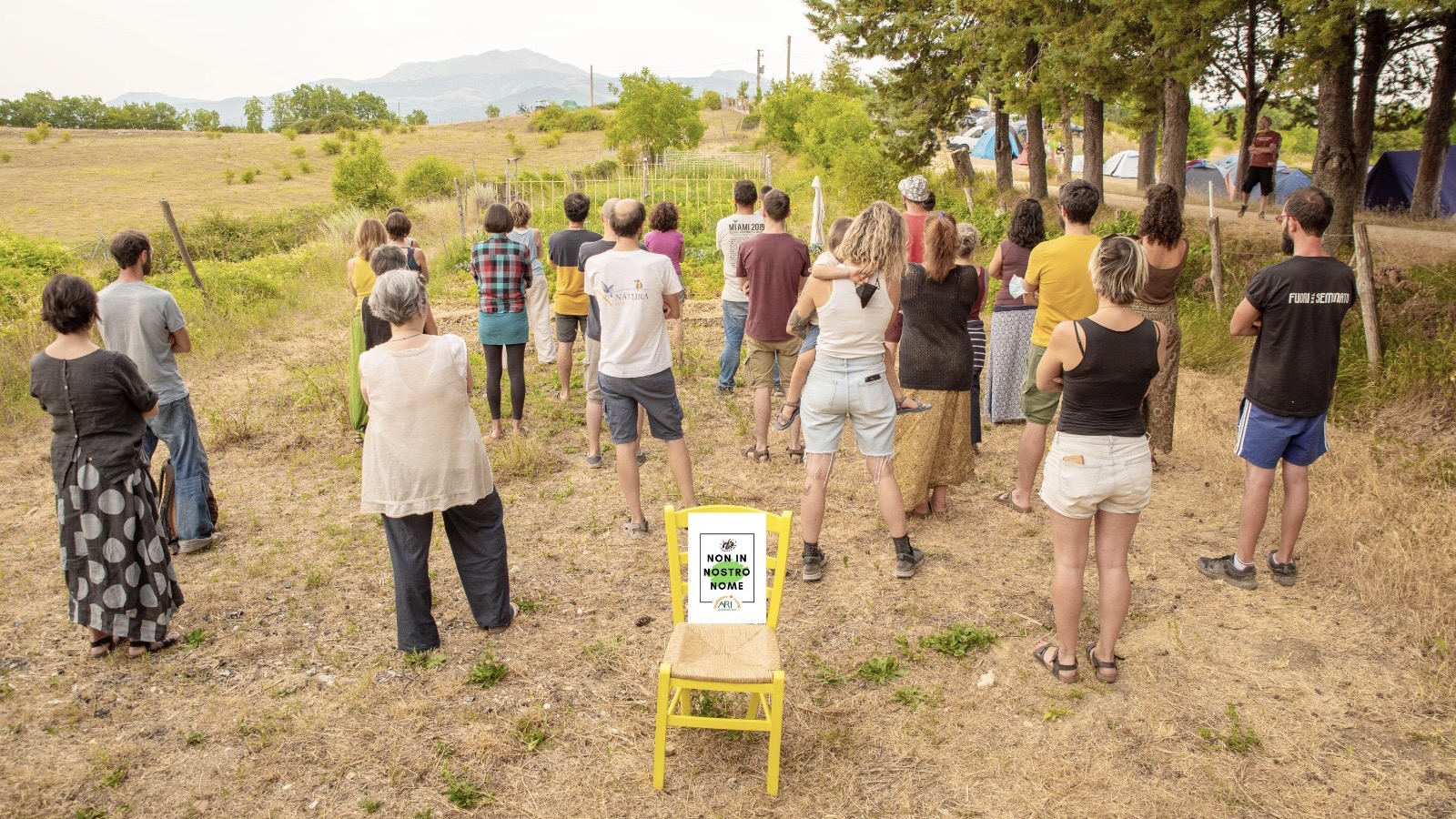 La Via Campesina and other organizations are boycotting the United Nations Food Systems Summit over corporate capture of the space. Photo: La Via Campesina

On World Food Day on 16 October 2019, United Nations Secretary-General António Guterres called for a Food Systems Summit (UNFSS) to be held in 2021. The purpose, as claimed on the website of the Summit, was to find solutions to transform food systems to deliver progress on Sustainable Development Goals ending in 2030. However, the Summit, scheduled to be held in September 2021, has come under severe attack for being exclusionary in nature and selling itself to corporate interests.

During the pre-summit, held from 26-28 July, activists across the world came together in the “Peoples’ Counter mobilization to Transform Corporate Food Systems” to express their dissatisfaction with the turn the event was taking. The Counter mobilization was held from 25-27 July and consisted of events ranging from discussions on privatization of food systems, corporate capture of governance and science, to a global virtual rally against the UNFSS.

The people against corporate-led food systems

At the heart of the issue is the promotion of corporate-led food systems by the United Nations, undermining struggles for food sovereignty and security. A handful of transnational companies dominate the current global food and commodity trade. From the sowing of seeds and growing of crops to the processing, distribution, and consumption of food, transnational agribusinesses control and decide everything. However, despite controlling nearly 75 percent of the world’s food production-related natural resources, they can barely feed a third of the global population. They are also responsible for most of the $400bn worth of food lost annually and for the emission of large amounts of greenhouse gases.

The agenda of the Summit and people associated with its management are known to encourage privatization at the cost of public systems. For example, the appointment of Agnes Kalibata as the UN Special Envoy for the Summit was put into question. As president of the Alliance for a Green Revolution in Africa (AGRA), she was involved in advocating for a shift of African agricultural systems towards industrial and agro-toxic-reliant agriculture models. The presence of the likes of Ramon Lauarta, Chairperson and CEO of Pepsico, and independent sessions by private companies such as Nestle did not go unnoticed. Since the planning stages of the summit, these companies have evidently been in consultation with the organizers.

In their opposition, some organizations such as La Via Campesina are boycotting the Summit while others plan to attend in order to raise concerns on health and human rights. Speaking about the People’s Counter mobilization, Patti Naylor, a farmer from the United States said, “The counter-mobilization focused on the pre-Summit will help us continue to organize and speak out about the UNFSS. The Counter-mobilization is the beginning of our public actions.”

People and organizations across movements came together — Those who focus on climate change, social justice, farmworkers, unions, immigrant rights, women, youth, and elders, to name a few. “Through virtual meetings and written documents, the connections of food and agriculture systems to each of these causes were made clear. This mobilization has been a powerful tool for building solidarity,” added Naylor.

International discussions on food systems, including the ones led by the UN, have not always been so exclusionary. The 1996 FAO World Food Summit was attended by actors across the spectrum, and food sovereignty was recognized as the term that defined struggles against corporate agriculture systems. It supported the right of people to autonomously produce healthy and nutritious food, which is also climatically and culturally appropriate, using local resources. Importantly, food sovereignty was also recognized as a means for achieving food security.

Some governments, such as those of Ecuador, Venezuela, Mali, Bolivia, Nepal, and Senegal have included these ideals in their public policy, and food sovereignty became part of policy backed by UN institutions. At least in theory, the idea is still part of UN documents, such as the 2018 UN Declaration on the Rights of Peasants and Other People working in Rural Areas (UNDROP).

Efforts were made to point out early on about the exclusionary nature of the Summit. In March 2020, 550 organizations, comprising some of the world’s biggest peasant and indigenous movements, wrote to the UN Secretary-General warning him that the summit is not building on the legacy of past world food summits convened by the Food and Agriculture Organization (FAO). The FAO was given the mandate to organize these events by its member states and it allowed the active participation of civil society through parallel self-organized forums.

Multistakeholderism as a means for industrial takeover of the UN

The exclusion of activists and domination by corporations comes on the heels of a pushback by civil society regarding multistakeholderism in UN bodies. Multistakeholderism is a term that is being increasingly used to indicate that all stakeholders are present at the table in decision making. However, in reality, this is an attempt to replace multilateralism, which prioritizes governments’ participation. In this sense, multistakeholderism has become synonymous for many, with the increasing private capture of UN institutions. Civil society actors in other UN forums, such as the World Health Organization, are fighting the same battle.

The Counter Mobilization is demanding that the UN shifts away from corporate capture and re-grounds itself in individual and collective human rights, and the experiences and knowledge of the peoples most affected. It is also demanding transformation of corporate food systems and defending democratic public institutions and inclusive multilateralism.

Strong voices of support for alternatives to the corporate system have been heard within the official pre-summit sessions as well. Jeffery Sachs, Advisor to UN Secretary-General António Guterres on sustainable development goals was extremely critical of the privatization of food systems during one of the main panel discussions hosted by the UNFSS. He described privatization as an oppressive mechanism, similar to colonization. He said, “We have a world food system that is based on large multinational companies; private profits; and low measures on international transfers to help poor people, sometimes none at all. It is based on extreme irresponsibility of powerful countries with regard to the environment. And it is based on radical denial of the rights of poor people.”

Sachs also said that the privatization of food systems is often backed by the interests of rich countries, citing in particular the United States government, who is known to have given military support to the US-based United Fruits company that has exploited South American countries such as Honduras. He added that “We have a system, but we need a different system which is based on principles of human dignity, sovereignty and economic rights.”