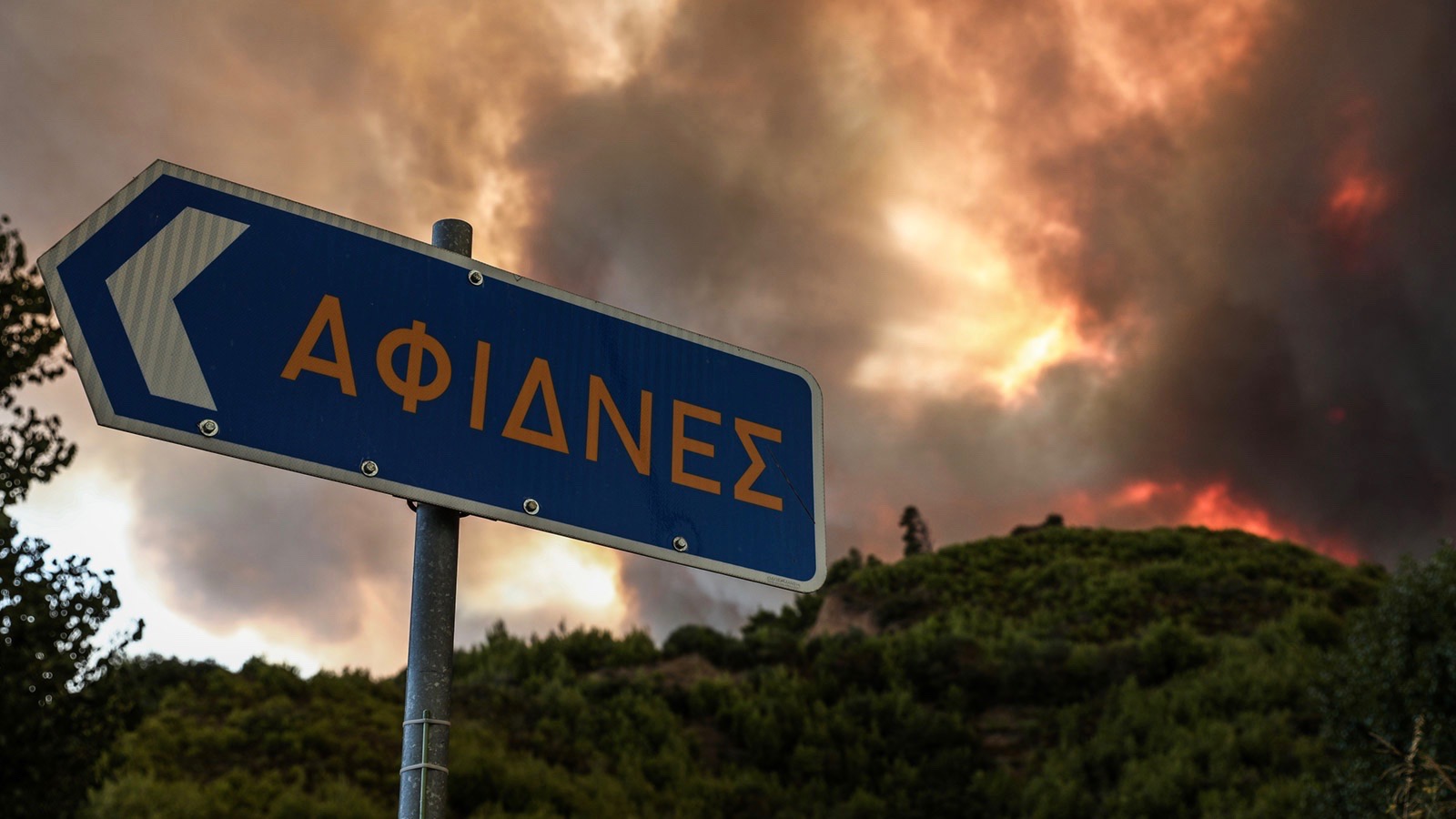 Wildfire blazes near the Greek town of Afidnes. (Photo via 902.gr)

Wildfires charged by protracted heat waves and strengthening winds have spread extensively throughout the Mediterranean regions of Turkey and adjacent parts of Greece this week, causing serious damage to forests, wildlife, people and property. The blaze, which started in the Manavgat and Antalya regions of Turkey last week, has now spread to other areas in the country, including Muğla, Adana, Osmaniye, Mersin and Kayseri. In Greece, fires are on in the outskirts of Athens, the southern Peloponnese region, Evia, and several Aegean islands. Major drives to extinguish the fires and evacuate people are underway in both countries. Parts of Sicily in Italy, North Macedonia and Albania have also experienced wildfires this season.

According to reports, extreme weather conditions characterized by a historic rise in temperature and dryness in the region has resulted in the extensive spreading of wildfires in the Mediterranean region of Turkey and adjacent areas in Greece. While wildfires are not new to the region, the extent and pace of the current spread is being regarded as the worst in the recent history of the region. Preliminary studies suggest that drastic changes in the climatic pattern have led to this catastrophe in this part of Europe while heavy rains and flash floods were experienced in other parts of Europe earlier in July.

Concerned sections in both Greece and Turkey claim that along with climate change, the lack of planning, underfunding of preventive mechanisms, flawed disaster management plans, and short sighted policies of governments in the region are also responsible for the extent of damage caused by the wildfires.

The Communist Party of Greece (KKE) stated that “extreme weather phenomena” and “climate change” are used as a convenient excuse and “protection” to hide the “long-standing shortcomings, under-staffing and underfunding of services, inadequate resources and infrastructure, and the lack of preventive measures.”

“Plans and measures for fire, flood and earthquake protection are not a luxury. They concern human life, the protection of the natural environment and the needs of the people, but they are not implemented because they are of no profit to the capitalists and the bourgeois state. It is the same policy that undermines the rights of workers and of the people as a whole. It is therefore necessary to demand a radically different development path that does not serve profit, but the needs of modern people,” said the KKE.

The KKE and the Communist Party of Turkey (TKP) have called on their cadres and members of their mass organizations to volunteer relief and rescue activities in the regions affected by the raging wildfire.