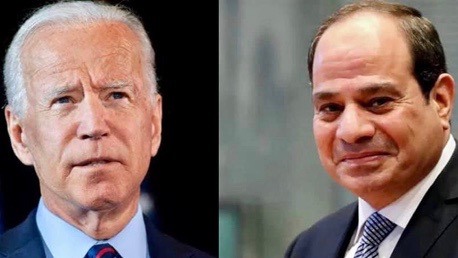 On the day when Egyptian activist Alaa Abdel Fattah informed his lawyer that he is unable to cope up with the prison conditions and may commit suicide, the US decided to resume its annual USD 300 million aid to the Egyptian military, albeit with some conditions.

Fattah’s lawyer Khalid Ali was quoted saying that the activist is unable to cope with the prison conditions and will commit suicide if he is not released, Middle East Eye reported on Tuesday, September 14. Later, in a letter to his mother Laila Souief, Fattah said that he will try to take care of himself.

Take a moment to read this letter from Egyptian blogger Alaa Abdel Fattah to his mother.

In it, he tries to reassure her after expressing suicidal thoughts yesterday, but it is so utterly devastating to read his words & to unpack what detention does to those unjustly detained. https://t.co/ZiBcV1ADu5

Fattah’s declaration raises fresh concerns about the human rights violations taking place against thousands of political and rights activists inside Egyptian prisons since the coup that brought president Abdel Fattah al-Sisi to power in 2013.

Fattah is a prominent human rights activist, who played an important role in the 2011 Egyptian uprising through his social media blogs against the rule of Hosni Mubarak, which ultimately led to his resignation. However, under Sisi’s rule, the left-wing blogger has been in jail for most of the last decade.

He was arrested in 2013 for protesting without permission and was sentenced for five years in 2015. He was released before he finished his sentence in March 2019. Currently, he has been in pre-trial detention since September 2019. He was charged with the membership of a terrorist organization, spreading false news, and misuse of social media platforms.

Meanwhile, the trial of another human rights activist, Patrick George Zaki, started on Tuesday, 19 months after he was detained in February last year. Zaki appeared in front of a special emergency state security court in Mansoura.

Zaki, a researcher with human rights group Egyptian Initiative for Personal Rights, was pursuing higher studies in Italy . He was arrested while he was visiting his family in Egypt last year. He has since been charged with spreading false news. If found guilty, he may be jailed for up to five years.

US military aid to Egypt

A number of human rights groups in Egypt and internationally have raised the issue of political persecution of opposition and human rights activists in Egypt since the 2013 coup which replaced the democratically elected government of Mohammad Morsi and declared his party, the Muslim Brotherhood, a terrorist organization. The Sisi regime also banned all strikes and public demonstrations and arrested thousands of activists, journalists and opposition politicians.

Rights groups have asked the US to stop its annual military aid to Egypt and put sanctions on the Sisi regime. However, the US administration of Joe Biden on Monday decided to resume the USD 300 million annual military aid to Egypt for “counter terrorism, border security and non-proliferation.” Part of the aid (USD 130 million) was withheld, asking the Egyptian government to fulfill certain conditions before it is released. The conditions include ending harassment of human rights groups inside the country and the release of 16 individuals from Egyptian prisons, names of whom were not disclosed.

The US will make around 10% of the $US1.3 bn in military aid it pays to Egypt conditional on Cairo ending a protracted legal investigation of NGOs, and on dropping charges against or releasing 16 people the US has identified, the Washington Post reported.https://t.co/NJgUey8kGi

The US congress had imposed conditions on the annual aid given to Egypt in 2014. However, both president Barack Obama and Donald Trump had used presidential waivers to bypass those conditions. Senator Bernie Sanders, Democratic presidential hopeful in last year’s elections, had asked the government to reinstate these conditions. Biden also promised during his election campaign that he would not provide military aid to Egypt until the Sisi government respects freedom and human rights.

In a statement issued on Monday, human rights groups, such as the Committee to Protect Journalists, MENA Rights Group and Egyptian Human Rights Forum, among others, questioned the Biden administration’s “dedication to human rights”, calling the move to resume the military aid to Egypt “dismaying,” Middle East Eye reported.