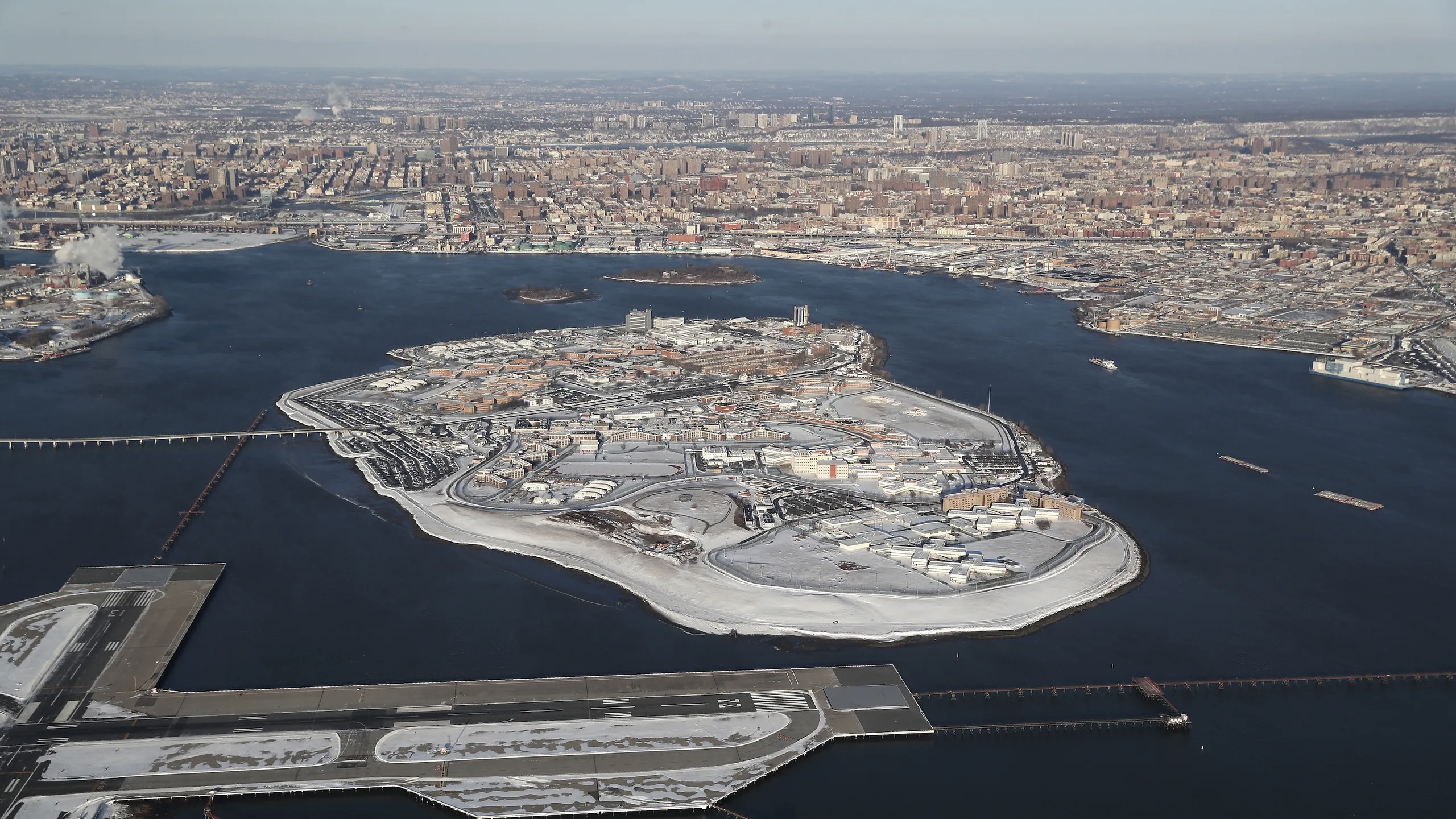 As the crisis at New York City’s biggest prison complex continues to pile on, another inmate dies barely a month after his arrest. 42-year-old Isa Abdul Karim died in the Rikers Island jail on Monday, September 20, of causes that are yet to be ascertained. He was arrested on August 18, for a minor parole violation, shortly after which he contracted COVID-19 while being held in an overcrowded intake unit.

Karim’s lawyer and partner have alleged negligence on the part of the prison authorities as he reportedly did not receive any medical or mental health care for weeks. Karim’s arrest on August 18 was the second time he was held at Rikers Island, with his previous stint in 2016 ended with a lawsuit against the guards for abuse and denial of medical care.

According to a report by The Intercept, Karim, who was wheelchair-ridden, was held at an overcrowded intake unit for 10 days, sharing a cell with around a dozen people, with no bunk beds throughout the whole time. After contracting COVID-19, he was held in quarantine before being assigned a unit in a prison cell. On Monday, he reportedly suffered a medical emergency and died even before the ambulance could reach the prison.

Karim’s family members had reported that they were not immediately informed about his death, and that fellow inmates had reported that he has been suffering from medical issues even after being discharged from his quarantine. Karim was set to be considered for release shortly, after a recent move by New York governor Kathy Hochul had capped the number of days of incarceration for minor parole violations at 30 days.

Before Karim, 10 other inmates died in the same prison, at least five of whom died of suspected suicide and two after being discharged for hospitals. City authorities and the state government have blamed the spiralling crisis on the massive shortage of staff the prison has been experiencing recently as prison guards have been taking long leaves in the middle of the COVID-19 pandemic.

According to reports, at one point, more than 3,000 of the nearly 8,500 prison guards were on leave, with no explanation. The prison guards’ union have on the other hand been complaining of being overworked and understaffed, especially during the pandemic and have called the local administration to hire more staff.

The massive shortage of staff caused the pre-existing issues in the prison to exacerbate. According to Mary Lynne Werlwas, director of the Prisoners’ Rights Project, in their “50 years of monitoring the city jails, this is one of the most dangerous times we’ve seen.”

At the same time, while understaffing has been an issue, activists have also pointed to a history of abuse at the hands of prison guards of inmates. Karim’s lawyer, Leo Glickman, who represents him in his outstanding lawsuit of abuse since 2016, pointed out his case as an example.

The Rikers Island prison complex, one of the largest in the world, held an average of 6,000 as of September 11, before falling to less than 4,000 after widespread outrage led to the state government introducing bail reforms and early release of prisoners.

An overwhelming majority of those held there are in pretrial custody or held in remand, with only a small proportion have been convicted, usually for short term jail sentences. The jail has been embattled with a history of violence and prisoner abuse, with both state and city administrations having announced by 2019 a planned closure of the facility by 2026. One of the key cases revealing the cruel nature of Rikers was that of Kalief Browder who has been arrested and accused of stealing a backpack. When his family was unable to meet the $900 bail, he was put in Rikers for three years without trial and two of them were spent in solitary confinement. Browder was eventually cleared of his charges and two years after he was released, he commit suicide due to the trauma he suffered in his incarceration.

The Gothamist reported that the recent deaths are indicative of a general crisis in the city jails. According to the report, the number of incidents of self-harm has climbed up alarmingly, ever since the onset of the COVID-19 pandemic. Prison authorities have recorded over 539 cases of self-harm and self-injury in city jails between April and June of this year, the highest in the past five years.

Activists have been calling for an immediate shutdown of the prison complex and early release or bail for the inmates, in the wake of the recent spate of deaths. Progressive lawmakers in the state have also joined the call, with recent visits by the likes of state senator Jessica Ramos, a Democrat from the Working Families Party, and Democratic state assemblymember Jessica González-Rojas, highlighting these issues and the abysmal conditions inmates are put through.

After her visit, last week, González-Rojas said in an emotional address to the press that “people have been stuck inside for days, for weeks, for months, without a court hearing, without being able to get transported to court, without medical care.”

“The conditions are not safe for those being held or working at Rikers,” said Ramos in her address over social media. “We must stop relying on jails & prisons as the primary treatment provider for people with mental health needs.”