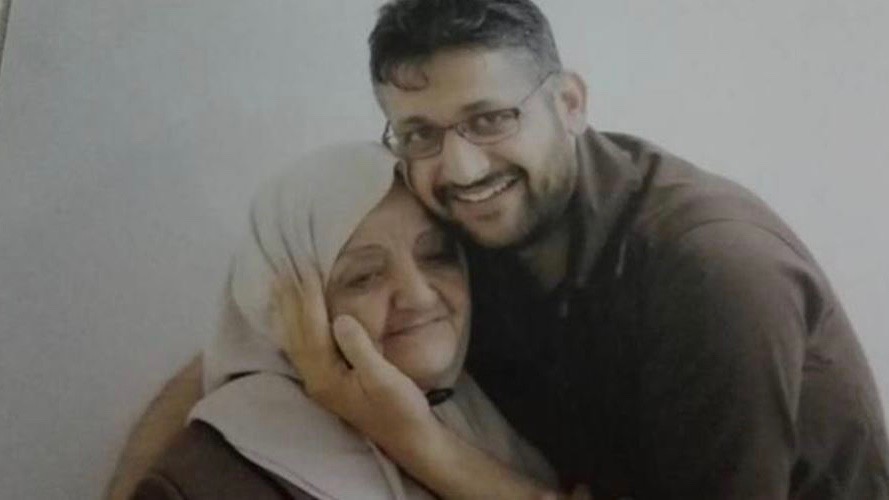 Mohammed Ardah, one of the six Palestinian prisoners who had broken out and escaped from the Israeli Gilboa prison last month, has launched a hunger strike to protest the abusive treatment he has endured since his rearrest, the Palestinian Information Center reported on Tuesday, October 5. Ardah reportedly began his hunger strike on Monday, according to Kareem Ajwa, one of the lawyers representing Ardah from the Palestinian Detainees and Ex-Detainees Affairs Commission. Ajwa met Ardah on Monday at the Ashkelon prison in southern Israel and reported that he is being held under “harsh isolation conditions” in solitary confinement for 14 days as a punitive measure.

Ajwa was quoted by Al Jazeera as saying that Ardah “announced a hunger strike to demand better living and detention conditions, and for prison authorities to drop the punitive measures that were taken against him.” Prison authorities conducted an internal hearing and sentenced Ardah to two weeks in solitary confinement and imposed various kinds of restrictions and punitive limits on him. Ajwa said that the restrictions imposed on Ardah include a two-month ban on family visits and canteen access, denial of personal belongings, including basic needs such as blankets, pillows or extra warm clothes for the approaching winter, as well as fines. He is being kept in unsanitary and unventilated conditions in his prison cell, constantly monitored by cameras. The prison authorities have reportedly conducted multiple rounds of investigation and used other forms of cruelty, such as depriving him of sleep, food, water and medical attention for prolonged periods of time.

Ajwa added that Israeli courts will likely issue a formal order to keep Ardah and the other prisoners in isolation, which may be renewed every six months indefinitely, effectively condemning them to “years of isolation.” The prisoners’ commission is reportedly planning to file a petition with the authorities to improve the conditions of Ardah’s detention. The other five prisoners who were also re-arrested in the days following their escape are being held in different prisons in Israel. They have also reported suffered similar rounds of interrogation, during which they have been put through extreme torture and mental and physical abuse. All five have been placed under harsh solitary confinement.

In addition to Ardah, six more prisoners are also currently on hunger strike to protest their illegal administrative detention by Israel. Two of the six prisoners, Kayed Fasfous and Miqdad al-Kawasma, on hunger strike for 82 and 75 days, respectively, have suffered serious life-threatening effects on their health, the International Committee of the Red Cross (ICRC) said on Monday. In a statement on its website, the medical charity said that “the ICRC doctor has been visiting both detainees and closely monitoring their situation. We are concerned about potentially irreversible consequences of such prolonged hunger strike to their health and life.”

The ICRC has appealed to the relevant authorities, as well as to the administrative detainees and their representatives, to work towards a solution to prevent senseless loss of life. The four other detainees on hunger strike were identified as Alaa Al-A’raj, Hisham abu Hawash, Rayek Bisharat and Shadi abu Akaer. They have been on hunger strike for 57, 45, 44, and 41 days, respectively. The ICRC said that it is closely monitoring the health and physical conditions of the other detainees as well. The detainees are already experiencing various effects of the hunger strike, such as fatigue, exhaustion, headache, body ache, weight loss, and deficiency of fluids in the body.

Under the colonial-era policy of administrative detention, Israel holds Palestinians in prison without charge or trial based on secret evidence. According to the latest statistics, there are approximately 520 Palestinians currently being imprisoned by Israel under administrative detention orders. Many of them have been detained for years as the policy can be renewed an indefinite number of times every six months without cause or explanation.