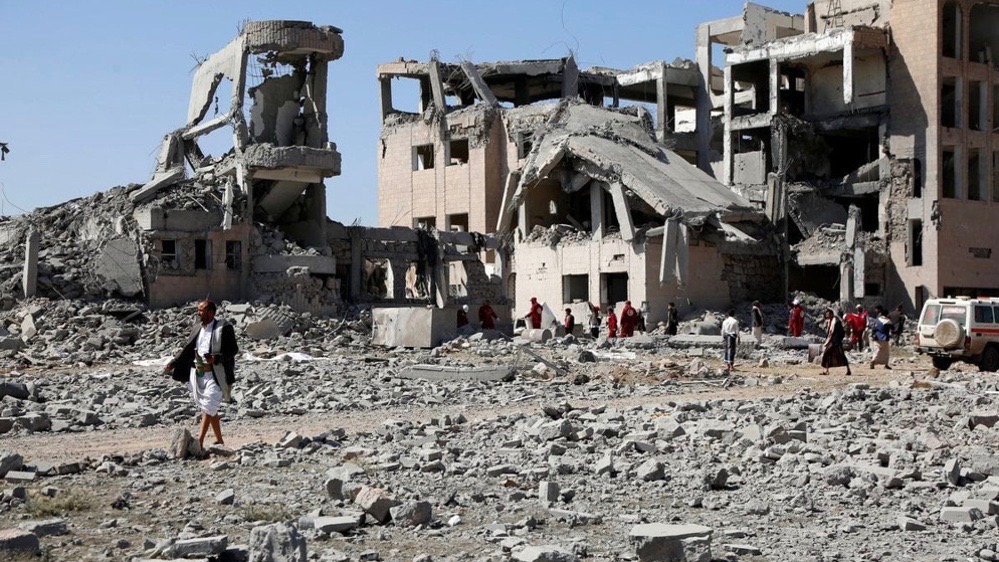 On Wednesday, November 10, the UN Security Council (UNSC) imposed sanctions on three top Houthi leaders in Yemen, freezing their global assets and imposing a travel ban for attacks carried out across the border in Saudi Arabia and indulging in war for control over the city of Marib. Meanwhile, the war in the country has escalated.

All the 15 members of the UNSC agreed on the proposal put forward by the UK claiming that Houthi attacks in Saudi Arabia have caused civilian deaths and their assaults on Marib have prevented humanitarian aid from reaching people affected by the war.

Wednesday’s sanctions raise the total number of Houthi leaders under UN sanctions to nine. The UN has previously sanctioned six other Houthi officials, including the leader of the movement, Abdel Malek al-Houthi.

Meanwhile, on Wednesday, the Saudi air force carried out several strikes in and around the Yemeni capital Sanaa leading to massive destruction of civilian infrastructure in areas such as al-Thawra and al-Hanifa, Iranian Press Tv reported. The coalition’s attacks were preceded by the Houthis’ claim of firing ballistic missiles in Saudi Arabia’s Asir province. The Houthis claimed that the target of ballistic missiles were militias stationed in the region to attack northern Yemen.

The Houthis also fired ballistic missiles on the Saudi-led forces’ positions near Marib following the killing of at least 178 of their fighters in Saudi airstrikes near the city, Xinhua reported. In the battle for Marib, both the Saudi-led coalition and the Houthis have made claims and counter-claims of deaths of several opposition fighters.

Meanwhile, foreign minister in the Houthi-led government in Sanaa, Hisham Sharaf Abdullah, without mentioning the UNSC sanctions, criticized the world community for politically using the humanitarian crisis in Yemen. He also disputed the claims of disruption of humanitarian supplies due to Houthi attempts to liberate the country.

The Houthis and several human rights groups have accused the UK of benefiting from the war in Yemen by supplying weapons to Saudi Arabia in violation of its commitments under the International Arms Trade Treaty (ATT). The UK is also accused of assisting the Saudi war crimes in Yemen. ATT prohibits the sale of weapons to countries which have used or may use them for human rights violations or war crimes. A UK court had ruled in 2019 that arms sales to Saudi Arabia were illegal.

The Houthis took control of Sanaa in 2014, alleging that the government of president Abd Rabbu Mansour Hadi was corrupt and an agent of the Saudis. Saudi Arabia formed a coalition of regional powers and attacked Houthi-controlled areas in Yemen in March 2015 in support of Hadi who later fled to Riyadh.

The ground and air offensive carried out by the coalition forces and their land, sea and air blockade have led to the deaths of thousands of civilians. According to the UN, at least 233,000 people have died in the war in Yemen since 2015. The war has also created a massive shortage of basic goods including food and medicine, pushing millions towards displacement and starvation. The UN has called this the “world’s worst humanitarian crisis of the century.”

All attempts to bring peace so far have failed due to the Saudi coalition’s reluctance to lift its blockade, which is the central demand of the Houthis.